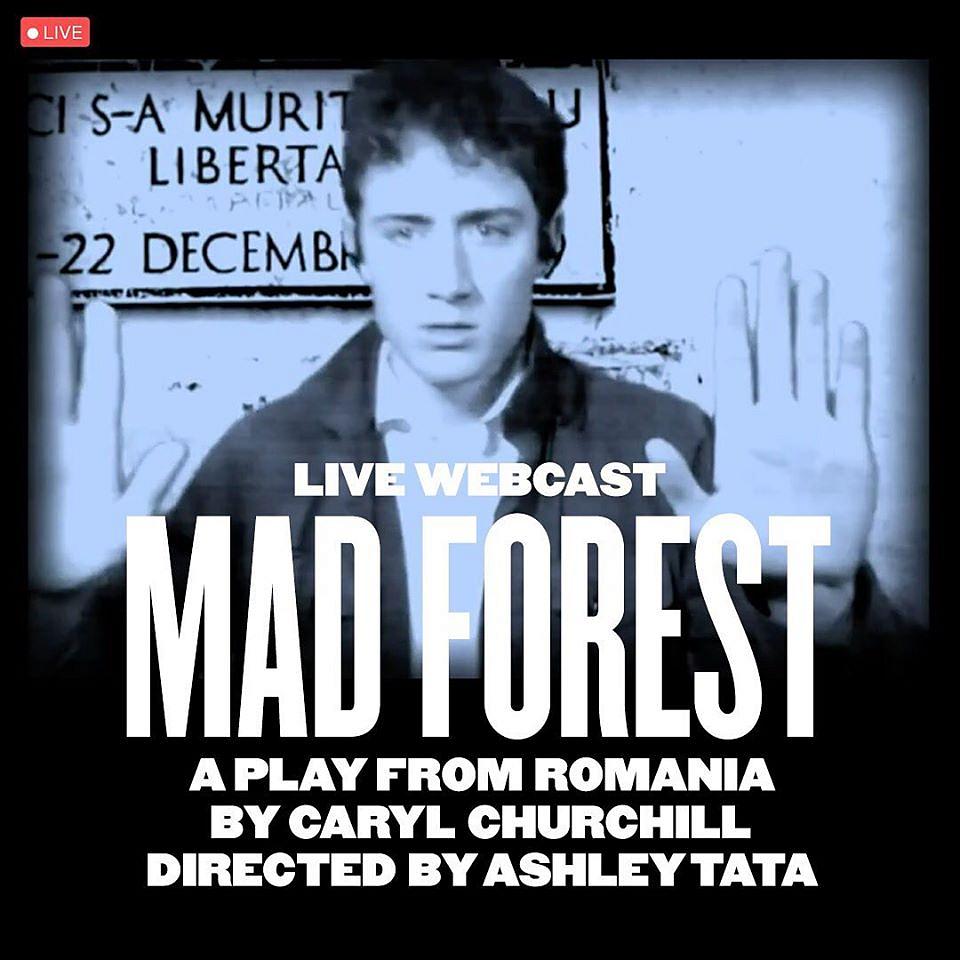 English playwright Caryl Churchill’s Mad Forest: A Play from Romania is available as a live webcast on May 27.

Directed by Ashley Tata, it is a coproduction of Theater for a New Audience and the Fisher Center at Bard College.

It is a specially modified version for Zoom which blends live performance, with actors from Bard each performing from remote locations across the United States, and video technology.

The live webcast can be watched for free, with prior registration.

Three months after the Romanian Revolution of 1989, Caryl Churchill, theater director Mark Wing-Davey, and a group of students from London’s Central School of Speech and Drama traveled to Bucharest. The playwright wanted “to see for herself what was happening.”

By the summer of 1990, the play, directed by Mark Wing-Davey, opened at Central School to strong reviews. Romanian director Andrei Șerban invited Mad Forest to return to Romania, and it was performed at the National Theater, Bucharest, in September of the same year. It then opened London’s Royal Court Theater in October 1990. In 1991, Mad Forest opened at New York Theater Workshop, directed by Wing-Davey with professional actors.

The production directed by Ashley Tata started as a live theatrical production. The company rehearsed in person and planned on performing at the Fisher Center. Faced with cancellation because of the coronavirus pandemic, they decided to move the production online.

The creative team and cast re-imagined the production entirely. Designer Afsoon Pajoufar scrapped the original stage design and created around 125 individually designed virtual backgrounds against which students would green screen themselves.

Fisher Center at Bard presented a single performance of Mad Forest on April 10, 2020. Three additional performances have been scheduled this May – May 22, May 24, and May 27.

More details on how to register for the event here.