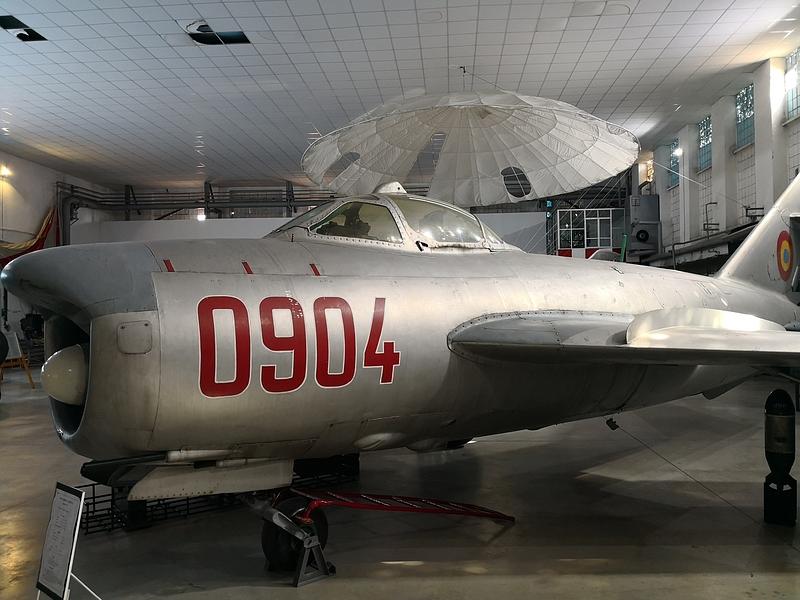 Larger, better-known museums might get most of the attention, justly so because of their collections, but they can also be more crowded or take more time to discover. In their turn, the smaller museums can offer a less overwhelming experience but plenty of interesting collections to discover, the fruit of driven collectors’ passion or niched interests. We have compiled a selection of suggestions from across Romania for our members.

Museums of Painted Eggs in Vama and Moldovița, Bucovina

The craft of painting eggs for Easter can be seen at various fairs organized by ethnographic museums in the country. Outside of the Easter period, several museums offer visitors to admire the work of artists dealing with this meticulous craft.

The museum in Vama has a collection of over 7,000 painted eggs from the region of Bucovina, from other regions of the country, and from 82 countries around the world. The eggs are decorated with religious, floral, or abstract motifs, and the collection also includes rare eggs, such as crocodile, flamingo, or tortoise ones. The collection belongs to artist Letiţia Orşivschi, who designed some of the eggs in the museum.

The museum in Moldovița also gathers an impressive collection of painted eggs, over 11,000, according to information on the museum website. Artist Lucia Condrea established the museum, and many of the painted eggs in the collection are her work. In addition, the collection includes old painted eggs gathered from the villages of Moldovița, Ciumârna, Breaza, Izvoarele Sucevei, Ulma, Brodina, Moldova Sulița, as well as an international collection, with donations from artists from 56 countries.

The museum is located in the historical center of Sibiu, in Piața Mică, in a 1568 building that is an architectural monument, with Gothic and Renaissance elements. The collection of the museum covers over 6000 items that tell the story of the evolution of the practice of pharmaceutical techniques for more than three centuries. The museum keeps the layout of an old-style pharmacy, with the main office and the laboratory, and also has a section dedicated to homeopathy.

This museum in northern Bucharest  (in opening photo) showcases the history of the local aeronautics, from its beginnings to 1959. The three pioneers of Romanian aviation - Traian Vuia, Aurel Vlaicu, and Henri Coandă – have dedicated areas, with replicas of the planes they did or items and documents that belonged to them. Other sections are devoted to the Second World War, where visitors can encounter a replica of the IAR 80 plane but also military uniforms and various documents, the post-1945-period, also including different types of planes and radiolocation stations and to the 1960s and 1970s, where MiG 17, 19 and 21, L-29 planes are presented, as well as flight simulators and radiolocation equipment. The open-air exhibition area includes various types of planes and helicopters, aviation equipment, or ground-to-air missiles.

The museum is the initiative of Szőcs Lajos, whose family has been making straw hats for three generations. It is located in a recently-refurbished peasant house, where visitors can see various hat models but also the craft deployed in the making of the hats. It gathers hat models from various parts of the country, and some of the stand-out exhibits are a 5-meter tall hat, and a hat with a diameter of 2 meters and weighing 2.65 kg.

The museum, an initiative financed by the local city hall and the mineral water bottler of the same name, covers the history of the area and its mineral springs. Visitors can see here photographs, various label designs, and containers used to transport water some 200 years ago. The oldest item in the collection is a bottle used for keeping mineral water at the end of 1800. Mineral water museums are also open in Tuşnad Sat and Odorheiu Secuiesc, all in Harghita county.

The Perfume Museum in Bucharest is the initiative of entrepreneur Val Iacob, the owner of Beautik Haute Parfumerie. It hosts a wide collection of perfumes, including the favorite perfume of Queen Marie of Romania. Besides the collection of fragrances, the museum also hosts various cosmetics items, perfume bottle openers, herbaria, and Romanian perfumes of multiple periods, such as those of local brands Macul Rosu, Farmec, or Miraj. Those who visit the museum can see here the Eau de Toilette perfume of the house of Lubin, dating back to 1852. It is the oldest perfume in the museum’s collection. It is kept in the original bottle and box, and the content is almost intact as the lid blocked and could not be reopened after the purchase.

This museum is one of its kind in the country and carries the name of professor Nicolae Simache, who first organized it in 1963. Its permanent exhibition illustrates how time-measuring devices changed throughout the 16th to the 19th century. The museum has a collection of almost 1,000 items, only a part of which are on display. Among them are a solar quadrant, a wooden pendulum built in 1634, a water-activated clock, dating back to 1654 London, tower clocks, many timepieces made by British, French, or Swiss masters, as well as clocks with musical mechanisms, among many others.  A part of the collection showcases clocks that belonged to personalities such as prince Al. I. Cuza, statesman Mihail Kogălniceanu, 1848 Revolution leader Cezar Bolliac, writers B.P. Haşdeu, I.L. Caragiale, and Duiliu Zamfirescu, and painter Theodor Aman.

A museum dedicated to the oil industry and its local history could not be absent from a city with so many refineries around. With a patrimony encompassing thousands of items and documents, the museum hosts such pieces as 19th-century drilling equipment made of wood, geological maps, petrol street lamps, the model of the first mechanical drilling rigs used in Romania, as well as certificates, medals and photographs belonging to personalities of the industry.

Established at the end of the 19th century by a German geologist who collected some of the items found in the mines in the area of Hunedoara, the museum has a large collection of native gold items, over 1,000 items in total. Visitors can see here the spectacular shapes taken by the gold exhibits, from plants and animals to even the map of Romania. None of the items on display has been worked on by craftsmen or jewelers – one of the defining elements of the collection.

Better known for its art or ethnographic museums, Sibiu also hosts a railway museum hosting a collection of steam locomotives - standard gauge and narrow gauge locomotives, snowplows, and steam cranes. The engines on display were built between 1885 and 1959 in Romania, Germany, and the United States. Meanwhile, many of the locomotives on display at the museum in Reșița were manufactured at the local plant. The locomotive factory put out the last steam locomotive in 1964, after which production shifted to diesel and electric locomotives. One of the star exhibits is the locomotive Resicza No. 2, built in 1872.