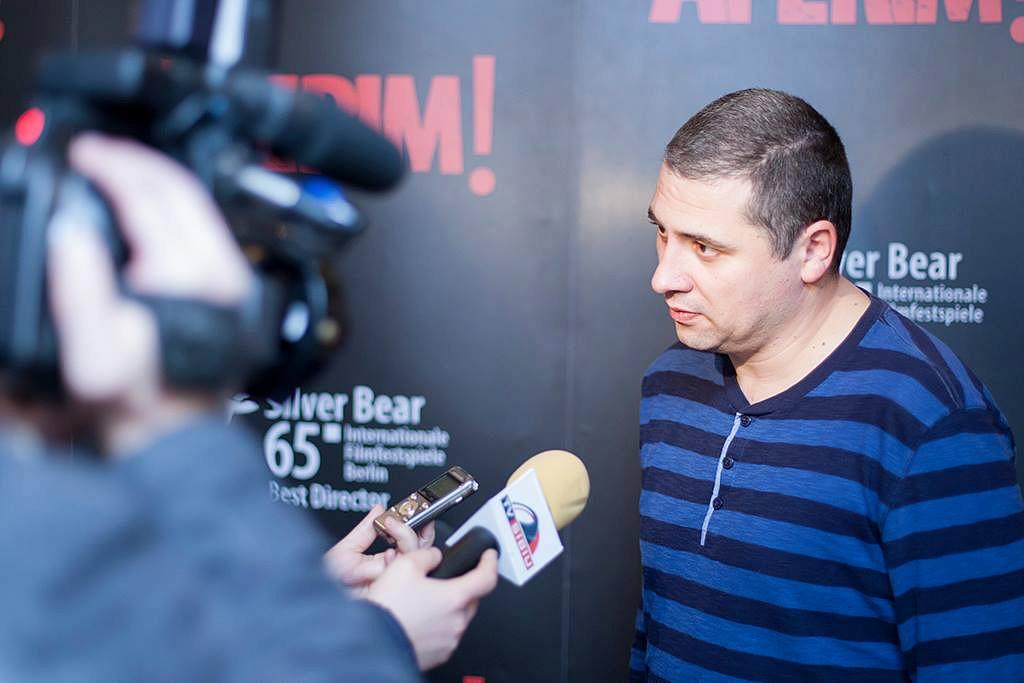 Three films of Romanian director Radu Jude, the winner of the Silver Bear in 2015 for the movie Aferim!, will be screened at this year’s edition of the Berlinale.

The films Tipografic majuscul (Uppercase Print) and Ieşirea trenurilor din gară (The Exit of the Trains), the latter made by Jude in a collaboration with historian Adrian Cioflâncă, will have their international and world premieres in the Forum section of the Berlinale. It is the first time a Romanian director has two films selected in the same section.

The Forum section screens a selection of innovative or experimental films. In time, the section hosted the premieres of the productions of filmmakers such as Jean-Luc Godard, Claude Lanzmann, Harun Farocki, Alexander Kluge, Danielle Huillet, Jean-Marie Straub and Aki Kaurismäki. This year, it features 35 productions from countries such as Spain, Germany, United Kigdom, China and Brazil.

At the same time, Jude's feature film Somnambulii (The Sleepwalkers) will presented at the Berlinale Co-Production Market, a film project market gathering producers, sale agents,and distributors from all over the world.

Uppercase Print is an adaptation after theater director Gianina Cărbunariu’s documentary of the same name. The film intertwines two stories: the real one of teenager Mugur Călinescu, who in 1981 wrote on walls a series of texts against the dictator Nicolae Ceauşescu, and the official version of Romania as presented by the public television at the time. It will open in local cinemas on February 21 of this year.

The Exit of the Trains is a montage made up entirely of archive photos and documents concerning the June 1941 pogrom of Iaşi, with photographs of the victims and a soundtrack with statements about their fate.

The Sleepwalkers is the most recent feature project written by Jude, and is described as a comedy about the body, sex, technology and society. It is produced by Ada Solomon, who also produced Jude’s Berlinale-winning Aferim!.

This year's edition of the Berlin International Film Festival will be held from February 20 to March 1.