RO president Iohannis sees PM Citu in his seat until 2024 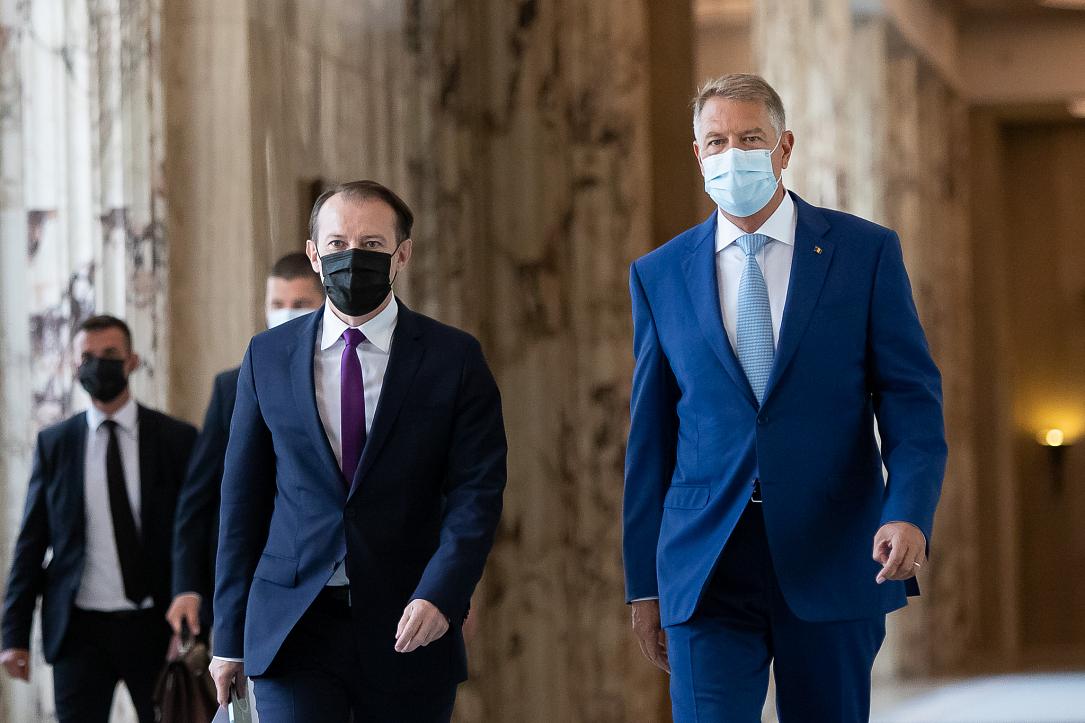 Romanian prime minister Florin Citu may remain in office, with his Liberal Government, until the next election [in 2024], Romanian president Klaus Iohannis said while attending the 76th session of the UN General Assembly in New York, Hotnews.ro reported.

How this can be done, he didn't explain. But, between the lines, he implied that he expects the turmoil to end all of a sudden with the center-right parties shaking hands and scraping together the no-confidence motion - a scenario that does not seem realistic at this moment. What makes it unrealistic is that the president assumes PM Citu will remain in his seat until 2024.

The hopes for a last-minute political trick President Iohannis keeps secret until the Liberal Party's congress are fading away.

"Florin Citu has no reason to resign or be fired," President Iohannis said bluntly, apparently ignoring the political turmoil and the imminent constitutional crisis. "I encourage Florin to continue and not be afraid [and I encourage] the Liberals to stay at power," Iohannis said.

He indirectly admitted that a crisis exists, when assuring that "the current governmental crisis will be settled after the congresses of the Liberal Party (PNL) on September 25 and reformist party USR-PLUS [October 2]." No hint into how the conflict might be settled was provided, though.

Iohannis also announced that he would attend on September 25 the congress of the Liberal Party (PNL), where the party is electing its president.

He has repeatedly expressed support for PM Citu, who runs against the incumbent PNL leader Ludovic Orban.

He said he still talks with Ludovic Orban. "But who can understand [these days] Ludovic's reactions," Iohannis added in response to Orban's open dissatisfaction with the president's involvement in the party's internal elections.