The Independent: A night tour in Transylvania’s creepiest forest 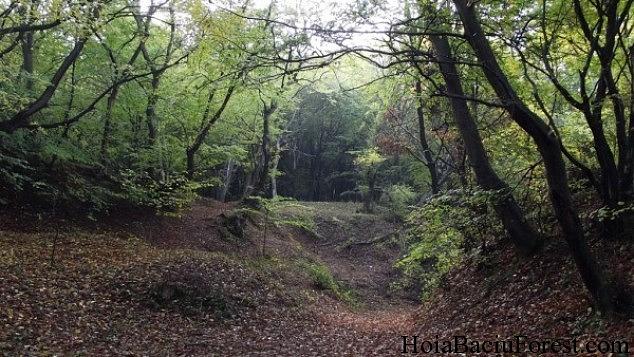 Although Romania’s famous region of Transylvania is best known for Dracula’s Castle, there is an even creepier place here, and that is the Hoia Baciu forest. In 2014, a ranking made by Movie Pilot included this forest among five of the freakiest places on Earth.

British publication The Independent has published a feature story of Sophie Buchan’s night-time stroll in the haunted Hoia Baciu forest. The journey starts at The Clearing, the place in the forest where trees stop in a uniform oval where nothing grows. This is believed to be the creepiest place in the forest.

Alex, the guide of the team of journalists, even recalls a story about The Clearing: “Once when I came here I found 60 people from Bucharest trying to open a gate into another dimension.”

This strange place is like a magnet for Romanian witches, sword-wielding Americans, and people who try to cleanse the forest of evil through the medium of yoga, reads The Independent story.

The forest was named after a shepherd who went missing in this place with a flock of 200 sheep. It came to international attention in 1968 when Emil Barnea, a military technician, photographed what he claimed was a UFO hovering over The Clearing. Today, visitors to the forest complain of strange symptoms such as nausea, anxiety, the feeling of being watched, and the failure of electronic devices. Ghosts were also seen in this strange place, according to people stories.

The Hoia-Baciu Forest is located near Cluj-Napoca in Central Romania. Also known as Romania’s “Bermuda Triangle”, the forest covers 250 hectares and is a really spooky place.