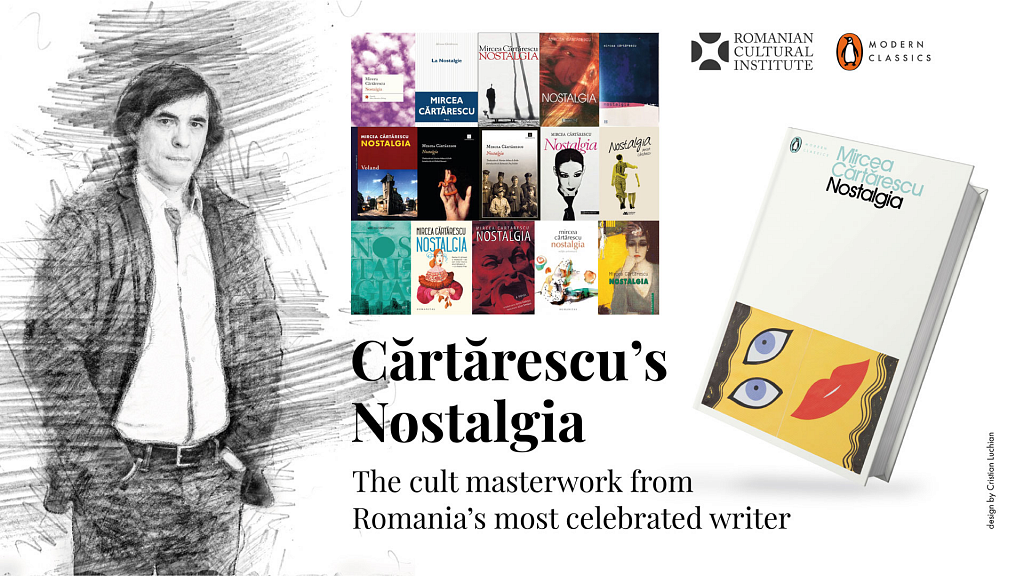 The Romanian Cultural Institute (ICR) in London is organizing a series of events to mark the release in English of the volume Nostalgia by Mircea Cartarescu, in the prestigious Penguin Modern Classics series. The novel was translated into English by Julian Semilian.

The events are organized in partnership with the British publishing house.

The first event was held online on June 1, but the series will continue on June 7 with a discussion meant to map the prominent literary generation of the 80s. Three of its most distinguished representatives - Mircea Cartarescu, Magda Carneci and Matei Visniec - will meet cultural journalist Miriam Balanescu during the event.

Then, on June 10, renowned English writer, journalist and literary critic Boyd Tonkin, former chair of the Man Booker International Prize, will meet Mircea Cartarescu for a conversation about Nostalgia.

Two other events complete the series: a visual essay about the 1980s Bucharest with images made by architect and photographer Andrei Pandele, and the screening of a short film about Mircea Cartarescu - The Restlessness of Time/Nelinistea timpului by Stefan Constantinescu.