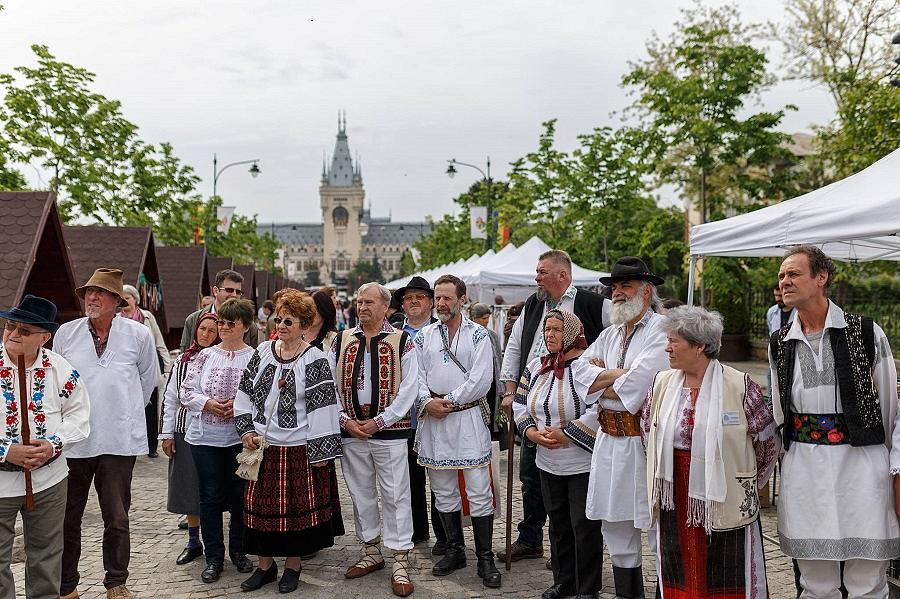 Mihai Chirica, the mayor of Eastern Romania city of Iasi, would like the traditional Romanian blouse known as "ie" be inscribed in the UNESCO cultural patrimony and has invited the Romanian Royal House to join this initiative, Agerpres reported.

The mayor wants to gather over 10,000 people in front of the Culture Palace in Iasi on June 24. They would all be wearing the ia. In this way, the mayor hopes this traditional clothing item would be recognized worldwide.

“We want to have the ia as a Romanian cultural patrimony good recognized by UNESCO. This is possible if on June 24 we all meet in front of the Culture Palace. For this we need to be at least 10,000 people. Together with the citizens of Iasi, those from the Republic of Moldova, from the Cernauti province, in Ukraine, I would be happy if members of the Royal House would be present, dressed in the traditional Romanian blouse, the Romanian ia,” the mayor said.

An “Ia tram” has recently started to circulate in the city, the only one in Romanian dedicated to the traditional dress. The tram was painted with traditional motifs by four students of the George Enescu Arts University. The inside of the tram is also personalized with traditional motifs, and features a photo gallery showcasing the regional characteristics of the ia on Romania’s territory.