Heroes’ Day special: Monuments in Romania that remind people of their heroes 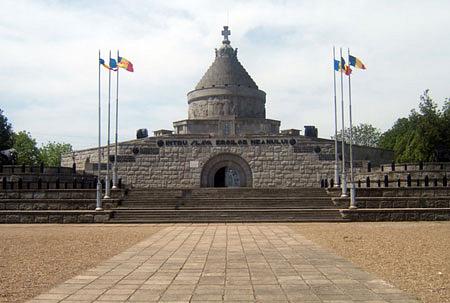 Romania celebrates its heroes every year, 40 days after Easter, on the Ascension Day. This year, the Heroes’ Day, which is a national holiday, will be celebrated on June 9 through several events organized by the local authorities.

Romania lost over 335,000 soldiers in World War I and some 300,000 more in World War II. There are many monuments in Romania that celebrate those who have died for their county, such as the mausoleum in Marasesti and the giant cross in Bucegi Mountains.

Here are some of the most important such monuments in Romania:

The Mausoleum of Marasesti is one of the most imposing in the country and among the most majestic such monuments in Europe. The memorial site is dedicated to the commemoration of the Battle of Marasesti and Romanian soldiers who were killed during World War I.

The Battle of Marasesti was the last major battle between the German Empire and the Kingdom of Romania on the Romanian front during the World War I, and kept the northeastern region of the country free from German occupation.

Work on the mausoleum started in 1923 and was completed in September 1938. King Carol II attended its inauguration.

The monument has 154 individual crypts and nine standard crypts arranged on 18 corridors, which host the remains of more than 5,000 Romanian soldiers and officers killed during World War I.

Carol Park, one of the most popular parks in Bucharest, hosts an impressive monument dedicated to Romanian heroes.

The Carol Park Mausoleum, known as the Monument of the Heroes for the Freedom of the People and of the Motherland, for Socialism during the Communist period, was built in honor of revolutionary socialist militants. Build by the plans of architects Horia Maicu and Nicolae Cucu, the mausoleum has a height of 48 meters and was inaugurated on December 30, 1963.

In 1991, the mausoleum was dismantled and the Communists’ remains were exhumed and moved to other cemeteries. They were replaced by the remains of soldiers fallen in World War I, brought from the Marasesti Mausoleum. The mausoleum and the monument in front of it were dedicated to the Unknown Soldier.

A giant cross located on the Caraiman Peak in Bucegi mountains also commemorates the Romanian heroes who died in World War I. Located at an altitude of 2,291 meters, the Heroes’ Cross has a height of 40 meters and is one of the main attractions in Prahova Valley.

The cross is made of steel, placed on an 8-meter tall cement base, and is unique in Europe, not just because of its dimensions, but also for the altitude where it is located. In early-2014, the cross set a Guinness record for the tallest summit cross.

The monument’s name is the Heroes’ Cross, but it is popularly known as the Cross on Caraiman.

Romania’s Arch of Triumph (Arcul de Triumf in Romanian) is 27 meters tall and is located at the crossroad between Kiseleff and Constantin Prezan, Alexandru Averescu and Alexandru Constantinescu boulevards. It was built in 1922 and renovated in 1936. The monument commemorates Romania’s victory in World War I.

Bucharest City Hall started revamping the Arch of Triumph in 2014. The work was supposed to be completed last year, but it’s still ongoing. 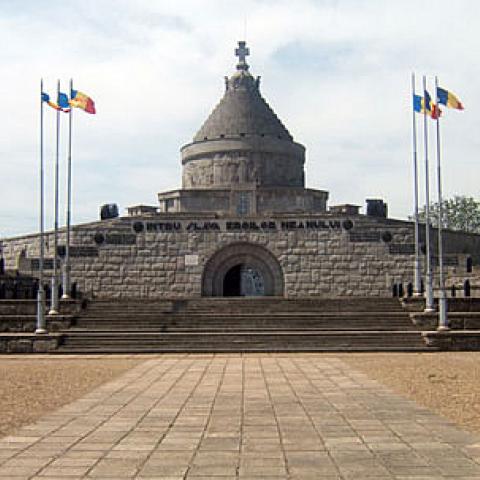 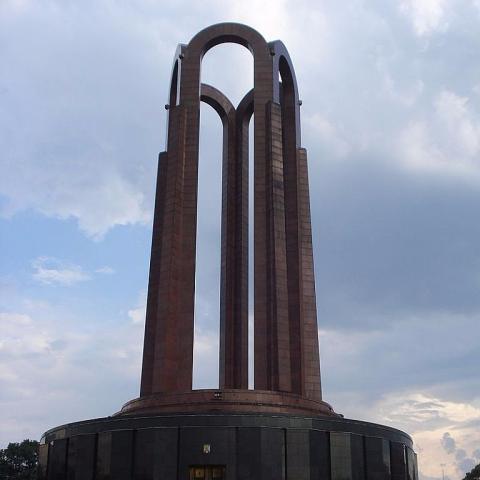 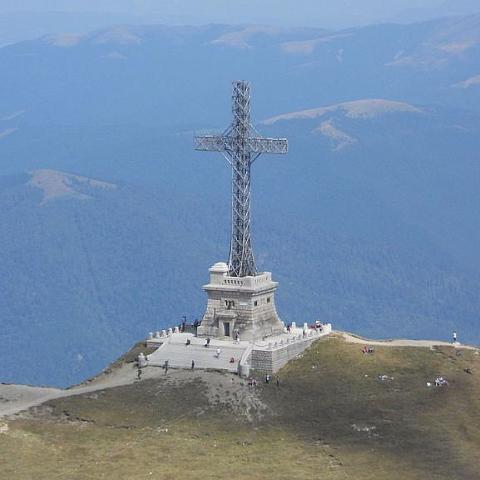 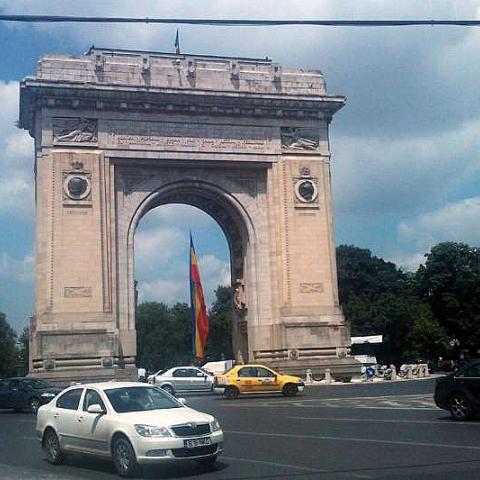