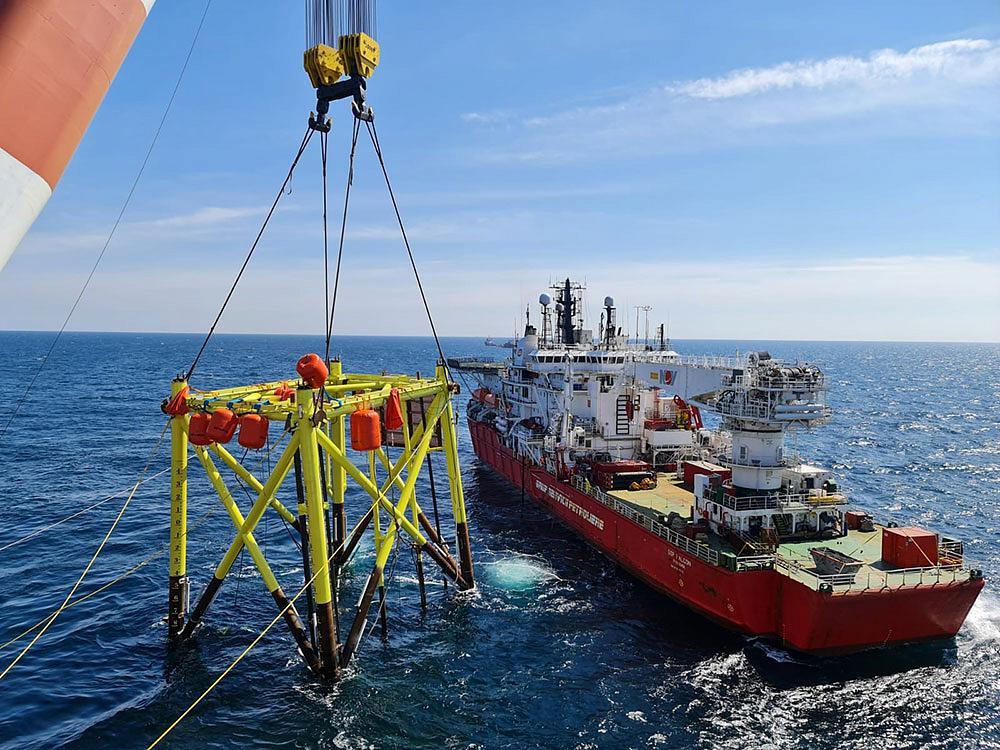 Grup Servicii Petroliere (GSP), a Romanian oil services company, announces the successful installation of the first fixed drilling platform in the Ana perimeter, operated by Black Sea Oil and Gas (BSOG). It is located in shallow water, over 120 km off the coast.

"The moment marks more than three decades since the first oil rig in the Black Sea became operational in May 1987. It took 34 years for Romania to find the courage, resources, and allies to develop new exploitation projects in the continental shelf of the Black Sea," says GSP president and majority shareholder Gabriel Comanescu, Economica.net reported.

"After 34 years, the Romanian company GSP, in partnership with the developer Black Sea Oil and Gas, is installing the first fixed platform that will extract gas from the Black Sea continental shelf," GSP's statement said.

The jacket (the platform's base) for the Ana fixed platform was manufactured at the GSP shipyard in Agigea.

The 1,300-ton drilling equipment is 101 meters high, of which 69 meters are below sea level. The jacket will carry the platform's upper structure (topside), which is also built in the GSP operational base in Agigea and will be transported and installed shortly.

BSOG expects to deliver natural gas extracted by the Ana platform by the end of this year.