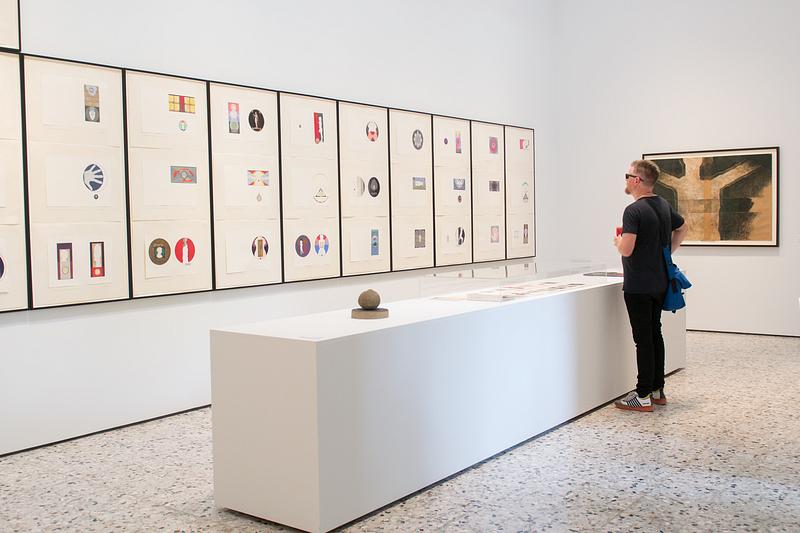 Thirty-one works of artist Geta Brătescu (1926-2018), from the collection of the National Museum of Art of Romania (MNAR), can be seen in the exhibition Understudies: I, Myself Will Exhibit Nothing, open at the KW Institute for Contemporary Art in Berlin.

The 31 drawings selected are part of the illustration of Johann Wolfgang von Goethe’s Faust, translated by Ştefan Augustin Doinas, and published in 1983, MNAR said in a Facebook post.

Brătescu, considered a central figure of Romanian contemporary art since the 1960s, created works in drawing, collage, photography, performance, illustration and film. In 2017, she was selected to represent Romania at the 57th Venice Biennale.

(Photo: Works by Geta Brătescu on display at the 2017 Venice Biennale/ Pavilion of Romania by Kristina Kostova | Dreamstime.com)