Film festivals in Romania: What's on the agenda for 2021 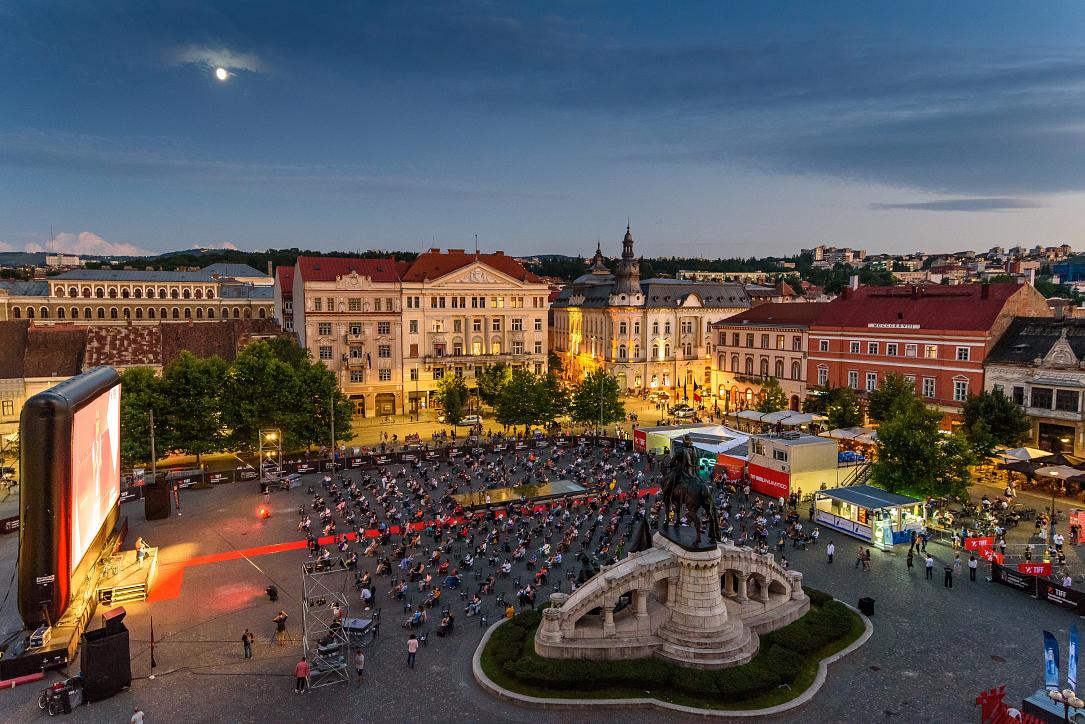 Several of the largest and longest-running film festivals in the country have already announced the dates for this year's editions. Many events are scheduled to take place in summer, when outdoor screenings are an option, and have kept an online part, which allowed them last year to reach a wider audience.  Below is a roundup of some of the announcements so far.

Documentary and human rights festival One World Romania plans to hold this year’s edition between May 21 and June 6, showcasing a program of more than 60 films from all over the world, most of them shown for the first time in the country. The festival will cover this year the theme of femininity and feminism in various cultures in the world, social environments, and eras. The organizers plan to hold screenings in Bucharest between May 21 and May 30 at Elvire Popesco Cinema, Romanian Peasant Museum Cinema, and other indoor and outdoor venues in the city. A series of online screenings, available from anywhere in the country, is scheduled for May 31 – June 6.

Transilvania International Film Festival (TIFF), the largest film festival in the country, plans to hold its 20th edition between July 23 and August 1. The Cluj-Napoca-based event, which also has editions in several other cities in the country, prepared a program of open-air and indoor screenings, if the context allows them, within the capacity set by the authorities. It is put together “with the hope that local norms concerning open-air public events will align to those in most European countries, where the number of people allowed to attend goes up to 1,000 or even more,” the organizers said in February, stressing that safety measures remain a priority. As it happened last year, a selection of films will be available online, on the festival’s VoD platform TIFF Unlimited. Filmmaker Nae Caranfil is set to receive the festival’s excellence award at this year’s edition.

Anonimul International Independent Film Festival, held every August in the Danube Delta, said it would hold this year’s edition between August 9 and August 15 and already opened the submissions for the short film competition. The location of the festival is the isolated Sfântu Gheorghe, accessible only by water or air.

The event dedicated to documentary film held yearly in Sibiu plans a two-stage edition. Between August 27 and September 12, Astra Film Festival will hold open-air film screenings and various events (August 27 - September 5) and an online part (September 6 – September 12) encompassing film screenings, events, and a program for the documentary film industry. Afterward, Astra Film Junior, an audio-visual educational program using documentary film, is scheduled between October 11 and October 16. The program is meant to get young audiences acquainted with Romanian and international documentary films as “a tool to understand contemporary realities.” Meanwhile, filmmakers from all over the world can submit their 2020 and 2021 work in the festival’s four competition sections until April 15. The festival will also run themed programs and curated sections.

Bucharest International Animation Festival Animest is to take place between October 8 and October 17. The deadline for submissions in any of its eight competition categories - Feature film, Short film, Anidoc, Student film (graduate or undergraduate), Music Video, Romanian short film, Minimest (children’s film), and VR film – can be made until June 20. “We are still confident, trusting our chances to return to cinemas for the 16th edition. On the other hand, the major success of the previous edition (our first ever online edition) convinced us to keep the virtual film screen on our festival map, so animation lovers from all over Romania will be able to watch your movies,” the organizers said.

This is a new festival, scheduled to take place in Iaşi, in northeastern Romania, between June 2 and June 6. The festival aims to showcase a selection of the best art short films made in the past two years. It also runs a competition section for Romanian shorts, where submissions can be made until April 7. The festival will join other creative industries present at Romanian Creative Week, taking place in Iaşi over the same period, June 2 – June 6.

Cinemas in Bucharest have been closed since March 8 after the Covid-19 incidence rate in the city exceeded 3 per 1,000 inhabitants. The authorities decided this week to introduce tighter restrictions to limit the spread of Covid-19, including various curfew schedules, depending on the infection rate in every locality. Every festival provides updates on its program and any potential changes due to the sanitary situation.