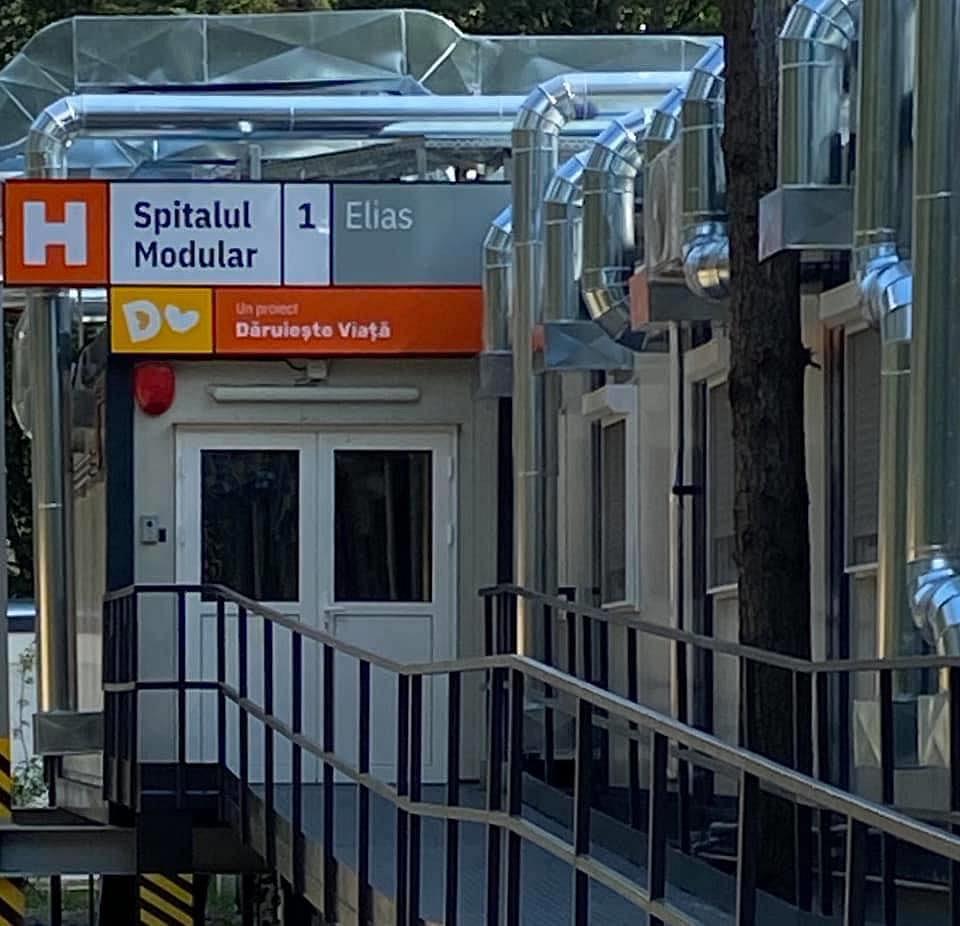 The modular hospital was built by Dăruieşte viaţă NGO in the courtyard of the Elias Hospital in Bucharest. It was funded from the donations made by more than 250,000 people and 650 companies.

“The Elias 1 Modular Hospital is already treating 22 patients and, starting today, the intensive care unit will also be open; we provided two stations and 15 vital function monitors and the Romanian Society for Anesthetics and Intensive Care (SRATI) sent six ventilators for invasive mechanical ventilation,” the NGO said in a Facebook post.

The 1,200 sqm hospital has a total of 38 beds. It took some EUR 2.2 million to build. A team of 70 people worked to build it between April and June of this year.

Although the hospital was ready in June, it only opened weeks later as the authorities struggled to find the needed staff and the authorization process took a while, Hotnews.ro reported.

The Elias Hospital initially requested approval for an intensive care hospital. It later changed this to a request for a triage hospital approval. On July 18, health minister Nelu Tătaru explained that he hoped that the authorization process would not last long as the hospital was needed. Still, in the two weeks since then, the hospital was only partially used, with several mild to serious coronavirus patients admitted as it lacked the needed staff and the ventilators - equipment that was to be provided by the authorities, according to Hotnews.ro. Furthermore, deploying the required medical staff could not be done right away, Raed Arafat, the head of Romania’s Emergency Situations Department (DSU), told Hotnews.ro.