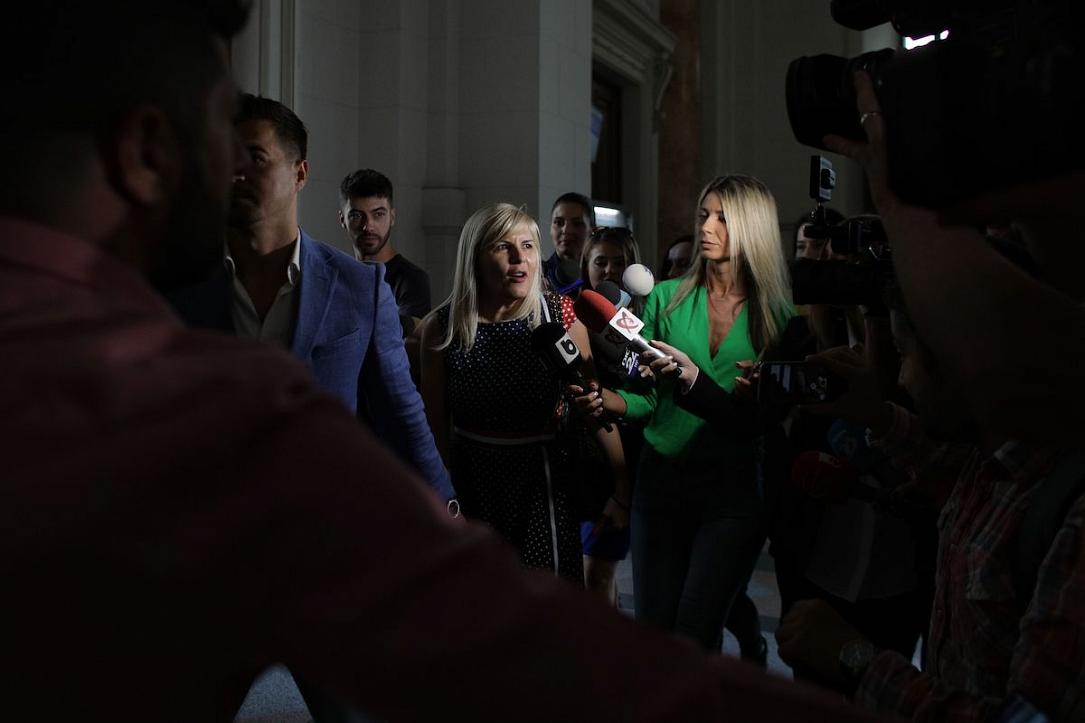 The Bucharest Court of Appeal sentenced former tourism minister Elena Udrea, one of the most influential politicians in Romania during former president Traian Basescu's regime, to eight years in jail.

Traian Basescu's older daughter, Ioana Basescu, also received a five-year jail sentence in a corruption case related to the illegal financing of her father's electoral campaign for the 2019 presidential elections, Digi24.ro reported. The sentences are not final and can be challenged at the High Court.

The Bucharest Court of Appeal found Udrea guilty for bribery and money laundering and also ruled the seizure of RON 1 mln (EUR 205,000) from the former minister. Udrea can file an appeal against this decision.

Gheorghe Nastasia, a former secretary-general in the Tourism Ministry during Elena Udrea's mandate, also received a six-year jail sentence for bribery. Two other defendants got suspended jail sentences, and journalist Dan Andronic was acquitted of all charges.

The National Anticorruption Directorate (DNA) sent this case to court in 2017.

This is not Elena Udrea's first conviction. In June 2018, the High Court sentenced her to six years in jail for bribery and abuse of office in a corruption case related to the illegal financing of a boxing gala starring former Romanian Champion Lucian Bute, which took place in July 2011. The sentence was final, but Udrea managed to dodge jail as she fled to Costa Rica at the beginning of 2018, before the Court's ruling. She applied for political refugee status in Costa Rica, but returned to Romania in July 2019, after a Constitutional Court's ruling determined the suspension of many high-profile corruption cases and sentences on procedure issues.

Elena Udrea said the new sentence received on March 2, 2021, came as a shock to her. "I returned to the country convinced that something has changed in Justice and that you can defend yourself, which I hadn't done in the Gala Bute case," she said at Antena 3 news channel.

"I know that did everything that I could do. I brought all the evidence that I could bring to show that the prosecutors' accusations were out of touch with reality," Udrea added.