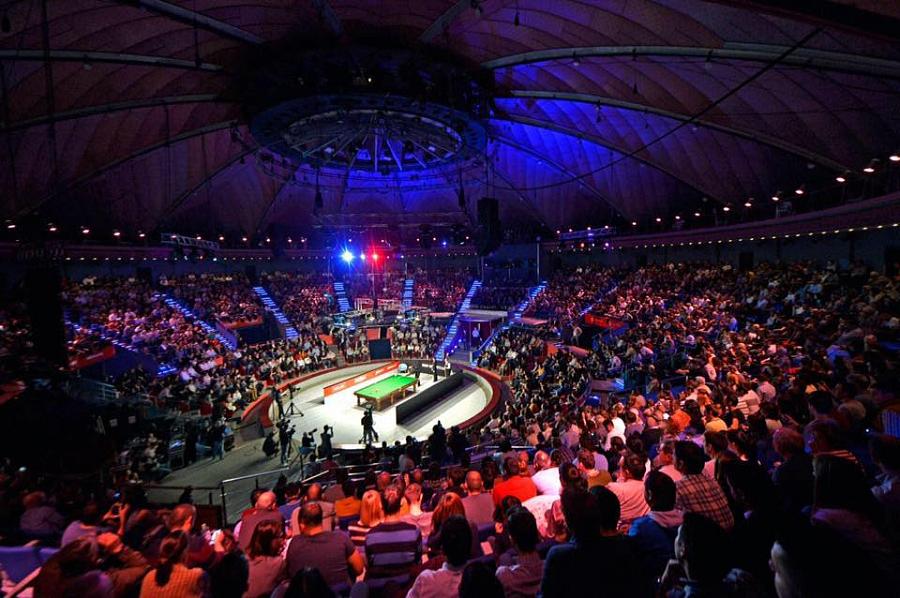 The first edition of the European Snooker Masters will take place at Bucharest’s Globus Circus between October 3 and October 9. This is one of the top sports events hosted by Romania.

Eight of the top ten snooker players in the world will come to Bucharest, including Ronnie O'Sullivan, Mark Selby, Stuart Bingham, Judd Trump, John Higgins, and Neil Robertson. Some of these players have come to Romania in the past two years to play exhibition games. The popularity of these events has determined the organizers to talk to World of Snooker to bring the European Snooker Masters to Bucharest.

The event will remain in Bucharest for at least three years, if the first edition doesn’t register major losses, according to Bogdan Enoiu, general manager of McCann Worldgroup Romania, the tournament’s organizer.

“The prizes total EUR 350,000 and the whole budget to organize the competition is EUR 500,000. It’s a rather big sum, difficult to raise in a few months. But the event will be good publicity for Bucharest,” Enoiu said in a press conference, according to local Agerpres.

“After the Ronnie O’Sullivan exhibition games, we can say that snooker has become popular in Romania for the 30-40-year generation,” Enoiu added.

He said that the biggest challenge was finding a location to host the event in Bucharest. The organizers initially announced that the tournament would take place in Bucharest, after which they looked at Cluj-Napoca because they couldn’t find a suitable location in Bucharest. However, they decided to stay in Bucharest because there are more snooker fans here.

“The major problem we faced was the lack of a multipurpose sports hall in Bucharest. We hope this problem will be solved in the next 2-3 years,” Enoiu said.

The European Masters is the second most important snooker event in Europe. The tournament will bring 32 players to Bucharest and will be aired by Eurosport in Romania and 70 other countries.

Tickets for the event are available for sale on the Eventim.ro website.