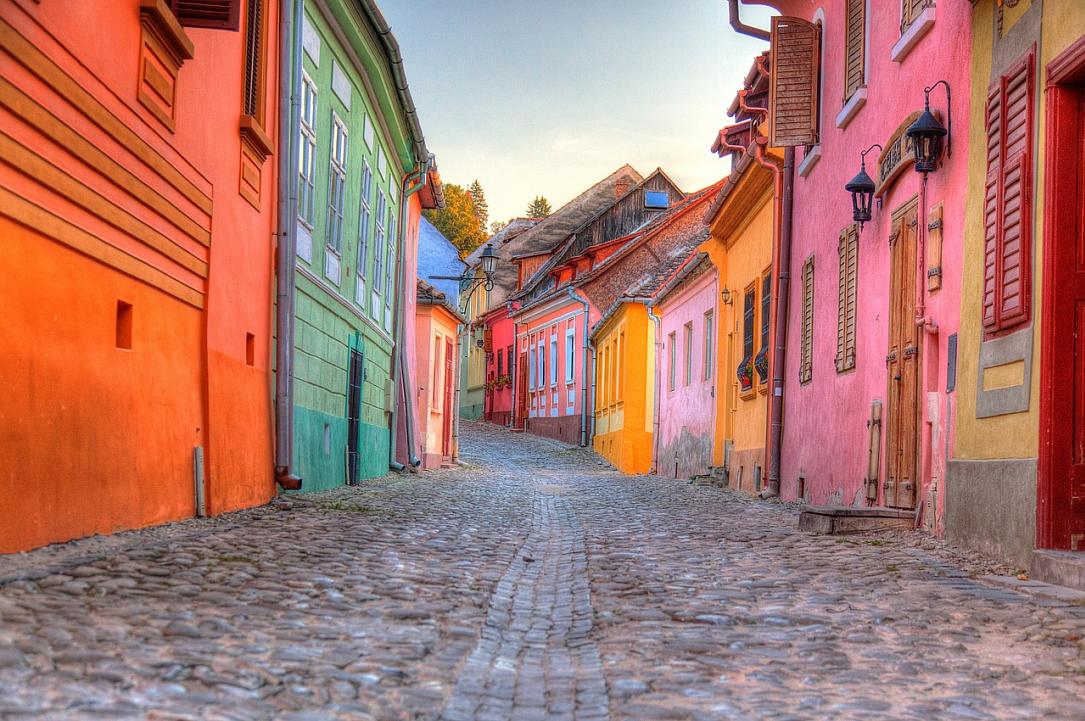 When it comes to getting out and exploring culture, history and art, Romania offers many city break options. From medieval settlements to cities with a rich Art Nouveau heritage, here is a list of options to consider for this year’s travel list.

The future European Capital of Culture of 2021 has a multicultural background, a vibrant cultural life and impressive architecture. It stands on the bank of the Bega river, which can be explored by boats operated by the city’s public transport company.

One of the impressive aspects of Timișoara is its patrimony of historical monuments, spread across its historical neighborhoods. The city has a long tradition when it comes to urban planning, dating back to the 18th century, which left many Baroque buildings of Viennese influence and the city’s nickname of Little Vienna. Towards the end of the 19th century Timișoara underwent an ample modernization process, when many Art Nouveau buildings were added and the downtown area remodeled. Among the buildings dating back to that period are the palaces in Victoriei Square, the Neptun Public Baths or the Brück House in Unirii Square. Not to be missed while in town are the Metropolitan Cathedral, the Opera House, the Baroque Palace, which hosts the art museum, the Huniade Castel, home to the history and natural sciences museums, and currently under renovation, and the Banat Village Museum.

Timișoara is also home to a host of festivals, among them JazzTM, Plai Festival, Ceau Cinema Film Festival or Vest Fest. It also hosts the Museum of the Communist Consumer, rather fitting in the city where the 1989 Romanian anti-communist revolution started.

One extra reason to visit Timișoara? It can be a good gateway for trips to other European cities as it is only a few hours’ drive away from Budapest, Belgrade and Vienna. More about Timișoara here.

Oradea is the place to go for architecture fans for its impressive stock of Art Nouveau buildings, many of which have been refurbished in recent years. A stroll through the city should include the Black Eagle Palace, a Secession style architectural accomplishment, the Oradea Fortress, which has a history of almost 1,000 years, and Țara Crișurilor Museum, where visitors can discover more about the area’s history. Oradea also has many beautiful parks and squares, among them the Union Square, an area that gathers the Town Hall and the Greek Catholic Bishop Palace, and the eclectic Ferdinand Square. More about Oradea here.

A success story when it comes to economic development, Cluj-Napoca makes for a good travel destination year-round. In spring and summer it hosts some of the largest and most popular festivals in the country such as Transylvania International Film Festival (TIFF), Untold, or Jazz in the Park, all good opportunities to visit. Outside of the festival season, its historical and cultural heritage, café culture and nightlife offer plenty of entertainment options to visitors.

For museum fans, the Art Museum of Cluj-Napoca hosts collections of Romanian and European Art, while the Ethnographic Museum of Transylvania gives visitors an insight into how the region’s peasantry lived centuries ago. The Pharmacy Museum is also worth a stop. Hosted in the oldest pharmacy building in the city, it hosts a rich collection of items that stand testimony to the pharmaceutical activity in Transylvania from the 16th to the 20th century. Architecture fans can try a Baroque tour of the city to discover landmark buildings such as the Fortress, the Franciscan Church, the Unitarian Church, the Banffy Palace (home of the Art Museum), the Greek-Catholic Cathedral, or the Jesuit Church (Piarist).

There are several beautiful parks to discover in Cluj, among them Simion Barnutiu Central Park, Cetățuia, the city’s Botanical Garden, as well as the nearby Hoia Forest, a site surrounded by many legends. More on Cluj-Napoca here.

An often overlooked destination, Târgu Mureș has some stunning landmarks, interesting museums, and many nice cafes. The Palace of Culture, built at the beginning of the 20th century, is a landmark of the city, with its Secession-style mosaics and frescoes, and the impressive Mirrors Hall, which hosts 12 beautiful stained glasses. To get a sense of the city’s more distant past, head to the Târgu Mureș citadel. Today it houses the Archaeology and History Museum and is the site of various public events and festivals. More about what to see in Târgu Mureș here.

A beautiful Old Town, with a marked Saxon heritage, is a landmark of Sibiu, one of the Romanian cities that most often show up in international travel recommendation. It was a European Capital of Culture in 2007 and this year, alongside the region, it hosts the European Region of Gastronomy program, a reason enough to drop by for a city break visit. Elsewhere, the cobbled, narrow streets in the Old Town are dotted with beautiful heritage buildings, known for the particular design of their windows, making it seem as if they were looking at the passersby.

The Brukenthal Museum, with its art, history and nature sciences section, is a must see in the city, as well as the outdoor Astra Museum, a good spot to discover traditional village life. Sibiu also hosts many top cultural events throughout the year, and among the upcoming ones are the Sibiu International Theater Festival (June 14-June 23) and ARTmania Festival (July 26-27). More on visiting Sibiu here.

Almost 100 km northwest of Sibiu, the town of Sighișoara attracts visitors with its well-preserved walled old town, an UNESCO World Heritage Site that can be discovered over a weekend trip. The old citadel has several towers to show, all speaking of the trade activity in the city that took place centuries ago. Among them are the Clock Tower, built in the 13th century, the Tinsmiths' Tower, the Tailors' Tower, the Furriers' Tower, the Ropemakers' Tower, or the Tanners' Tower. Sighișoara also has some important monuments of religious architecture, among them the Church on the Hill, of Gothic architecture. Fans of Bram Stoker have the House of Vlad Dracul to visit, where ruler Vlad Țepeș is said to have been born, and Dracula features prominently among the tourist memorabilia sold in town. More about visiting Sighișoara here.

This port city is worth visiting for its potential, not fully exploited. A walk on Brăila’s riverfront will reveal historical buildings that tell the story of the city’s economical past development: River Station (Gara Fluvială) or the Violattos Mill, one of the largest steam-powered mills in Eastern Europe when it opened. The Great Garden of Brăila, a public park set up in the 19th century, with its landmark clock, is worth seeing, alongside the Carol I Brăila Museum, housed in the former Armelin Casino, and the Maria Filotti Theater. More on visiting Brăila here.

The city’s faced-paced, busy, business-minded vibe goes hand in hand with its tourist side. Bucharest has a host of good museums, cafes, parks and concert venues to keep visitors entrained. Among the many museums in the capital, visitors can try the National Museum of Art of Romania (MNAR), the Museum of Recent Art, the National Museum of Contemporary Art (MNAC) or the open-air Village Museum, one of the biggest ethnographic museums in the country, where visitors can catch a glimpse of village life. The Parliament Palace, a mega-construction that reflects late dictator Nicolae Ceaușescu’s megalomaniac plans on the city, has become a tourist landmark of Bucharest and one of the spots from where to see a good panorama of the capital. The beautiful building of the Romanian Athenaeum is home the George Enescu Philharmonic Orchestra and a go-to venue for classical music fans. More on the capital’s historical heritage in this section.