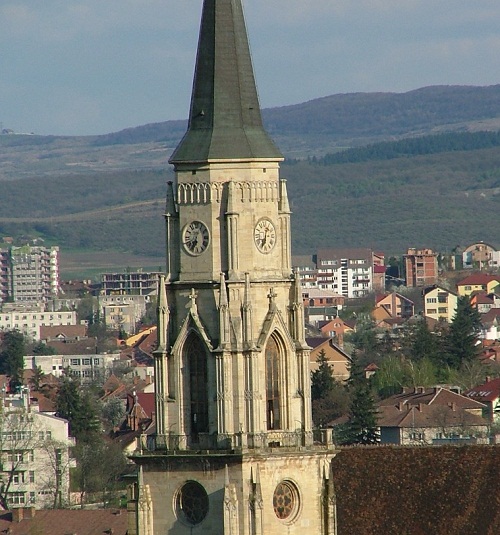 Named Cluj –Napoca in Romanian, Kolozsvárin in Hungarian, Klausenburg in German, Kluż in Polish, Claudiopolis in Greek and Napoca in Latin, this is among the largest and one of the most visited cities in Romania.  Romania-Insider.com takes you on a trip to the city of Cluj – Napoca, a great place to see over an extended week-end- at least. (MAP)

Capital of a historical region, Cluj – Napoca is the heart of Transylvania, guarded by the western Carpathians. A city of more than 300,000 people, among which the most educated of them speak very well English, French and Italian, besides the official language – Romanian and besides Hungarian, the commonplace language.

Cluj (the short form of the name) is one of the most attractive Romanian cities and a tourist delight for those who seek the experience of the most intense Transylvanian urban lifestyle with its nowadays modern and cultural spirit pulsating between the Gothic walls of the citadel.

The Greek geographer Claudius Ptolomeu was the first to write about this Transylvanian realm, believing it to be one of the most important localities for the old Dacia even before the Romans to set foot here. After the Daco-Roman wars which took place between 101-102 AC and 105-106 AC, Cluj became a very distinguished rural form (civitas) on the right bank of the river Semus. Following the Roman steps, travellers can find an old city with a rich cultural sensibility and historical legacy. The Museum of Transylvanian History ( Muzeul de Istorie a Transilvaniei) located on the Constantin Daicoviciu street is a great place to discover all these.

To start the day in the time labyrinth of the capital of Transylvania, one should know that the city holds a collection of monasteries and churches, of a timeless beauty. Some of these can be found in Unirii Square: the Franciscan Monastery which is the first Unitarian Church in the world, the Piarist Churches. 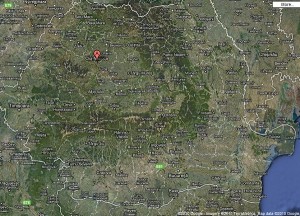 The Museum Square, close to Unirii Square, is the home to the Franciscan Monastery, a fusion of the 14th century baroque and gothic architecture. Another nearby landmark is the house of Matthias Corvinus which became in the 15th century a famous luxurious hotel and nowadays is the home of Visual Arts Academy. His ever-present statue and the old St. Michael's Church with its priceless and timeless Gothic architecture dating from the 15th century and the Banffy Palace are other important landmarks of the city.

Smaller streets around the Square can also lead your curios steps into splendid inner gardens of old houses and isolated Churches. The Tailors' Bastion and Firemen’s Tower are a must-see. Fragments of the original construction, started around the 13th century, continued two centuries later, when the added entry gates and bastions were meant to protect the old fortification. The Mirror Street with its unique architectural style dating back to the late 1800’s, is indeed another good choice for a memorable walk.

In the city’s distinct Museums such as: The National Art Museum, The Emil Isac Memorial House, The Ethnographic Museum, the visitor can find out about the city’s secrets, stories and legends.

But Cluj - Napoca is famous not only for its varied architectur,e but also for its natural landscapes and parks and its blue jewel – the river Somes, which pierces the city center. The Botanical Garden features small Japanese gardens, greenhouses for equatorial and tropical plants and a tower from the top of which one can see the beauty which spreads over 14 hectares. The Cetatuia Hill or the Fortress Hill used in the past as a stronghold or a jail, hosts the Belvedere Hotel at the top, offering a great view- and also a great restaurant reachable on a set of stairs from the centre of the city.

The Central Park also offers the traveller a break from the entire city rush, offering the long desired tranquillity near the lake. From the terrace of Chios Casino, one can rent boats and hydro - bicycles to circle the small island in the middle of the lake. 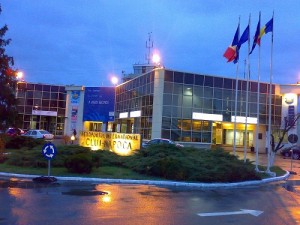 After a long day full of historical and cultural diversity, the traveller may stop to rest and dine at one of the numerous restaurants and terraces that wait all around the city to enchant the visitors with the pure and great tastes of the local cuisine and dishes. Ranging from traditional Romanian, Hungarian and Transylvanian foods, to Italian, Chinese, Japanese, Mexican, Middle Eastern, American and International Cuisine, the city can please all tastes. Many fancy restaurants are available throughout the city, as well as local fast food shops and several international chains like McDonald's or Pizza Hut.

The city also holds one of the two biggest malls in the country: Iulius Mall and Polus Centre, along with Sora Shopping Centre or Galeriile Ferdinand. Atrium Centre and Akademia Centre are other two malls which wait for the completion of their construction.

Cluj - Napoca is not only well known for its day city rush but also for its vibrant night life, guaranteed by the over 60,000 University students who live here. There are bars, cafés, clubs for all music tastes and budgets.

It is easy to reach this wonderful city as it has connections with most of the big Romanian cities and also with other international venues through plane, train, bus. It is also very easy to get around the city through city transfer from airport to downtown Cluj - Napoca or taking one of the 25 line busses, trolleybuses, trams or taxis.