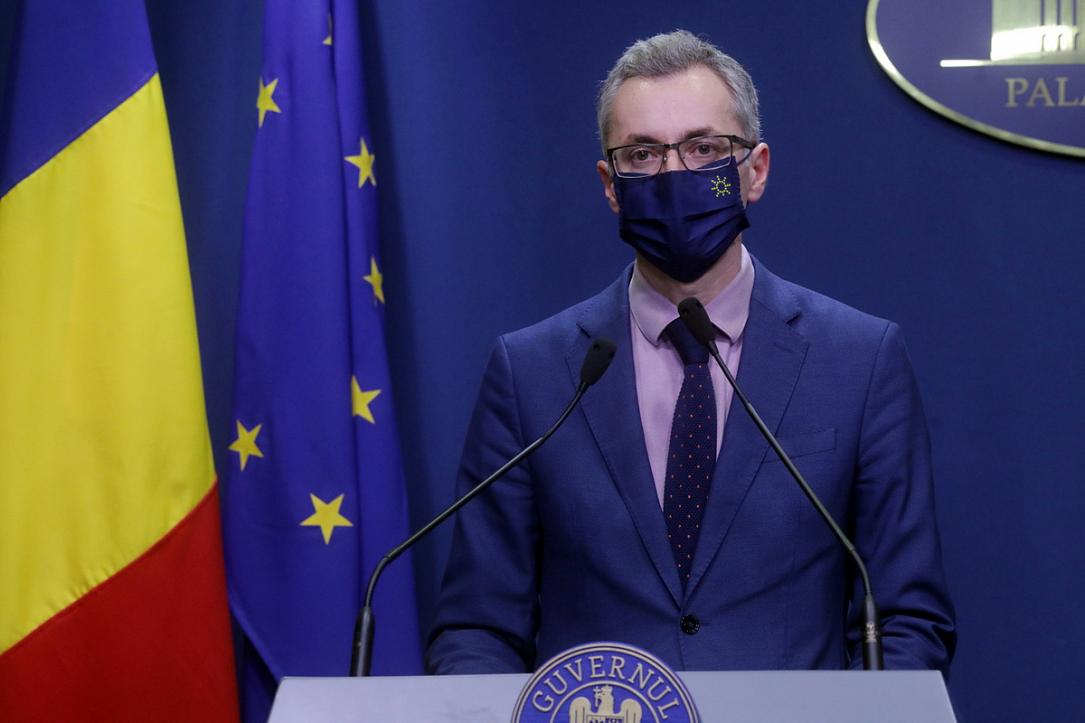 Romania's liberal prime minister Florin Cîţu dismissed Stelian Ion, a member of the junior coalition partner USR-PLUS, from his post as justice minister. He made the announcement late on Wednesday evening, September 1, after the tensions between the PM and his coalition partners from USR-PLUS on a EUR 10 billion development program escalated. Apparently, the Government couldn't adopt the project because it lacked the Justice Ministry's opinion.

In response, USR-PLUS announced that it withdrew support for the PM and called for negotiations for naming another prime minister. If Cîţu doesn't step down, USR-PLUS could also support a no-confidence motion against him to be filed by the opposition.

PM Florin Cîţu has forwarded the request to dismiss Stelian Ion to president Klaus Iohannis. The Presidential Administration told Agerpres the request was under analysis.

Announcing the decision, the PM said he “would not accept in Romania’s Government ministers who oppose Romania’s development,” News.ro reported. He said he would propose an interim minister “who understands the absolute priority of investments in Romania.”

The dismissal decision comes amid strong disagreement between the National Liberal Party (PNL) and USR-PLUS on a RON 50 bln (EUR 10 bln) local development program financed by the Government. On September 1, the PM wanted to have the EUR 10 bln program, dubbed Anghel Saligni, passed in the Government meeting. The PM reportedly wanted to introduce it on the meeting’s agenda without taking into consideration the amendments proposed by USR-PLUS ministers. In response, USR-PLUS announced that its ministers wouldn’t participate in the Government meeting. They accused the PM of breaching the coalition’s functioning protocol and called for a coalition meeting to discuss the divergences.

The investment program proposed by the PM consists in distributing government funds to the local authorities (mayors) to finance infrastructure projects for the development of their communities. USR-PLUS leaders said they would not support the project without clear criteria for distributing the funds and control mechanisms.

The justice reforms have been another issue of dispute in the ruling coalition during the past months. The dismantling of the Special Section SIIJ, tasked with investigating prosecutors, has seen USR PLUS ad odds with the third coalition partner UDMR, while president Klaus Iohannis also took issue with the sluggish advance of the reforms in the sector of justice.

Stelian Ion is the second USR-PLUS minister Cîţu dismisses after health minister Vlad Voiculescu in April. He is the third minister replaced in his cabinet, after the dismissal of finance minister Alexandru Nazare in July.