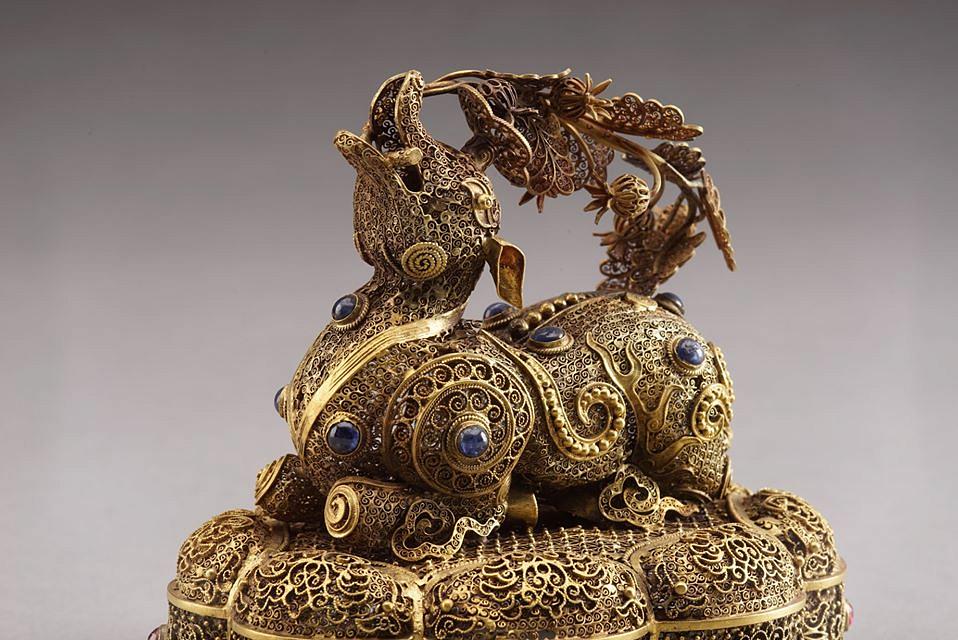 The exhibition The Gold of Chinese Emperors, presenting royal gold items from the Wanli period of the Ming dynasty, has opened at the National History Museum of Romania (MNIR), in Bucharest.

The exhibition covers 149 items from the Dong Bo Zhai collection, and has opened in a partnership with the Xi’an Qujiang Art Museum and the Chinese Embassy in Romania. It marks 70 years of diplomatic relations between Romania and China.

The items date back to the rule of Emperor Wanli (1573-1620), the fourteenth emperor of the Ming dynasty (1368-1644). They offer a complex picture of gold manufacture and work during that period. Most of them were made in the Yinzuoju imperial workshops and illustrate the technical craftsmanship and aesthetics of the time.

The pieces are either jewelry itmes, such as bracelets, earrings or hair pins, but also vessels used in religious rituals or to serve drinks, flower baskets, and decorative items embellished with animal or plant motifs.

Over the past decade, the items in the exhibition went on display at the Quai Branly Museum and the UNESCO headquarters in Paris, at the Museum of Far Eastern Art in Geneva, or at the National Museum of Slovenia in Ljubljana.