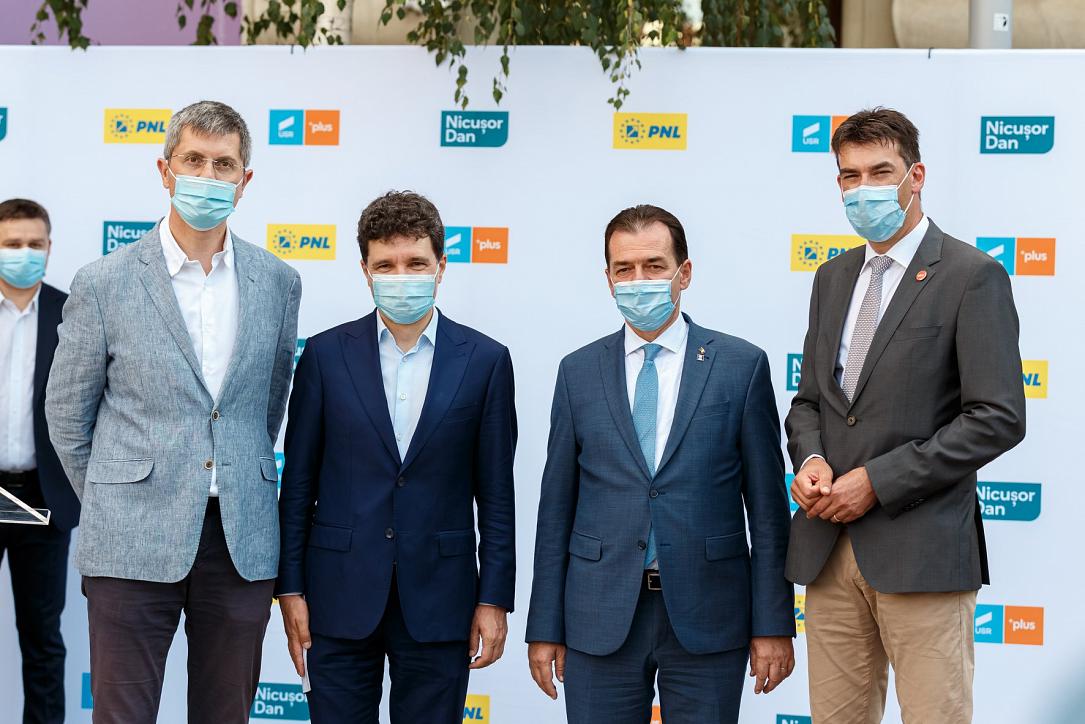 The leaders of the ruling Liberal Party (PNL), Save Romania Union (USR), and PLUS announced, on Saturday, August 1, in a joint press conference, that they will support joint candidates in the local elections in Bucharest both at the central level (Nicusor Dan) and district level.

The center-right pole will face the candidates of the Social Democrat Party (PSD), most of them being the incumbent mayors.

There are some exceptions, such as District 3 mayor Robert Negoita, who left PSD to join forces with the party of former prime minister Victor Ponta, Pro Romania, and runs for another term.

Regarding the distribution of districts among the three center-right parties, USR-PLUS will have candidates for districts 1, 2 and 4, and PNL for 3, 5 and 6.