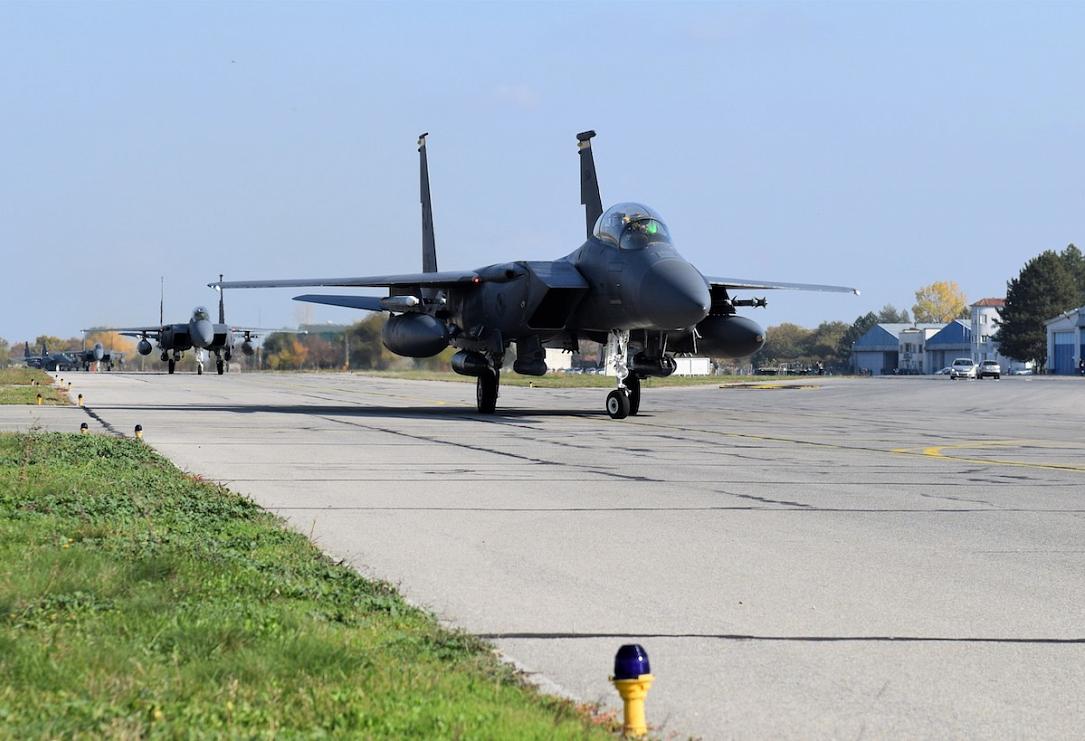 US F-15E Strike Eagles have returned to the Borcea Air Base in Romania and the Graf Ignatievo Air Base in Bulgaria for the second phase of forward dispersals supporting operation Castle Forge, a multinational training event that demonstrates Agile Combat Employment.

“Castle Forge is designed to exercise the agility and rapid movement of air power to forward locations, raising the US commitment to NATO allies in the Black Sea region while demonstrating the alliance’s combined ability to respond with a flexible, reassuring presence,” reads a press release from the US Air Forces in Europe & Air Forces Africa quoted by local Agerpres.

The Strike Eagles initially arrived at the Larissa Air Base in Greece on October 6 for training alongside F-16 Fighting Falcons from the Hellenic Air Force. From October 18 to October 22, they operated from the Graf Ignatievo Air Base in Bulgaria and the Borcea Air Base in Romania for the first forward dispersal phase of Castle Forge. Then, they returned to Greece. Training will continue in Romania and Bulgaria for the next several days.

“Castle Forge is one of the best opportunities we’ve had to test how we deliver air power from locations with varying levels of capacity and support,” said Gen. Jeff Harrigian, commander of USAFE-AFAFRICA and NATO Allied Air Command. “As this operation continues, we are increasing the complexity, speed, and flexibility of our movements – and we’re doing it with our allies – because that’s exactly the way we would fight if called upon.”