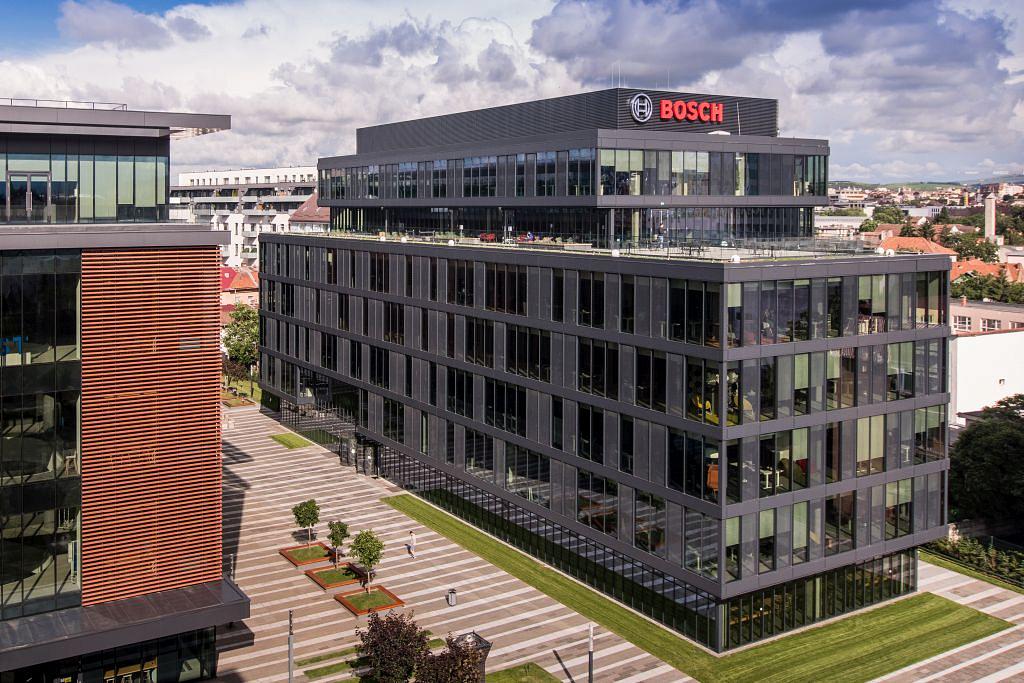 German group Bosch, a global leader in the area of technologies and services, announced on July 13 that it is starting the construction of a second office building for its Engineering Center in Cluj, central Romania, under an investment of EUR 21 mln.

"Bosch officially announced the opening of the construction site for the construction of a new office building within the Engineering Center in Cluj. The event of July 13, 2021, was attended, along with the company's management, by representatives of local authorities. The construction works started in March 2021 and will be completed in 2023, and the building will be put into use at the beginning of 2024. The total investment planned for this project is approximately EUR 21 million," the group announced.

The new building, which will be connected to the existing headquarters by two walkways, will cover a built area of ​​about 10,000 square meters and ten floors, with an underground car park.

The two office buildings of the centre in Cluj can accommodate a total of over 1,400 employees, operating within a hybrid working model.