Over 130 bikers build homes for poor families in Romania 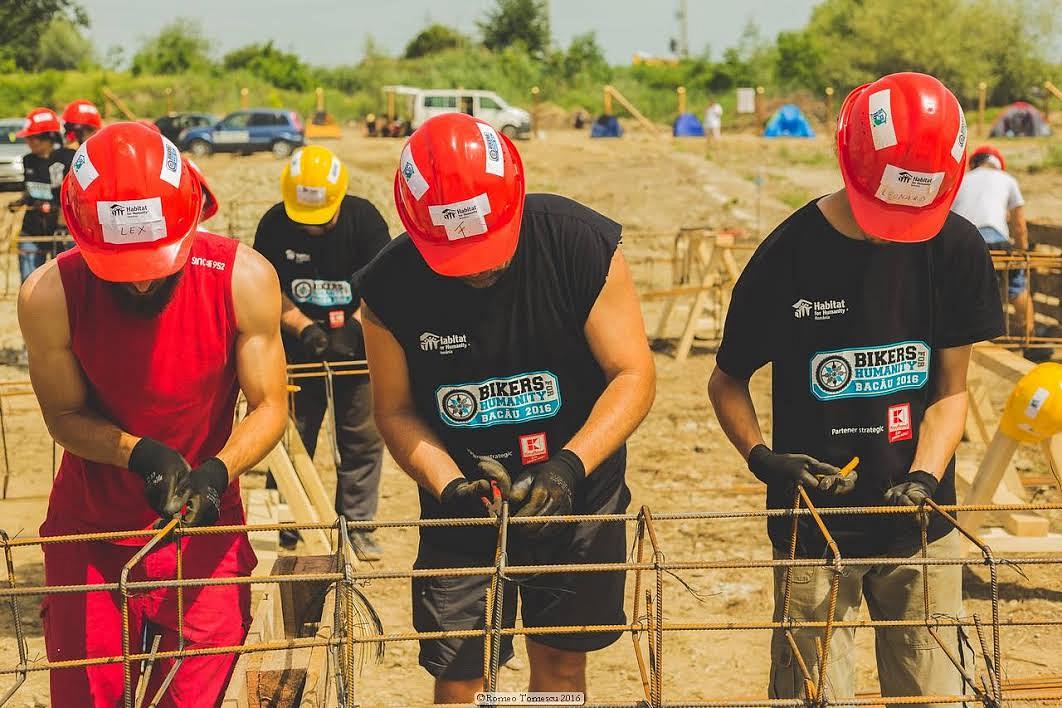 More than 130 bikers in Romania are currently helping build houses for 16 poor families in Cumpana, in the Constanta county in South - Eastern Romania.

They work together with the future house owners and specialists from the Habitat for Humanity non-profit organization this weekend. They not only pour concrete and apply paint and decorative plaster, but also prepare the foundation and build the fence, among other things.

The event, called Bikers for Humanity, has reached its second edition this year. More than 350 bikers participated in the first edition when they helped build houses for 36 poor families in Bacau.

This year, bikers from 14 biking clubs all across Romania are helping on the construction site.

Habitat for Humanity is a non-profit organization that works towards eradicating substandard housing. With the support of more than 32,000 volunteers, Habitat for Humanity Romania helped over 69,000 people have a decent home or improve their living conditions so far.