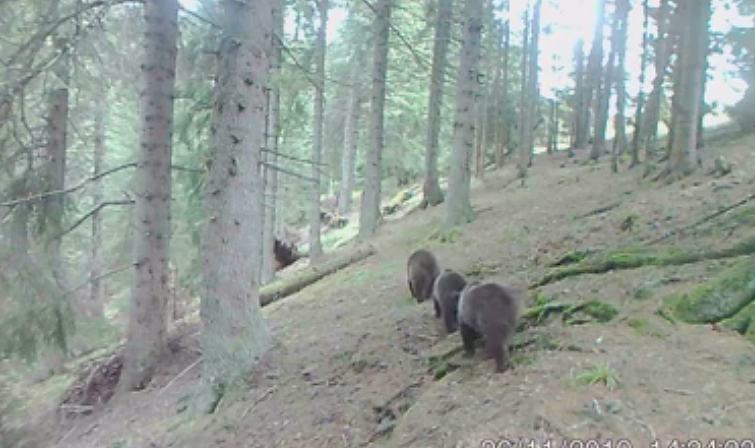 Three brown bears were spotted in a forest in the Calimani National Park in Romania at the end of November.

Romanian forest management company Romsilva shared on its Facebook page a video showing the three bears walking in line through the forest. The images were captured by the wildlife monitoring cameras installed in the area by Romsilva specialists.

The Calimani National Park, one of the 22 national and natural parks managed by Romsilva, covers an area of 24,556 hectares in the counties of Suceava, Mures, Bistrita-Nasaud and Harghita.