What I love about Romania - William Cunneen (US): The country is a unique blend of hyper technology and IT startups mixed with grandma's small farm and wood-fired stoves 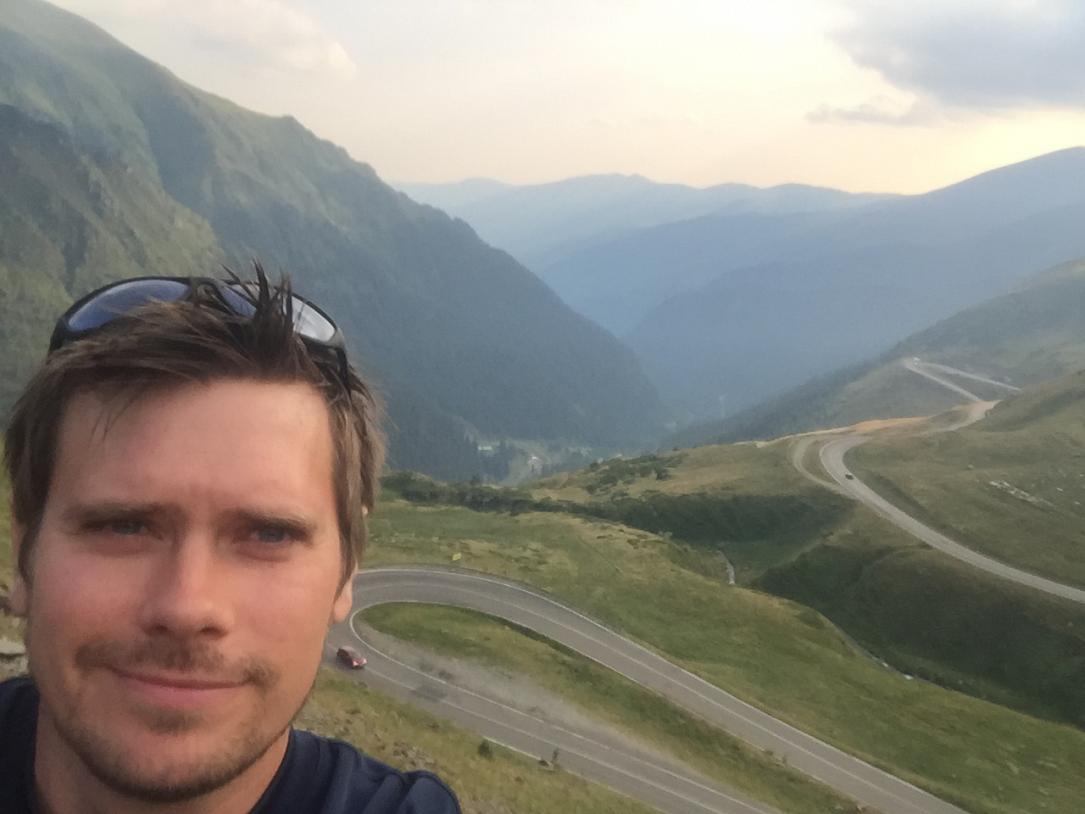 As part of our Romania Appreciation Weeks campaign, we're inviting our readers to share their stories and tell the world what they love about the country. William Cunneen joined our campaign and filled in this questionnaire. Below you can read more about what he loves about the country.

American chef William Cunneen has been living in Romania for five years, and has found here a mix of highly-connected, IT industry-driven spots and remote villages with horse-driven carts, sheepherders, and gardens where vegetables are harvested by hand. The landscape and the connection to the earth through its food and small communities are the things he would mention to advertise the country, which also evokes for him a feeling of peace. "There is a grounded sense of right in the world, even if it doesn't last, I know I can find it again," he says. More about what he enjoys in Romania and the advice he has for those who want to move here in the interview below.

Please share your story with us briefly, so we understand your relationship with Romania.

I am an American chef married to a Romanian woman. We met in Chicago and married in 2008. After moving around in the States for several years, we took a trip to her home town of Cluj-Napoca for several months. I had always had an affinity for "old Europe." The castles, small villages, the landscape, and Romania has all of those. But, we decided at that time that we weren't quite ready, and so we went back to America to pick up where we left off. We had our son and fell back into our American routine, but the spark of intrigue had been lit! This is the link to that story.

Several years later, we made the decision to pick up and come to Romania. Being a chef, I am used to working in extreme and difficult environments, and picking up everything in your life and moving to the other side of the planet fits that criteria. The reason we did so was that we saw potential here. After '89, Romania was going at a rapid pace to catch up with the world. It has all the resources and the drive to become a great European nation. But it is still in its development. As a chef who was part of opening three stadiums back in the states, this is where you want to be. At the ground floor when something is being built so you can be part of the most change and progress.

Would you recommend Romania as a country to live in or to visit?

I would definitely recommend Romania as a country to both live and visit. For visitors, it's vastly more inexpensive than visiting a western European country, and it still provides most of the same things tourists wish to seek out. Beautiful scenery, historic buildings and monuments, beaches, mountains, quiet sleepy villages with small, family-run bed and breakfasts, wonderful wholesome local foods; what more could you want in a vacation? For those looking to take the plunge and move to Romania, I would say welcome! Most Romanians are very accommodating to foreigners.

Dealing with government paperwork and city hall can be intimidating, so if you are not related/married to someone fluent in Romanian and familiar with how documenting practices work here, I highly recommend finding people who can walk you through the process. Also, unless you plan to start your own company and have the startup capital, it is strongly suggested you have a job already lined up. Companies hiring foreigners is a laborsome process, and you don't want it to start after you arrive.

With that said, once you're in, things move a bit more smoothly. The country itself is a unique blend of hyper technology and IT startups mixed with grandma's small farm and wood-fired stoves. The image of a BMW sports car, with the driver talking on his GPS connected smartphone, stuck behind a horse and cart with hay in the back will always come to my mind when I think of what a juxtaposition this place is. And the backdrop to all this, the part that I really enjoy, is the peace I feel in the Transylvanian landscape.

What are some of the misconceptions you most often hear about Romania and how do you feel about them?

Obviously, the first one everyone thinks of is that it is full of gypsies. I don't hear this so much anymore, but maybe because I haven't been outside the country too much lately. The fact is that there are gypsies and some gypsy communities are very proud of that fact. It's part of their culture, but this is a small portion of the population. Most are just poor people that have been pushed to the outskirts of society and have been labeled, but this is not a Romanian thing; this is a human thing. Every country has these issues, but for whatever reason, Romanian Gypsies are more famous than most.

Another misnomer is that it is very behind technologically. The fact is Romania has some of the fastest internet services in Europe. It has a huge amount of IT startups, top universities, and many large tech and manufacturing companies are moving their offices here.

The interesting part to me is that with all this, it also still has: sheepherders, villages with wood fire for heat, hand-harvested vegetables, and crazy remote locations that can't be reached by car. It's fascinating that if the power grid went down in this country, you would have parts that would screech to a halt and others that wouldn't even notice.

What is the most powerful feeling that Romania brings to you and why?

Peace. Not when I'm working or in traffic, but when I wake up in the morning and look out at the little village we live in, or when I'm running through the hills and forests with our dog, or when we are picking plums from our relative's orchard. There is a grounded sense of right in the world, even if it doesn't last, I know I can find it again.

Please tell us the three things you like the most about Romania.

The landscape, the fruits and vegetables from the local farms and markets, and the progress I feel the country is making. In the five years that I've lived here, you can see the differences happening, the changes coming about.

If I haven't mentioned it enough, the Romanian landscape and the connection to the earth through its food and small communities.

What could make Romania the perfect country for you (what's missing)?

The Romanian government needs to invest more in its infrastructure and its people. More and better road systems to connect people and places, and finding ways to increase the standard of living for many of its citizens so they don't have to leave the country in order to make enough to live in it.

Sat Pata because it is where my wife grew up and is where I go up into the hills to run. Sinaia and Bucegi, because of the beautiful mountains, it feels like you are looking down on the clouds. Mamaia beach because it was my son's and my first visit to the Black Sea, and it was a great memory to share.

Sarmale. Though they can't take sole ownership because Romanians aren't the only ones who make cabbage rolls, they are still delicious, and you can taste the care that goes into preparing them.

What do you like about Romanian culture, history, customs? Please give us some examples.

I like that the holiday season feels less commercialized here than in the States. The food is heavily influenced in tradition and customs. Great grandparents’ recipes of zacuscă [e.n. a type of vegetable spread], conserve [preserves], țuică [e.n. plum brandy], bread are all huge points of pride within families, and people love to share them with you.

The history of the actual land where Romania now exists is so vast and storied, it would take many lifetimes to learn about all the different peoples that claimed, fought, and died these lands. Wallachians, Dacians, Turks, Hungarians, Germans, Romans, and many more, all of these left an imprint on the culture that Romania has today.

What are the Romanian words/phrases a non-Romanian speaker should know, in your opinion?

Start with the basics that you should learn in any country you visit: Thank you (Mulțumesc), Hello/Good day (Bună), Yes (Da), No (Nu), you're welcome/with pleasure (Cu plăcere), please (Vă rog), what are you doing (Ce faci?). Also, as an English speaker, it's important to know that when someone is telling you they are doing something, they are not swearing at you! FAC not F**K!