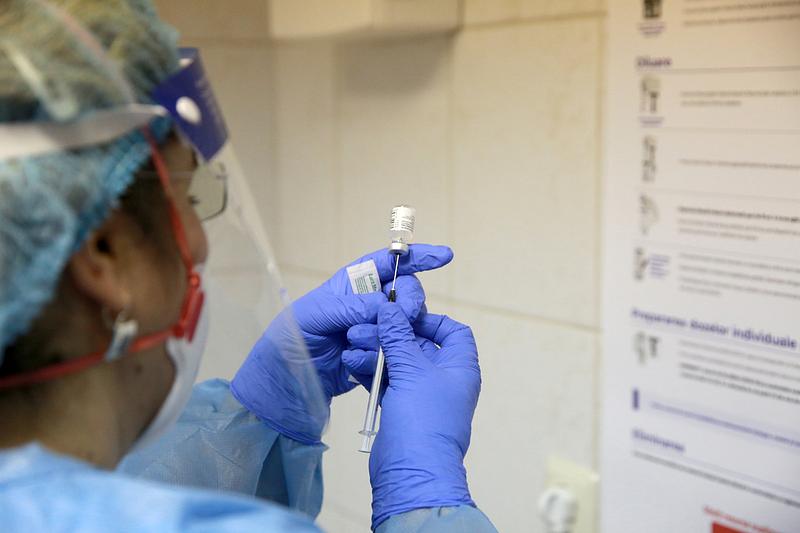 The vaccination centers set up at military hospitals in Bucharest, Braşov, Cluj, Constanţa, Craiova, Iaşi and Timişoara will be open to the general public round-the-clock between May 4 and May 11, the Defense Ministry (MApN) announced.

No appointment is needed for vaccination at these centers, and those who receive the first Covid-19 jab will be registered in the national vaccination registry RENV and scheduled for the second dose.

The measure is part of the effort to step up the vaccination pace in the country, where more than 2 million people are already fully vaccinated.

Depending on the availability of vaccine doses and requests, the other four military hospitals in the MApN healthcare network could open for vaccination without an appointment, the ministry said.

MApN currently offers vaccination places to the general public in 56 centers set up at military hospitals and military units in Bucharest and in the country, served by a staff of more than 250 doctors and 500 nurses. It also opened 20 mobile vaccination centers, working with the local authorities in isolated or hard to reach localities.

Family medical practices will also start vaccinations on May 4, adding 3,035 vaccination points to the existing ones, Andrei Baciu, the VP of the national committee coordinating the vaccination campaign, announced. The family doctors will use the single-dose Johnson & Johnson vaccine.

Over the past weeks, the authorities opened more vaccination options, in addition to reservations made on the Government-run vaccination platform. Drive-through vaccination centers opened across the country, mobile teams were deployed in remote areas, and a vaccination marathon was held in the western Romania city of Timișoara. More such events are planned in Bucharest and other cities in the country in the weeks to come.

Last week, a drive-through vaccination center opened in Bucharest’s Constituţiei Square. On Monday, May 4, close to 900 people (891) received the vaccine there, the Bucharest City Hall said. During its first opening day, on Thursday, April 29, 714 people were vaccinated here. The center is open daily, between 8:00 and 20:00, and offers the Pfizer-BioNTech vaccine.