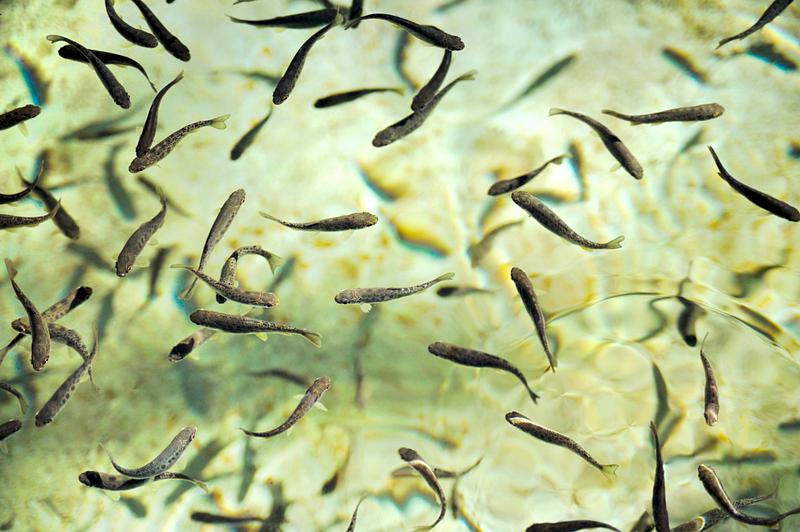 The Aqua Crisius Association reintroduced 4,000 indigenous trout (Salmo trutta) fingerlings to several fishing areas in the southern part of the Făgăraș Mountains. At the same time, 10,000 fish embryo eggs from the same species have been placed in two incubation system.

The actions are part of a wider plan for quality fish management that also includes repopulating the area with huchen and grayling.

The plan is carried out by Aqua Crisius and Ocolul Silvic Carpathia, a partner of Conservation Carpathia Foundation.

The fish were reintroduced last November, and they could reproduce within 1 to 2 years, “thus helping the current fish population to reach an optimum size,” Andrei Togor, a project manager with Aqua Crisius, said.

The huchen is an endangered species that is currently found only in several river segments. Its restocking would be made using descendants of indigenous fish.

“The huchen (Lostrița in Romanian) could be found for several years at the Pecineagu dam, introduced artificially, it is true, but about a century ago it populated the submountain area of Dâmbovița and Râul Doamnei. We would like to bring it back to the lakes, especially that it is a symbol, vulnerable species, an endangered species in Romania. It can only be found in several river segments, the reproduction areas can be counted on the fingers of one hand… The restocking would be done only with descendants of indigenous fish,” Mihai Zotta, the conservation director of Conservation Carpathia Foundation, explained.