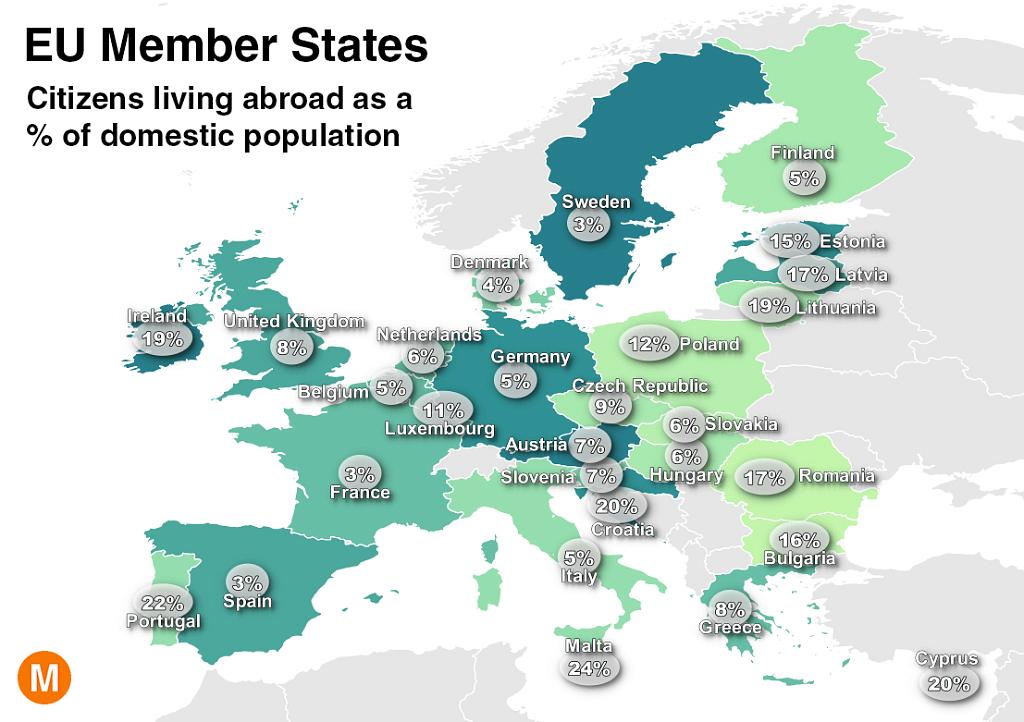 Romania entered the top 20 countries globally for the size of its diaspora, exceeding countries like the US, Turkey or Egypt.

About 3.4 million Romanians officially live and work in other countries, according to Macrocosm, quoting United Nations data. Romania’s diaspora stands for 17% of country’s remaining population.

The only countries where the diaspora is higher, relative to population, are Malta (24%), Portugal (22%), Cyprus and Croatia (20% each), Ireland and Lithuania (19% each). Latvia has a similar rate to Romania, whereas Bulgaria has a rate of 16%.

However, with the exception of Romania, none of these countries have a population significantly higher than ten million people. Most of them have less than five million inhabitants.

In Hungary, the Czech Republic and Poland, the diaspora represents a share of 6%, 9%, respectively 12% of the population. The UK has the largest diaspora in the European Union, with 4.9 million Brits living abroad. However, they represent only 8% of the population left in the UK.