A new terrace has opened downtown Bucharest, near Calea Victoriei, and this one is for insiders.
It’s called Terasa Monteoru, and it’s hard to spot unless you’ve been told where it is. The place has history, and the old days charm, which makes it a place to try out.

The terrace is tucked away behind an old historic building at the corner of the Dacia boulevard and Calea Victoriei. Once you enter the old building’s yard, you will see a sign sending you behind the building to the nice terrace. From the street, however, all you’ll see is this old house – some people call it a Haunted House. It’s a 19th century house that is yet to be renovated.

Take the small corridor to the left of the house to get to the terrace, which welcomes you with a mix of unconventionat furniture. It’s so quiet there, not a trace of the busy Bucharest that lives just a few meters away.

The old house, the Monteoru House, and the garden behind it manage to transport one into a different time and space almost. It has to be tried. The terrace is run by the same two women entrepreneurs who run Papiota Bar in the Old Town - another place to try.

They serve only drinks, including some interesting smoothies and nice lemonades with strawberries and kiwi.

If you’re hungry, there’s a delivery service that can bring you gazpacho, tortilla and some more tasty stuff in about 20 minutes to the terrace. They leave their leaflets on the table, you have to call, and then they deliver.

Both drinks and food were good, and we had a nice time, perhaps because on a Sunday evening it was not crowded -  much to my taste. 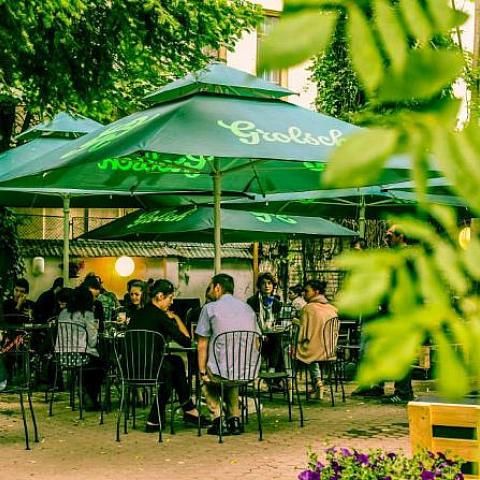 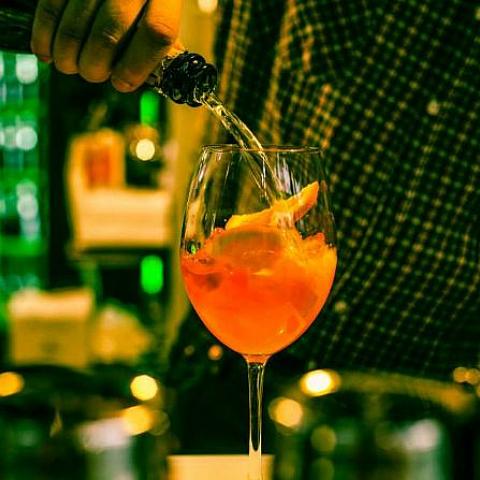 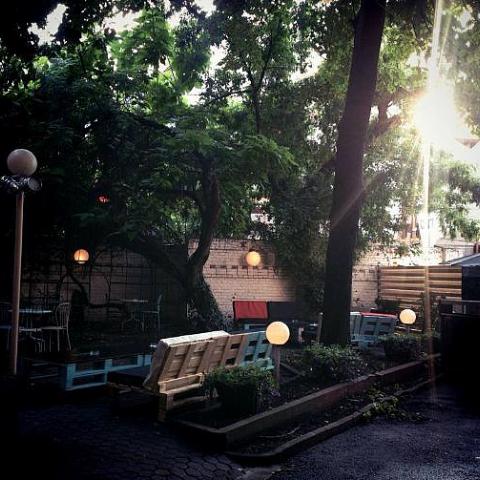 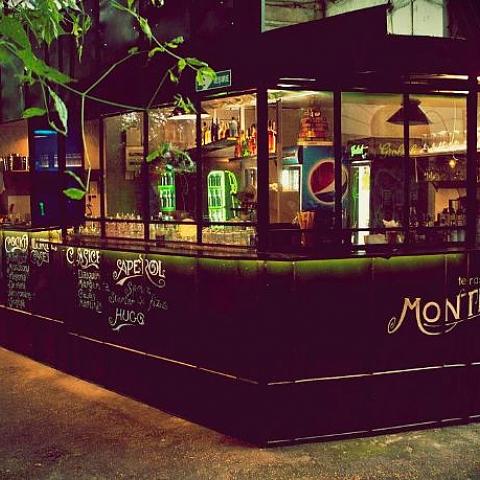 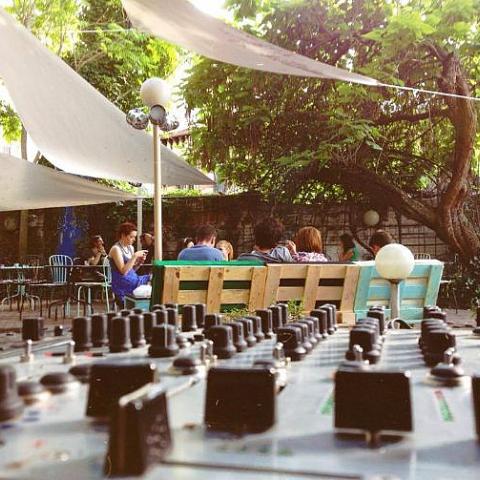