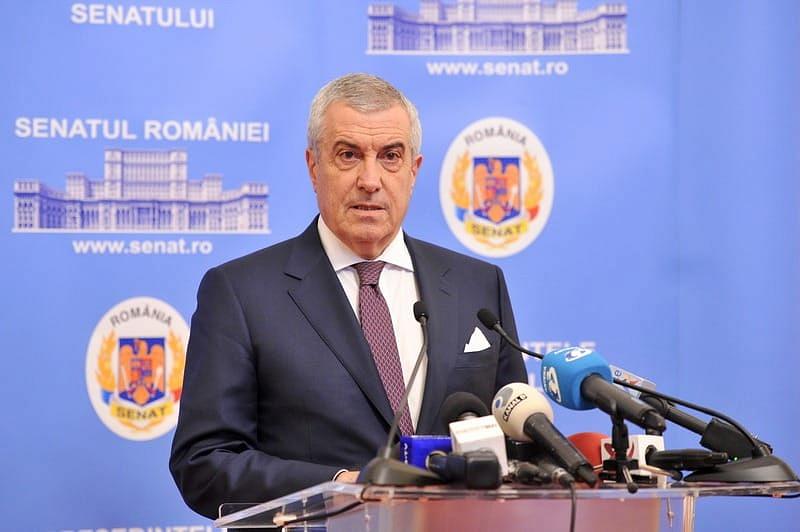 Calin Popescu Tariceanu, the leader of ruling coalition partner ALDE (the Alliance of Liberals and Democrats) may be Klaus Iohannis’ opponent in this year’s presidential elections.

He said on Thursday evening, January 31, that he is seriously thinking of running for president, local Digi24 reported. However, he didn’t say if he would run as ALDE’s candidate or if the Social Democrats, ALDE’s partners in the ruling coalition, would also support his candidacy.

“Of course there are different options, but the first thing is that we are in a coalition and most likely a joint candidacy has more chances than two separate candidates,” Tariceanu said at local TV station Digi24.

He explained that the Social Democratic Party (PSD) and ALDE would make surveys on this subject, hoping this would help them make the best decision.

So far, president Klaus Iohannis was the only one who officially announced that he would run in this year’s presidential elections, which will be organized in Romania in November or December. All eyes are now on the ruling coalition PSD/ALDE. The local media said that the ruling coalition considers supporting Tariceanu as a common candidate. However, several Social Democrat leaders said that PSD president Liviu Dragnea is the party’s best choice.

The latest electoral poll conducted by IMAS said that, if the presidential elections would be organized this weekend, Iohannis would win with a score of 34.4%. Tariceanu would get 15.4% of votes, much more than PSD leader Dragnea – 6%.