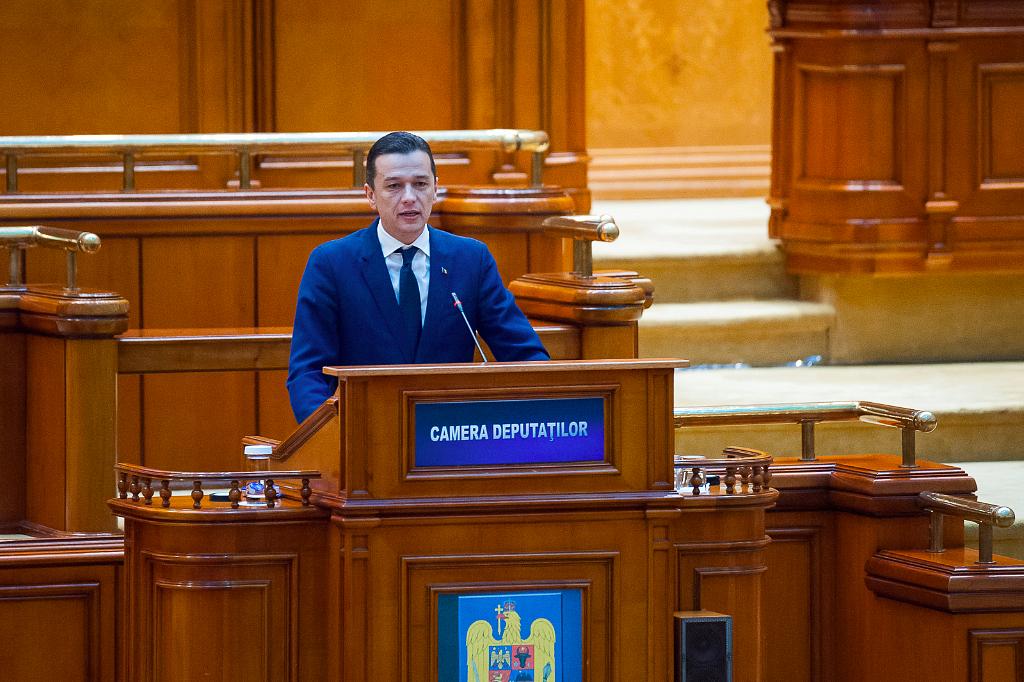 Romania's Government led by Prime Minister Sorin Grindeanu has survived the no-confidence motion filed by the opposition parties, even if the ruling party PSD, as well as the Alliance of Liberals and Democrats (ALDE) and the Hungarians’ Alliance (UDRM) didn’t vote.

A total of 161 MPs voted for the no-confidence motion on Wednesday, eight voted against, and 33 votes were declared void. At least 233 votes would have been necessary for the motion to pass.

The opposition parties filed a no-confidence motion against the Government after the cabinet decided to adopt an emergency ordinance amending the Penal Code, on Tuesday, January 31. The ordinance, which decriminalized some corruption offences, has raised loads of critics from President Klaus Iohannis, representatives of the justice system, business organizations, and Romania's foreign partners, who saw it as an attempt to undermine the country's fight against corruption and to clear the criminal records of some local politicians.

Meanwhile, the Government as well as the coalition parties PSD and ALDE claimed that the changes to the Criminal Code needed to be done to align the legislation to the decisions of Romania's Constitutional Court (CCR). However, the Prime Minister admitted that the measure may have been communicated poorly and said that justice minister Florin Iordache would take responsibility for this.

The Government’s decision to adopt the ordinance has led to massive protests in Romania, protests that continue in Bucharest and many other cities, as the people also want the Government to resign, although it decided to repeal the ordinance.

During the debates in the Parliament, held before the vote, Prime Minister Grindeanu talked about the governing program, the budget for 2017, but also referred to President Iohannis’ speech in the Parliament, saying that it is clear that the President wants to put “his Government” back in place.

“His Government will remain known in history as the “zero” Government,” the Prime Minister said, referring to the previous cabinet of technocrats led by Dacian Ciolos.

He also talked about the protests, saying that the people have the right to shout their discontent, and that he decided to repeal the ordinance because he understood the protesters’ dissatisfaction. Grindeanu also added that he finds the demonstrations “very creative.”

“The Government will continue to support the fight against corruption and strengthening the rule of law. I promise that, from now on, this Government will only be one of dialogue and public consultation on major issues that concern the whole society,” the Prime Minister also said in his speech.

Liviu Dragnea, the head of the Social Democratic Party (PSD) and the president of the Chamber of Deputies, also addressed the Parliament, saying that this is not the first time when PSD “governs in conditions of hostility.” He also urged the MPs to let the Government do its job, because the Romanians voted for PSDs governing program, although some also challenged it.

“This motion is not helping Romania. You just want to continue the electoral campaign,” Dragnea said.

In return, Raluca Turcan, the interim president of the National Liberal Party (PNL), the biggest opposition party, said that “At night like the thieves” has remained the slogan for the Grindeanu Government. She referred to the fact that the Government adopted the controversial ordinance on jutice during an evening meeting, which started at around 20:00, without putting in on the meeting’s agenda. “At night like the thieves” is also one of the most chanted slogans in Victoriei Square.