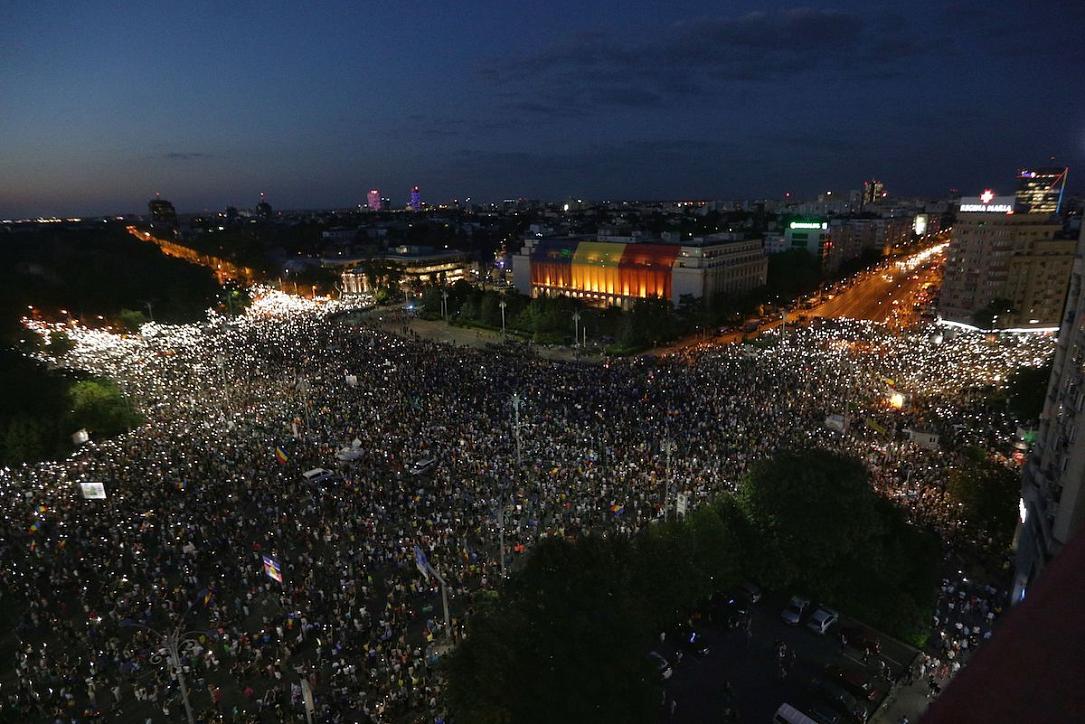 Many Romanians living abroad are expected to return to the country for yet another big anti-government protest in Bucharest this summer. The protest is scheduled for August 10, marking one year since the diaspora protest staged in Victoriei Square on August 10, 2018, which unfortunately ended violently after the gendarmes cleared the square with tear gas and water canons.

Bucharest deputy mayor Aurelian Badulescu told local Mediafax that the organizer of the protest scheduled for August 10, 2019 estimates 250,000 participants. He also said that the organizer meets the conditions to obtain the City Hall’s approval for this protest.

The protest organized on August 10 last year was one of the biggest seen in Romania since early 2017, when the protests against the ruling coalition’s governments began in the country, as many Romanians living abroad have returned to the country to participate in the rally. Unfortunately, hundreds were injured after the gendarmes and riot police decided to clear the square with tear gas and water cannons, among the injured being peaceful protesters, journalists and even tourists. The Romanian prosecutors are now investigating the incidents, and local NGO Declic announced that the United Nations would also investigate the Gendarmerie’s violent intervention on August 10.