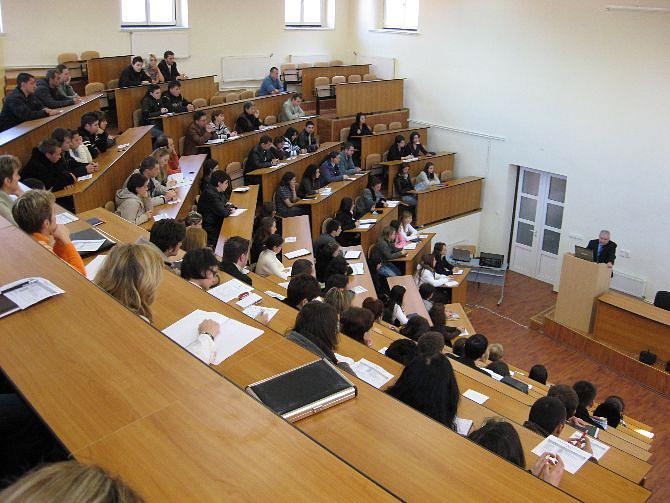 University drop-out rates and under-financing are some of the biggest problems of the local educational system, according to the National Alliance of Student Organizations in Romania (ANOSR). This Monday, October 2, students in Romania began the 2017-2018 academic year.

“The underfinancing of graduate education is probably the biggest problem of the education system. The allocation of 6% of the GDP to education continues to be a mirage,” ANOSR said.

At the same time, the local university education system is confronted with a high number of student drop-outs.

“The most recent data shows that more than a quarter of the students enrolled in the graduate and master programs do not finish their studies. [e.n. This is] enormous, as Romania is on the last place in the European Union regarding the percentage of university graduates relative to the population,” ANOSR said.

The ANOSR argues that the career counselling centers, which could help combat the drop-out problem, are under-financed and under-staffed. “On average, one councilor provides such programs for 3,448 students,” the organization explained.

One other issue is that students have only a marginal opinion in the process of updating the curricula and in evaluating the performance of their teachers, in a process “that remains mostly un-transparent,” ANOSR argued.

Students are also faced with poor quality and few accommodation facilities. Only 23% of requests for student accommodation or 107,682 places can be fulfilled, when the student population stands at 464,149, according to ANSOR.

Romanian president Klauss Iohannis attended the opening of the university year in Constanta, a city at the Romanian seaside. He spoke of the need to dismantle the myth that too many young Romanians attend university.

“I would like if universities helped dismantle various unfounded myths that we can still find in the public space. Some of them, to refer precisely to graduate education, is the fake myth that too many young people go to university. Romania actually and regrettably is on the last place in the European Union regarding the number of 30 – 34 year olds with graduate studies. And this affects the country’s competitiveness and implicitly the welfare of us all,” Iohannis said, quoted by the public television TVR.

The president said the country needs universities that promote “truth, critical thinking and morality in all of their activities.” He spoke of the need to look at the development of professional education, which would represent “a real alternative, with social and material recognition.”

The president also mentioned the credibility of local universities, which “for years in a row, was shuttered by a series of plagiarism scandals.” Some of the plagiarism cases that made it into the media involved former Prime Minister Victor Ponta, who gave up his 2003 Ph.D. in Law from the University of Bucharest, and former Interior Minister Gabriel Oprea. The National Council for Attesting University Titles, Diplomas, and Certificates (CNATDCU) has determined that he had plagiarized part of the doctoral thesis presented in 2000 at the Faculty of Law within the University of Bucharest.

“Unfortunately, even today we find excuses to not have a public data base of PhD papers. Furthermore, we do not have a permanent solution for accrediting doctoral schools,” Iohannis said. Last year, the president refused to promulgate the law on PhD schools that would have allowed the same universities that granted PhD titles to analyze the plagiarism complaints in the case of PhD works.

Report: University graduates make up only 15% of Romania’s active population