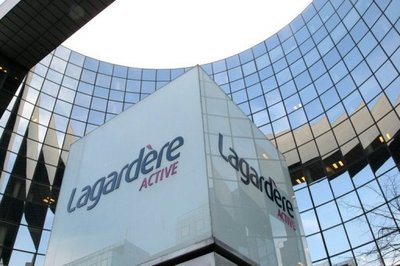 Media owner Elan Schwartzenberg, who has recently taken over Realitatea TV in Romania is currently in talks with French media company Lagardere, according to Romanian newspaper Jurnalul National. “Ten years ago I was involved in another negotiation with Lagardere. […] The Lagardere group is honorable and I would be happy to finalize a deal with them or with any other group of their kind,” said Schwartzenberg, quoted by Jurnalul National. According to the Romanian newspaper, the French media group would be interested in taking over the Romanian news TV station.

Lagardère Group owns various media companies and products, among which Elle and Paris Match and a 7.5 percent stake in aeronautic company EADS. The group was created by Arnaud Lagardere, who still acts as general and managing partner. The group owns Radio 21, Europa FM and Vibe FM, as well as the advertising sales house Radio Regie Music in Romania. According to previous statements, the group was planning to launch TV stations in Romania, having received the approval for two TV stations.

Schwartzenberg has already been involved in a media deal with another famous media owner, Rupert Murdoch, who owns media company News Corp. He sold the advertising company Exclusiv Media, which became News Outdoor. Schwartzenberg has previously said he hopes to be able to tell the story of how he sold a second business to Rupert Murdoch in a couple of years.