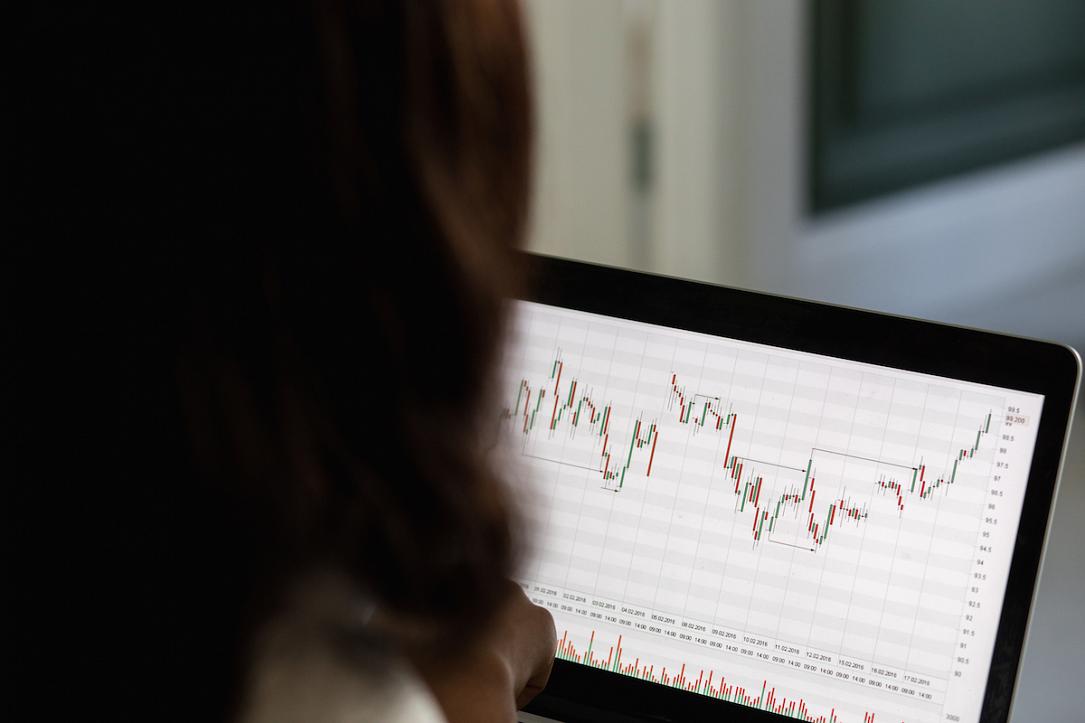 The Bucharest Stock Exchange’s blue-chip index BET has increased by almost 22% since the beginning of this year (as of Friday, July 2), double the 10.5% growth recorded by the FTSE 100, which follows the biggest companies listed on the London Stock Exchange.

The Romanian market is among only seven European markets that have recorded year-to-date increases of over 20% for their top indices, according to TradingEconomics.com data.

Austria has been the top-performing European market in the first half of this year with a YTD increase of 25.6%, closely followed by Slovenia, with 25.4%. The leading pack also includes Bulgaria, Estonia, Iceland and Sweden.

Of the big markets in Western Europe, France and the Netherlands recorded the best performances in the first half, with increases of their main indices of close to 18%. Meanwhile, Germany’s DAX index increased by 14.2%, slightly below the EU average represented by the Stoxx Europe 600 index (up 14.6%).

Malta and Turkey were the only European markets in the red in the first half of this year. Turkey has been struggling with high inflation and high interest rates. 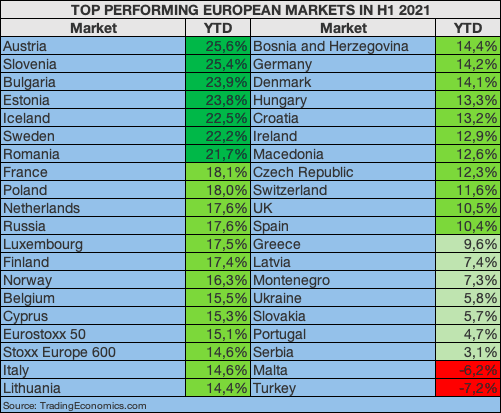 The BET index, which follows the evolution of the top 17 Romanian blue-chip stocks touched an all-time high level of over 12,000 points on June 28. In fact, many European markets are currently at or close to all-time high or multi-year high levels.

The Bucharest Stock Exchange has benefitted from the positive momentum on global equity markets. However, the growth recorded by Romanian stocks has also been backed by solid fundamentals as many local companies were undervalued compared to European peers at the beginning of this year.

The BET-TR index, which reflects the total returns offered by Romania’s blue-chip stocks, dividends included, has gained close to 25% since the beginning of this year.

The BET’s top performers in the first half were construction materials producer TeraPlast (TRP), whose shares have gained 127%, followed by nuclear power producer Nuclearelectrica (SNN), up 54% without dividends, medical services provider MedLife (M), up 53%, and winemaker Purcari (WINE), with a 43% increase.