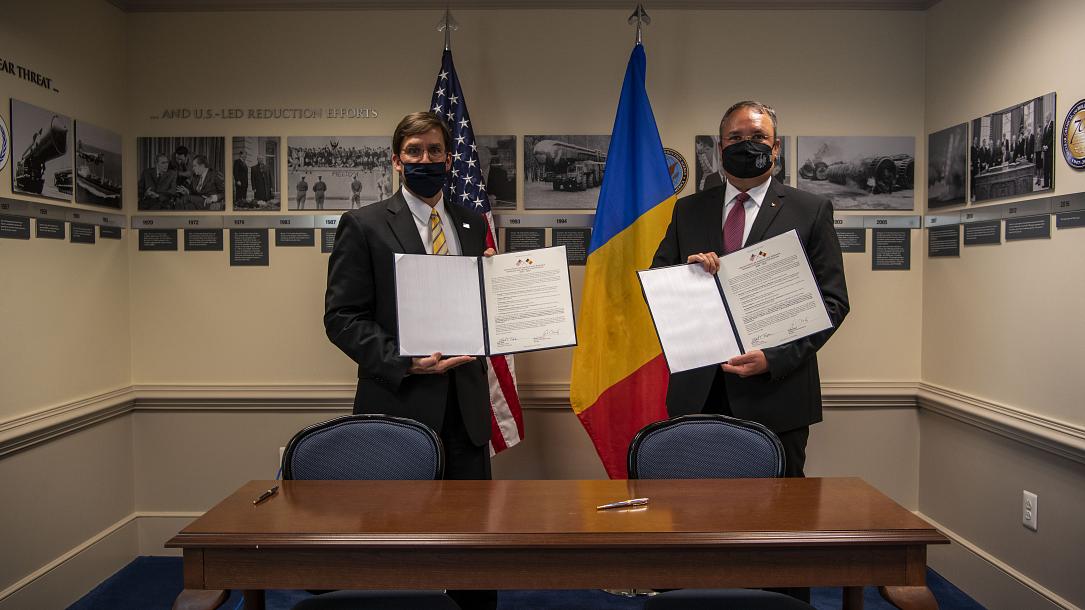 Romania's defense minister, Nicolae Ciuca, and US secretary of defense, Mark T. Esper, signed a 'Roadmap for Defense Cooperation for 2020-2030' on Thursday, October 8, in Washington.

The document outlines strategic priorities for strengthening cooperation in the Black Sea region and the continuous rotation of US forces in Romania.

It also includes collaboration in cybersecurity, resilience, and US assistance to help Romania modernize its armed forces, according to the Romanian Defense Ministry.

"Romania strongly supports the rotation of the US military in the Black Sea region. We understand that such a commitment involves, for us and other allies, the generation of adequate capabilities," said minister Ciuca.

He emphasized that the intensification of the exercise program carried out with the US armed forces is part of the overall goal of strengthening NATO's presence and visibility on the eastern flank.

"A few weeks ago, the first Patriot missiles system arrived in Romania, our country being the first state in the Eastern Flank to have in its armed forces such modern ground-to-air missile systems. Allocation of two percent of the Gross Domestic Product for defense has offered, starting with 2017, predictability in the Romanian Army's policy of endowing with modern combat equipment. It allowed us to start and support credible endowment programs," Ciuca added.