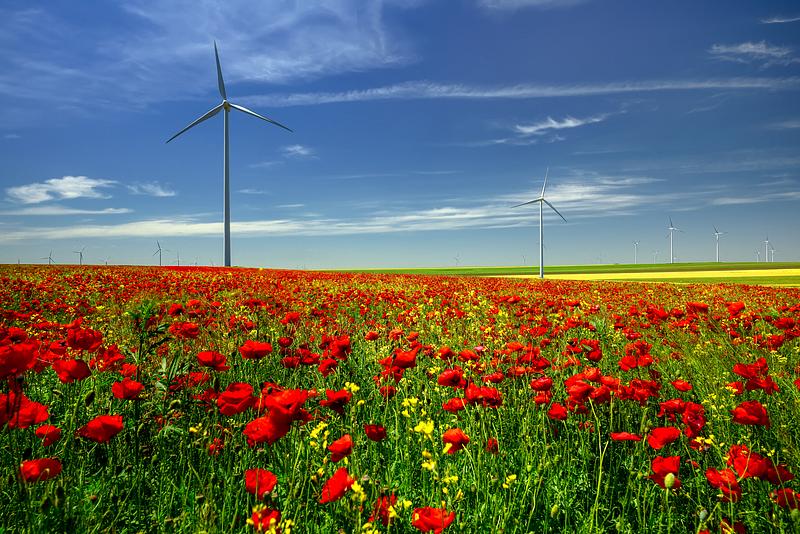 Bordered by the Danube and the Black Sea, the Romanian part of the Dobrogea region is a favorite summer spot for travelers. It has sunny resorts, traditional fishermen villages, and a wealth of historical sites but also quiet beaches and extensive vineyards. It is a place to go birdwatching and fishing, hiking, and camping. We outline below some reasons to give Dobrogea and its many attractions a try.

The Danube Delta pops up on almost any list of must-visit sites in Romania and Dobrogea, and for a good reason. It is a place that stands out with its rich biodiversity, a reason the Danube Delta Biosphere Reserve was added to UNESCO's World Heritage List. It is an ideal spot for birdwatching as enthusiasts can spot here many species, from cormorants and pelicans to egrets and storks. The beavers are also making a return to the area, where the beautiful forests of Letea, the first local nature reserve, and Caraorman can be found. Meandering through the delta's labyrinth of canals and ponds is a unique experience providing the opportunity to discover a very diverse water ecosystem.

Histria, Tomis, Callatis, or Argamum are some of the ancient settlements that developed on the coast of the Black Sea. Visitors can see the traces of the Greek and Roman civilizations at the history museums in the cities in the area or at the open-air sites that are open for visitors. A good starting point for a tour of the area's past days is Constanța, the largest city on the Romanian side of the Black Sea coast. Previously known by its historical name of Tomis, it hosts an Archeology Park where visitors can see vestiges of the former Tomis Fortress, from columns, amphorae, and capitols to fragments of buildings . The Roman Mosaic edifice is another must-see. Built toward the end of the 4th century AD and extended over the centuries, it was the city's commercial center. A landmark of Constanța's Old Town is the Ovidiu Square, named after the Roman poet sent into exile at Tomis in the year 8 AD by decree of the emperor Augustus. A statue of the poet sits in the square, a homage to the famous inhabitant. The ruins of the ancient Greek town of Callatis can be found in today's Mangalia, while those of the oldest Greek settlement on Romania's territory, Histria, can be seen further up north on the coast. Another interesting site, although not marked for tourists, is the Orgame/Argamum castra, a fort in the former Roman province of Moesia, today found in the Capul Doloșman area, in the eastern part of Tulcea County.

The region of Dobrogea is home to the Măcin Mountains, the oldest mountain chain in the country, and the surrounding national park. Although not impressive in height, the mountains offer spectacular sights nonetheless and are accessible to a wide range of hikers. Here, rocky landscapes, wavy ridges, and the archaic formations on the Pricopan Heights mix with the forest-steppe woods where the Dobrogea peony grows, the beech forests, and the canyons dug by water streams. Another nature landmark in the region is Techirghiol Lake, found some 15 km away from the port of Constanța, on the outskirts of Eforie Nord. Its waters are salty, and the mud extracted from it is thought to have curative properties for a range of ailments.
Also worth a visit is the Dobrogei Gorges Nature Reserve, a place to discover the remains of an ancient sea landscape, calcareous formations, and the caves formed here in time, among them Gura Dobrogei and La Adam.

Spend some time in a traditional village

Spending some time in one of the fishermen villages that dot the region is part of the charm of a Dobrogea holiday. It is a way to explore the traditional architecture, some of the less crowded beaches, and try the local fish specialties. Sfântu Gheorghe, at the end of the southern arm of the Danube, boasts a beautiful beach and is, every summer, the host of the Anonimul Independent Film Festival. Nearby is the Sacalin Island, a nature reserve. South of Sfântu Gheorghe, the commune of Jurilovca is a good base to explore the Argamum Citadel and Capul Doloșman or the beach at Gura Portiței. Jurilovca is home to an important community of Lipovans, Old Orthodox believers of Russian origin. In the northern part of Doborgea is Mila 23, a village accessible only by water and the birthplace of Romanian canoeist Ivan Patzaichin.

No trip to Dobrogea is complete without a taste of the fish specialties served here. Among them the fish soup, prepared with chunks of sturgeon, carp or pike, or saramură - carp broiled on the stove or on a spit, and served with polenta and garlic sauce. Plachia de crap, carp cooked with onions and oil, is another popular dish as it the local salad, Salata Dobrogeană, made with a mix of fresh vegetables: pepper, cucumbers, tomatoes, onion to which grated cheese and boiled eggs are added. Dobrogea is also a wine-growing region, and some of the country's oldest and finest vineyards are found here, among them Murfatlar and Sarica Niculitel.