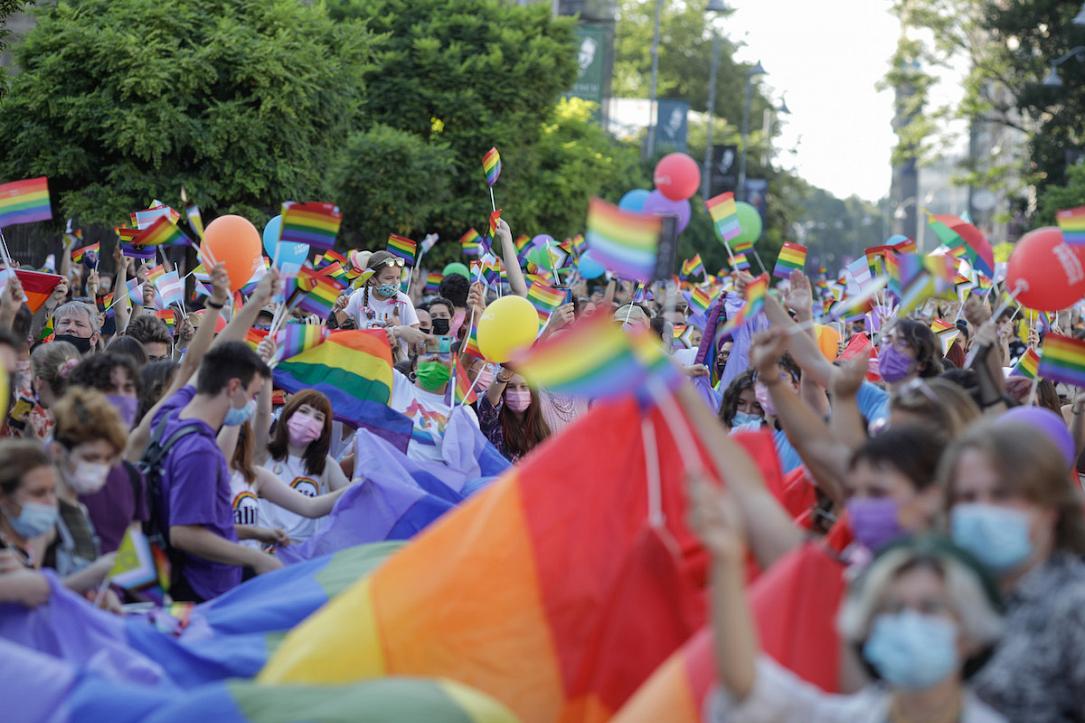 Romania is currently one of the least LGBTIQ+ friendly countries in Europe, according to this year’s Rainbow Europe Map & Index created by the sexual and gender minority human rights organization ILGA-Europe. Another report, launched in 2021, estimates the cost of LGBTQ+ discrimination in Romania at up to USD 4.4 bln per year.

Released every year since 2009, the Rainbow Europe Map & Index represents a ranking of 49 countries based on their laws and policies concerning the LGBTIQ+ community. Countries are ranked on the basis of 74 individual criteria, using a scale of 0% (gross violations of human rights) to 100% (full equality and respect of human rights).

This year’s findings are mostly positive, as there are several countries taking steps toward equality and recognizing the needs and rights of LGBTIQ+ people. For the seventh year in a row, Malta occupies the number one spot on the Rainbow Europe Map & Index, with a score of 92%.

Greece has jumped up several spots since the last index. And lower-ranking countries such as Slovakia and Latvia have also made strides.

However, several countries have slipped backwards.

Romania, which already occupied a low spot in the ranking, has gone down one point since last year due to authorities’ obstruction of local Pride events and potential legislative measures that discriminate against and infringe on the freedom and rights of sexual and gender minorities.

ILGA-Europe’s Advocacy Director Katrin Hugendubel had this to say with regards to the negative trend of certain countries:  “Despite the new dynamic we’re clearly seeing, the situation remains fragile. A downward spiral of hostile political discourse, legislative stagnation, and in some countries even withdrawal of LGBTI rights and freedoms is worrying. And while countries like Bulgaria and Romania, for example, have not been in the headlines, they are moving down in ranking, nearer and nearer to Poland, which is at the very bottom in the European Union.”

Despite adhering to the European Commission’s “Equality Strategy for LGBTIQ people 2020-2025”, Romania has taken legislative steps in the opposite direction. At the end of April, Romania’s Senate tacitly passed a bill that may end up eliminating any positive mention of sexual minorities in Romanian media & advertising, under the pretext of protecting minors.

At the same time, Romania doesn’t recognize non-heterosexual relationships and has no legally recognized form of civil union between same-sex partners. Moreover, gender transition is only officially recognized if the person undergoes sex reassignment surgery, non-binary genders are not legally accepted, conversion therapy is legal, access to healthcare is unequal, the rates of homophobic verbal and physical violence are high, and public opinion leans heavily towards intolerance.

The past few years have seen some positive changes. However, certain political parties, as well as religious and non-governmental organizations, such as the Romanian Orthodox Church and the Coalition for Family, have tried their hardest to obstruct the adoption of laws and policies that would ensure equal rights for LGBTIQ+ folk.

In the workplace, people that identify as LGBTIQ+ are protected from discrimination on paper, but the reality is that many people hide important aspects of their personal life to avoid unwanted consequences.

This year, on May 17, which is the International Day Against Homophobia, Transphobia and Biphobia, the Romanian Diversity Chamber of Commerce is hosting its second “LGBTQ+ at Work” conference, in partnership with the French Institute, the French Embassy, and the ACCEPT Organization.

Lestat Monroe, founder and director of the Romanian Diversity Chamber of Commerce explains the importance of this event and highlights a specific consequence of the diversity-hostile environment in Romania: “We live in times where people want to be able to bring their whole self to work. Companies will need to accommodate that or risk losing talent over old, bigoted ways of doing things.”

“At this point, it’s costly to not be inclusive. We want to work with companies to support them in welcoming diversity with open arms,” he adds.

According to the “Economic Case for LGBT+ Inclusion in Central and Eastern Europe”, launched in 2021, every year, LGBTQ+ discrimination costs Romania between USD 1.6 billion and USD 4.4 billion, or the equivalent of 0.63% to 1.75% of the country’s GDP.