Covid-19: Protests against restrictions held in several cities in Romania 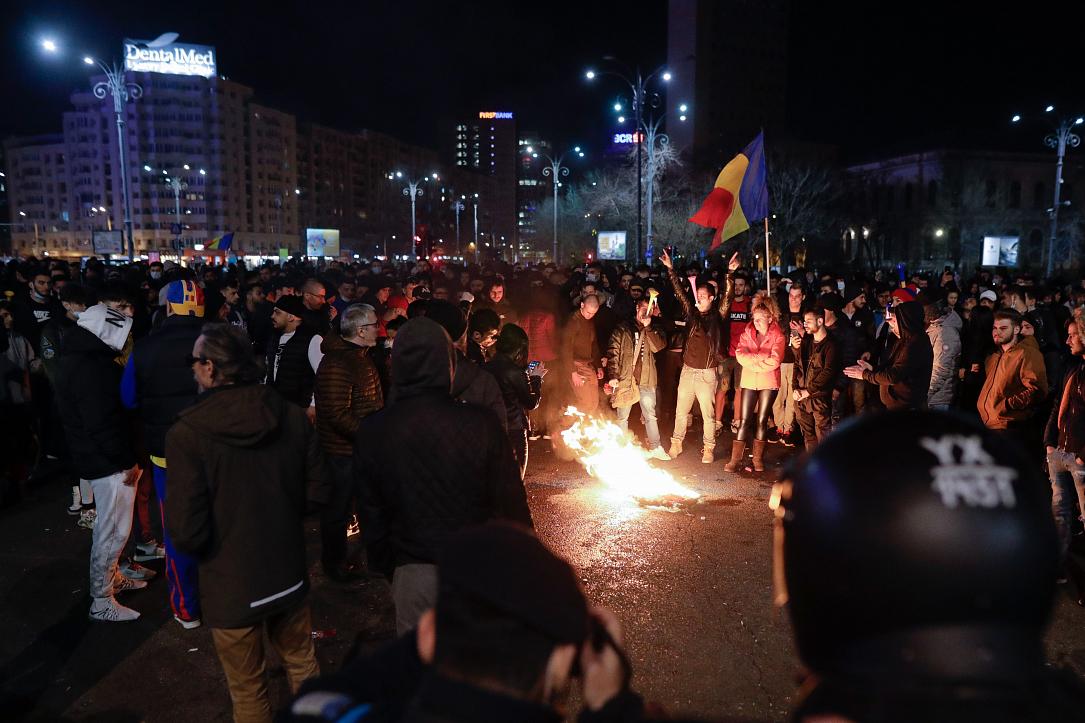 Hundreds protested against the Covid-19 restrictions in Bucharest and several other large cities in the country on Monday, March 29, as the authorities introduced new measures in an attempt to curb the spread of the virus.

The new measures include different night curfew schedules and shorter shopping hours, depending on the Covid-19 incidence rate in every locality.

In Bucharest, people gathered in Victoriei Square, chanting “Freedom!”, slogans against the authorities and the “medical dictatorship,” and setting protective face masks on fire. George Simion, the leader of the nationalist party AUR, and MP Diana Şoşoacă, recently excluded from AUR, were among the protesters in Bucharest, News.ro reported.

The Police are questioning 188 people and levied 222 fines amounting to RON 200,000 (EUR 40,983), including eight for the organizers of the protests. An inquiry is ongoing to identify those who disturbed public order and caused damages. At the same time, 12 gendarmes were wounded in the incidents, and three of them required hospital admission.

Smaller protests were held in other cities in the country, including Sibiu, Timișoara, Cluj-Napoca, Iaşi, Constanța, and Brașov. In Bacău, several tens of people protested in front of the municipal hospital G4media.ro reported.

Reacting to the events, the authorities insisted the measures introduced were meant to protect the population. The Emergency Situations Department (DSU) released a list of the countries that introduced night-time movement restrictions to limit the spread of Covid-19. “The restrictions introduced in Romania, besides having the role of easing the pressure on the healthcare system, have a prevention role and are meant to save lives,” it said.

Alin Stoica, the prefect of Bucharest, thanked the Bucharest residents who follow the sanitary rules and said the norms introduced would not be changed following the protests. “We will not drop these measures because they are designed to protect us. The actions of 2,000 people will not make us change our mind,” he said, quoted by Digi24.

Bucharest mayor Nicușor Dan issued an appeal to solidarity and asked those who protest against the restrictions to do so without resorting to violence and think of those they might endanger.

Commenting on the protests held on March 28, prime minister Florin Cîțu said he understood people’s tiredness after one pandemic year, but efforts still needed to be made until most people were vaccinated.

On March 29, Romania had 1,398 Covid-19 patients admitted to intensive care units, a record high, as the authorities are working to add more ICU beds while faced with a healthcare staff shortage.