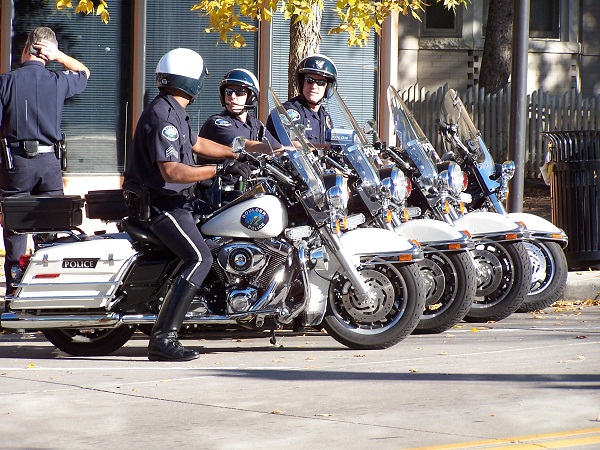 Romanian Prime Minister Emil Boc has changed his mind about using a police escort after initially announcing he had given up on a police traffic escort after some members of the Romanian Police had rallied in Bucharest last week.  "It was a way to show my disapproval of those who breached the law and express my standpoint concerning those who were supposed to defend the law but violated it," said the prime minister.

Emil Boc moved around the city without a traffic escort and had to respect the traffic lights along with the rest of the drivers in Bucharest for the last two days. Romanian President Traian Basescu has also been traveling in the city without a police escort. Romania media had shown Basescu driving his own Dacia Logan car and stopping for the red traffic lights in Bucharest during the last two days.

Nearly 8,000 people, including thousands of police officers and prison guards, gathered outside the presidential palace in Bucharest last week. They had started their demonstration at the Government's headquarters but left after two hours for the presidential palace, in an unauthorized march, where they threw bottles, candles and police hats and demanded the president come out and solve their claims.

Following the protest, President Traian Basescu and the prime minister announced they no longer wish to be escorted by Interior Ministry personnel. The president said police officers undermined the state's authority and its institutions, and highlighted that the only protesters who breached the law during rallies staged last week were the ministry's employees. He also said gendarmes who were supposed to apply the law, negotiated it with demonstrators.