Peer Gebauer is the new German ambassador to Romania 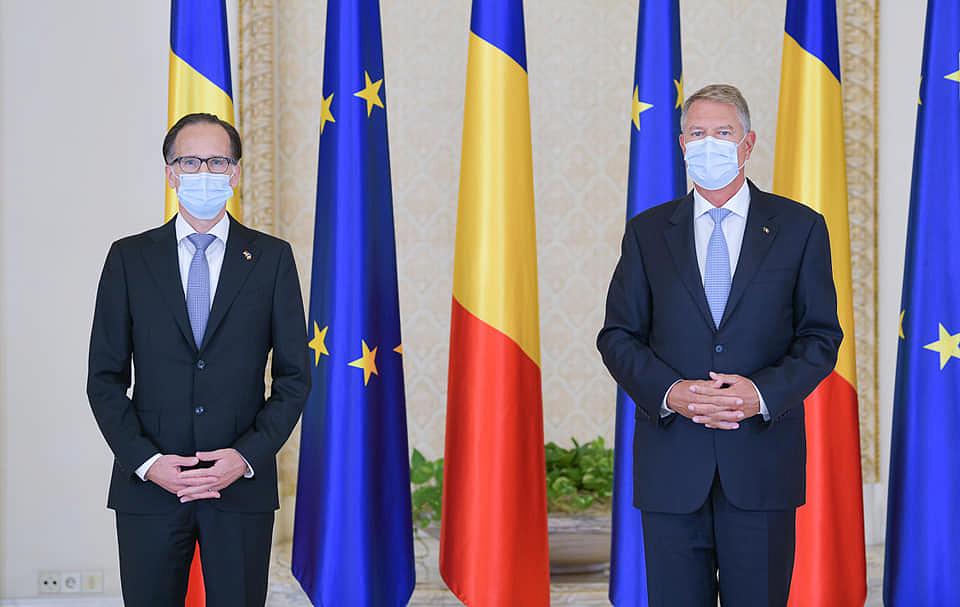 New German ambassador to Romania Peer Gebauer has officially started his mandate on Tuesday, August 24, after presenting his letter of accreditation to President Klaus Iohannis.

"Ambassador Peer Gebauer presented today to the President of Romania, Klaus Iohannis, the letter of accreditation signed by Federal President Frank-Walter Steinmeier, thus officially taking over his mandate as the new ambassador of the Federal Republic of Germany to Romania," the embassy said, according to News.ro.

"Romania is a very important partner of Germany. […] As ambassador, I look forward to working with our Romanian friends to develop bilateral relations further and deepen cooperation. Personally, I am very eager to travel through this beautiful country and get to know its people better," ambassador Gebauer said.

Between 2017-2019 he was head of the Department of Bilateral Relations with the states of the Near and Middle East, Africa, Asia and Latin America, Federal Chancellery, Berlin.

In the period 2019-2021, he was director of the Directorate of Global Affairs, sub-Saharan Africa, development policy, foreign policy on migration at the Federal Chancellery in Berlin. Further details are available here.