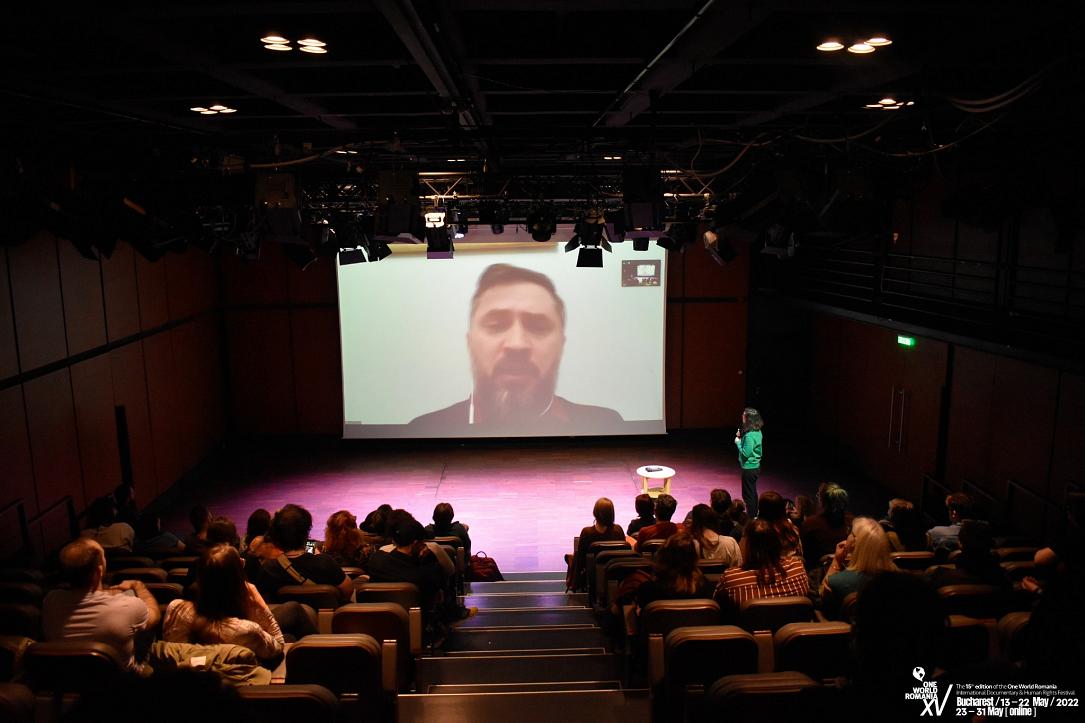 One World Romania, the only human rights-oriented documentary film festival in the country, is starting this evening in Bucharest. The festival is at its 15th edition and will present a diverse collection of internationally sourced films gathered under a common theme.

In-person screenings will take place between May 13 and May 23 at various locations throughout Bucharest, such as the Elvire Popesco Cinema, ARCUB, the Eforie Cinematheque, the Bucharest Czech Centre, and other cultural venues.

Later in the month, between May 23 and May 31, the festival will move its screenings online where they will be available to watch from anywhere in the country.

This year’s theme is the interaction between human beings and the environments they occupy, with a special focus on the problematic aspects of this perpetual and unbreakable relationship.

OWR director Monica Stan talks about the meaning of the chosen theme and its important implications: "Humankind is nature. Whatever happens to nature happens in us as well, and whatever happens in us reflects back onto nature. Proceeding from this vision of humans as an integral part of the vast and complex ecosystem of the world, in the 15th edition of OWR we want to reflect on the interaction between body, mind, and the surrounding world, and move towards both an environmental ecology and the ecology of the mind and body."

"We understand the ways in which pollution and ecological disasters negatively impact our physical and mental well-being, but we are less aware of how our psychological and physical structures impact and pollute the environment in this continuous feedback loop. The irresponsible desire to expand without respect for our surroundings actually reflects a deep disconnect from our own needs, which in reality are never in contradiction with those of the planet," she adds.

The festival’s opening gala takes place this evening, May 13, at the National Museum of Art starting at 7 pm.

It features the screening of the award-winning documentary “A.I. at War”. The film is an insightful analysis of the tragedy of war as seen through the eyes of an artificially intelligent being and was directed by French journalist and filmmaker Florent Marcie, who will be personally present.

During the festival, multiple films will be followed or preceded by discussions with their creators, with audience members also getting the opportunity to speak to the filmmakers during Q&A sessions.

Tickets for the films and events are available for purchase on https://eventbook.ro/.

A ticket offering entrance to all the films in the festival’s program will also be available on the Eventbook website for a limited time. The festival is donating 50% of proceeds from these tickets to the participating Ukrainian filmmakers.