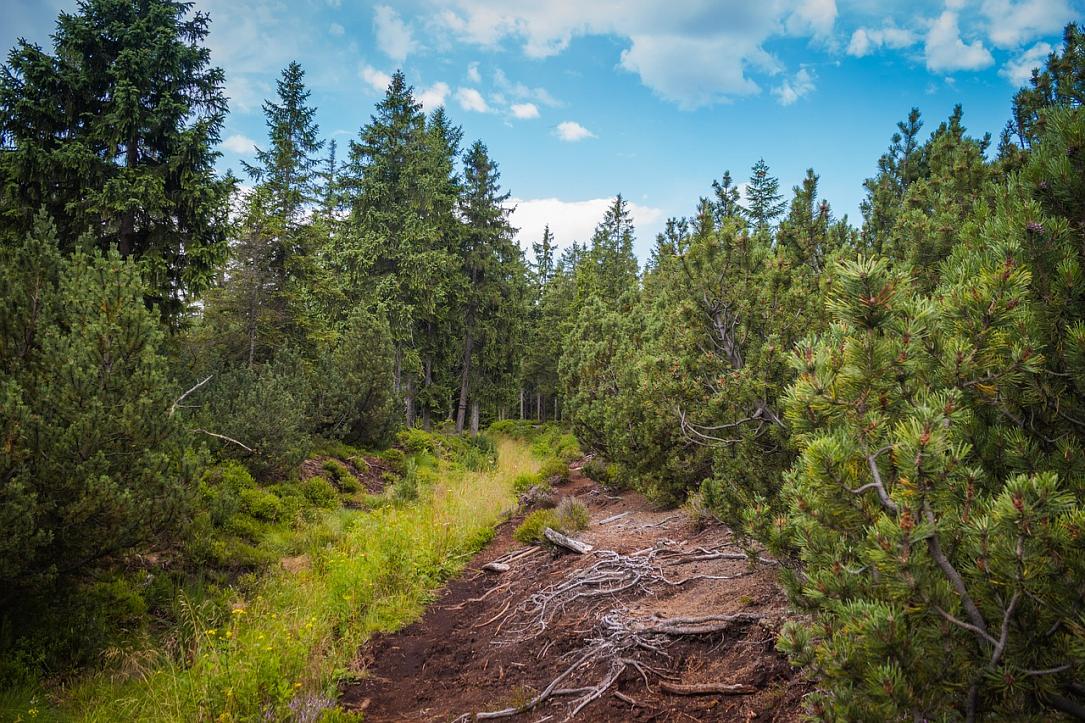 The dwarf mountain pine has significantly reduced its coverage area in the past 150 years, as it was cut to make way for pastures. But the dwarf pine belt spreading above the natural spruce forests is a valuable ecological area, with many important aspects.

The dwarf mountain pine (Pinus mugo) is a shrub or small tree that can be encountered at the high-altitude levels of mountains in Central and Eastern Europe. The subalpine belt of the Eastern Alps and the Carpathians, between 1,600 to 2,200 meters, is where it is often grows. In the Carpathians, it grows on mountain slopes and ridges generally up to 2,300 meters and forms dense thickets above the beech or spruce forests.

The dwarf mountain pine spreads over poor substrata and tolerates many types of bedrock, such as limestone, dolomites, sandstone, gneiss and granite. It can withstand low temperatures and its tolerance to cold makes it successful in the subalpine belt, where it can be found alongside the green alder (alnus viridis) and the rhododendron.

Unlike other pines, the dwarf pine has an extensive root system with many branches consolidating loose soils. It also bears long stems lying on the ground. These give it an important role in torrents and avalanche erosion on high mountains. The dwarf pines will hold up the snow in the areas they cover so there is no danger of avalanches. In some parts of northern Europe, the dwarf pine has also been used to stabilize drifting sand dunes and as early shelter belts for plantations with Scots Pine in sandy areas.

The presence of the dwarf pine is also important for species such as the chamois, which find shelter in the pinus mugo areas. 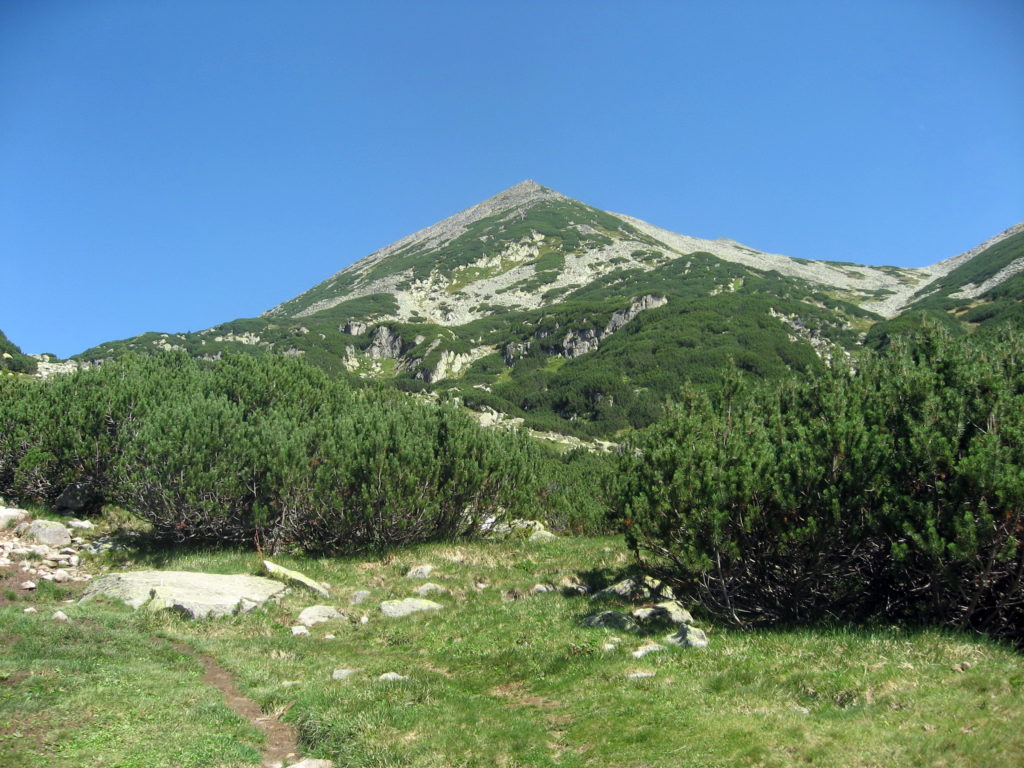 Besides being grown as decorative planting, the dwarf pine has also been extensively used for its needles, filled with vitamin C and carotene. Beverages, such as syrups and liquors, commonly have been obtained out of the cones and buds, and recommended to reinforce the immune system in colds. As is the case with other pines, the dwarf pine produces a resin that is considered antiseptic and diuretic. The dwarf pine oil is sometimes added to ointments to prevent skin infections, and used as a flavoring and fragrance in cough and cold medicines and nasal decongestants. The essential oil obtained from the young twigs is also used in perfumeries. Pitch could also be obtained from the resin and a tan or green dye from the needles.

Its medicinal uses are one of the reasons the dwarf pine has been extensively used. For instance, in the 1990s, some 30 hectares of Mugo pine forests in the Rețitiș area of the Călimani National Park were collected to be used in the pharmaceutical industry. The mugo pine trees were harvested for the extraction of turpentine, a substance used to obtain resin-based pharmaceutical products.

In addition, many areas of dwarf pine have been felled to make way for grazing meadows. The human exploitation of the alpine areas where the dwarf pine is found has led to the loss of some two thirds to three quarters of the dwarf pine habitat across Europe, experts estimate. Across Europe, pine scrublands were cut and burnt in order to enlarge pastures, especially since the expansion of mountain animal husbandry in the Middle Ages. Because of its low height and scrubland density, the dwarf pine favor the spread of fires and human-caused fires have eliminated them.

In Romania, a state program prior to 1989 aimed at the enhancement of productivity of alpine grassland entailed a significant reduction of dwarf-pine habitats. As the number of sheep flocks increased artificially, alpine pastures degraded and biological diversity decreased. It was also the case of the dwarf pine habitats, bringing about soil erosion phenomena and the deterioration of the habitats of other species. Around 30% of the dwarf pine habitats in the Retezat Mountains were destroyed since 1970s, estimates show.

A recent initiative has tried to reverse the situation and bring the dwarf pine back in the Călimani and Gurghiu mountains. The project was aimed at the ecological reconstruction of habitats from the Călimani -Gurghiu Natura 2000 site affected by non-sustainable human activities and Pinus mugo was replanted alongside other species. Dwarf-pines were also replanted in the Retezat Park.

Farjon, A. Pinus mugo. The IUCN Red List of Threatened Species 2017 at iucnredlist.org