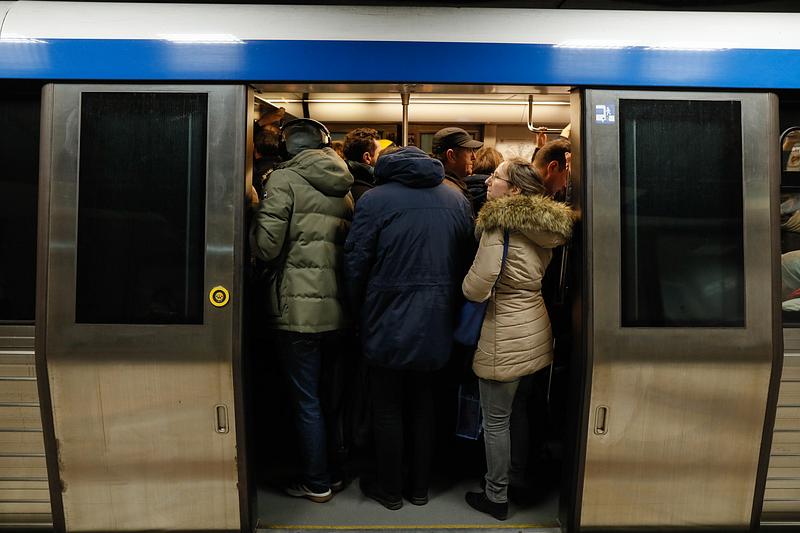 The simultaneous arrival of trains at the platforms of stations with a high flux of travelers will be avoided during the peak travel hours, Metrorex, the Bucharest subway operator, announced.

The measure is among several taken to prevent crowding in the stations as authorities are trying to limit the spread of the coronavirus.

Raed Arafat, the head of the Emergency Situations Inspectorate (ISU), requested on March 8 that Metrorex take steps to avoid the crowding of stations and limit the spread of the virus.

At the same time, the staff driving the trains was increased to lower the return times of trains back to the end of the lines, Hotnews.ro reported.

Transport minister Lucian Bode previously said that Metrorex has put the maximum number of trains into use and waiting times were in between 2 and 4 minutes on the most crowded lines.

To further limit the spread of the Covid-19 coronavirus, all subway trains undergo additional disinfection of the pole grips and the door opening buttons.

Metrorex said it requested the cleaning companies it has contracted to intensify the cleaning of the public areas and technical areas inside the subway stations. At the same time, the work stations of the staff at the ticket counters, who handle banknotes, have been equipped with antibacterial gel dispensers.

Metrorex recommended travelers to follow hygiene rules throughout their subway travel. The operator has displayed posters in stations with information detailing protection measures against the coronavirus infection.

On Sunday, March 8, Metrorex director Mariana Miclăuș argued that companies should “rethink a bit” the schedule of their employees so as the crowding at peak hours could be avoided, Digi24.ro reported.

“We are using our entire fleet and, together with my colleagues, we will think about additional measures. I think that companies should rethink a bit their schedule so as the crowding could be diminished. We generally run, every day, at the maximum train capacity,” Miclăuș said.

Over 600,000 people use the subway daily in Bucharest, transport minister Lucian Bode said. Many stations gets crowded during rush hours as people choose to take the subway to avoid the overground traffic.

The Bucharest Transport Company (STB), which operates the city’s overground public transport, will also introduce additional vehicles into use to avoid crowding, Aurelian Bădulescu, the deputy mayor of Bucharest said.