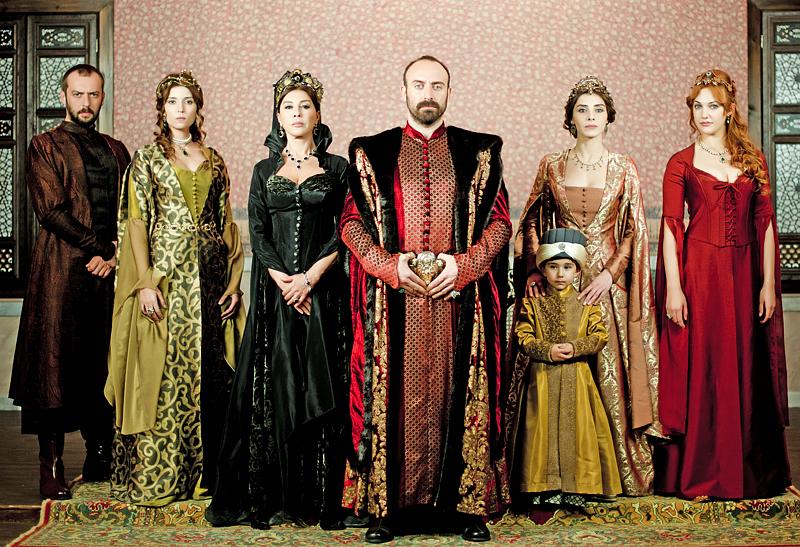 Liviu Dragnea, the leader of Romania's governing Social Democratic Party (PSD), has often been compared by some local media to the president of Turkey Recep Tayyip Erdoğan, for the way he has managed to defeat his political opponents. However, Dragnea may draw his inspiration not from Erdogan but from one of the legendary sultans of the Ottoman Empire.

Some time ago, Dragnea, who is one of the most powerful and controversial politicians of the moment in Romania, allegedly stopped one of his party’s meetings to watch Magnificent Century (Muhteşem Yüzyıl), a Turkish TV series based on the life of Ottoman Sultan Suleiman the Magnificent.

Catalin Ivan, a member of the European Parliament representing the Social Democratic Party (PSD), has recalled the moment in a Facebook post in which he criticizes Liviu Dragnea. Ivan says that Dragnea knew how to take advantage of the "weaknesses" of those around him, and now he has come to control almost all state institutions.

“I admit I have never looked carefully at Liviu Dragnea. I thought I had many more important things to do than to analyze him and try to understand and anticipate his plans. Our indifference, especially that of the party’s important leaders, is now costing us very much. He knew how to make himself useful, to go up within the party quietly, patiently, to exploit the weaknesses of others… and here we are now, with him controlling almost all the important state institutions,” reads Catalin Ivan’s post on Facebook.

He then recalls the moment when Dragnea stopped a party meeting to watch the Turkish TV series, saying that, although it was seen as funny at that time, that moment has gained a more important symbolism following the hard moments the party has been going through recently.

“We were amused when he suspended a party meeting to watch Magnificent Century. But seeing his evolution, that moment gains a new symbolism. After the Shhaideh crisis, the Plumb and Shhaideh crisis followed, then the Carmen Dan crisis, and now the Dancila catastrophe. The conclusion is that the film Magnificent Century should be banned because, when combined with lack of culture, it can create monsters,” Catalin Ivan ended his post.

Update: Liviu Dragnea reacted to Catalin Ivan's statement, saying the they were "nonsense". "I don't remember ever suspending a political meeting to watch Suleiman the Magnificent. I saw a few episodes some years ago, but it's been over for many years," Dragnea said, according to Hotnews.ro. He added he watches a movie or reads a book now and then, but he doesn't get carried away.

The first “Shhaideh crisis” Ivan referred to in his post is related to the moment when PSD won the Parliamentary elections in December 2016 and Liviu Dragnea wanted to appoint Sevil Shhaideh, one of his most loyal collaborator, as prime minister but the president refused to nominate her. Sorin Grindeanu was appointed PM at that time, but he was changed a few months later through a no-confidence motion voted in the Parliament, after he challenged Dragnea's authority as PSD leader. It was the first time when the governing coalition overthrew its own government.

PSD changed its prime minister once again in January this year, after Grindeanu's successor, Mihai Tudose, also went against Dragnea. Tudose first removed development minister Sevil Shhaideh and environment minister Rovana Plumb from his cabinet, after the National Anticorruption Department (DNA) started investigating them in a corruption case connected to Liviu Dragnea. The small government reshuffle in November last year was seen as a victory for Tudose, who seemed to become a powerful opponent for Dragnea.

The “Carmen Dan crisis” followed in January this year. Carmen Dan, Dragnea's protegee, was the minister of interior in the Tudose cabinet. When a traffic police officer was arrested for sexually assaulting two children, Carmen Dan asked for the dismissal of the Romanian Police chief, saying that the institution needed to be reformed and that its leaders had covered the internal problems for many years. Tudose refused and accused the interior minister of lying to him about having a successor for the Romanian Police head. the PM also suggested that Carmen Dan should resign if she were allowed to do so. This was seen as a gesture of defiance by Tudose addressed to Dragnea.

The party's national executive committee immediately called a meeting and unexpectedly decided to withdraw support for Mihai Tudose, despite his apparent growing influence within the party. This led to the resignation of prime minister Mihai Tudose.

Liviu Dragnea thus emerged as winner from another difficult situation. More over, he convinced president Klaus Iohannis to appoint MEP Viorica Dancila, a person with no important achievements in her career but very loyal to Dragnea, to form a new government. Many believe that the PSD leader, who is president of the Chamber of Deputies, will also be the de facto leader of the new government.

This is not the first time when Catalin Ivan attacks Liviu Dragnea. For example, in early-February last year, he criticized the way the government tried to change the Penal Code, saying that PSD members didn’t know about the controversial emergency ordinance that triggered massive street protests in Romania. He said at that time that the protesters’ discontent and concerns were real.

The Turkish TV series Magnificent Century (Muhteşem Yüzyıl), broadcast by local TV station Kanal D, was one of the most popular TV programs in recent years.