Life in the Romanian countryside: Religious holidays and work in rural Romania 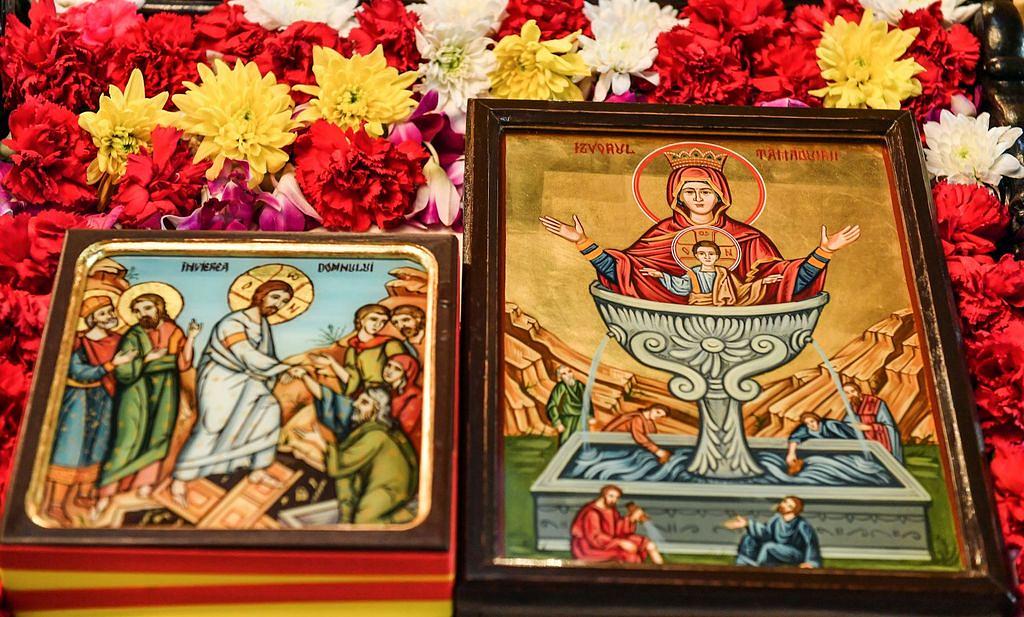 When I moved to the countryside a year and a half ago, I expected some adjustments and learning curves. I had some countryside experience after spending my childhood in a village, but I had also been a city dweller for 20 years. One of the unexpected lessons was about religious holidays and time off in rural Romania.

Check here the story of how I moved to the countryside and how I work remotely while my team is in Bucharest.

In the Northern Romania village we moved to, many people are religious. It’s an orthodox community, like most villages all across Romania. People here got to church on Sundays and on big holidays, dressed in their good clothes. Thankfully, they don’t insist newcomers like we do the same. While they’re relatively open-minded about church-going, there’s something the majority in the village would object to: working during a religious holiday. I had a vague idea about this from my childhood rural life, but as a child, I did not pay attention to how strict this was. However, as we’ve been building our own house here and had to manage a construction site and sometimes, additional help on the site, we became acutely aware of this unwritten rule.

On religious holidays, people here don’t work in the garden or the fields, don’t sow, knit or weave, don’t do any house repairs, some even don’t even wash clothes. People still tend for their farm animals, cook and do light house cleaning. Physical work is also out of discussion. A religious holiday is really a rest day, even for people I would have not considered religious.

Sometimes, some local companies or store would close down during a religious holiday, either because the owner or because their staff observed it. This was not a hard rule, so we had to ask in advance whether they worked on given holidays, and plan accordingly. Thankfully modern retail is more predictable.

This had such an impact in our lives that I created a large, printed family calendar which now also includes main religious holidays observed in this area. There are 32 religious holidays in 2018, 5 of which happen on a Sunday which is already a rest day. April was the month with most such days, 6 – mainly because of Orthodox Easter.  January and May also had 4 such holidays each; August, October, November and December will also have 3 to 4 religious holidays each.

In fact, there’s no month without at least one big religious holiday. These are marked with a red cross in the official orthodox calendar – which, by the way, has a saint for each day. This is why I had to highlight only those important ones separately, as often we’d find out about a holiday from neighbors or family so we had to postpone important work on our house.

During these days off, sometimes people here visit each other, families get together at bigger holidays or to celebrate name days. Some go foraging in the forest if the weather allows it. Many villages throw bigger celebrations for their patron saint (usually the patron saint of the main church in the village).

Here, the yearly celebration happened on the Ascension Day: there was a live folk music show with singers from the region, school kids’ performances, a fair for kids in the center of the vilage, speeches by mayors and priests. It was one of the main events in the village, alongside the Christmas fair, probably.

I was curious to see how living a rural life and observing the religious holidays compared with having a, say, corporate life in the city, for the number of days off. Villagers work on Saturdays, as well as on national days off, but don’t work during religious holidays. City dwellers have 12 national days off in 2018 and don’t work on Saturdays and Sundays at their jobs – but can use any day to do house repairs, for example (oh, how I remember the hammer drill sound on a Sunday morning from our upstairs neighbor).

There are 52 Sundays and 27 religious holidays during other days of the week, which makes 79 days off for a farmer in the countryside, for example.

Meanwhile, those who go by modern live and office jobs rules have 116 days off, including 2-day weekends. So it’s more than an extra month off for the city dwellers – not including their 21 days of yearly holiday.

I made these calculations out of curiosity while adapting to our new life in the rural community here.

What did we do with respect to the days off, you may ask? We tried to somehow make both worlds work – without being able to take days off on both systems :)  On religious holidays, we’d still work our regular jobs, over the internet and phone, with our teams in Bucharest. On national days off and on Saturdays, we got to work on the house or in the garden. On Sundays, we usually try to rest like everyone else, everywhere.

Life in the Romanian countryside: How I work remotely from a village with my team in Bucharest

Life in the Romanian countryside: How I left Bucharest to build a house and garden far away

Life in the Romanian countryside: Rediscovering nature from our remote village, after 20 years in the city

Life in the Romanian countryside: Travel options when working remotely in a country with poor transport infrastructure