Skip to main content
Entertainment
Who is Laura Bretan, the young opera singer who won this year’s Romania’s Got Talent? 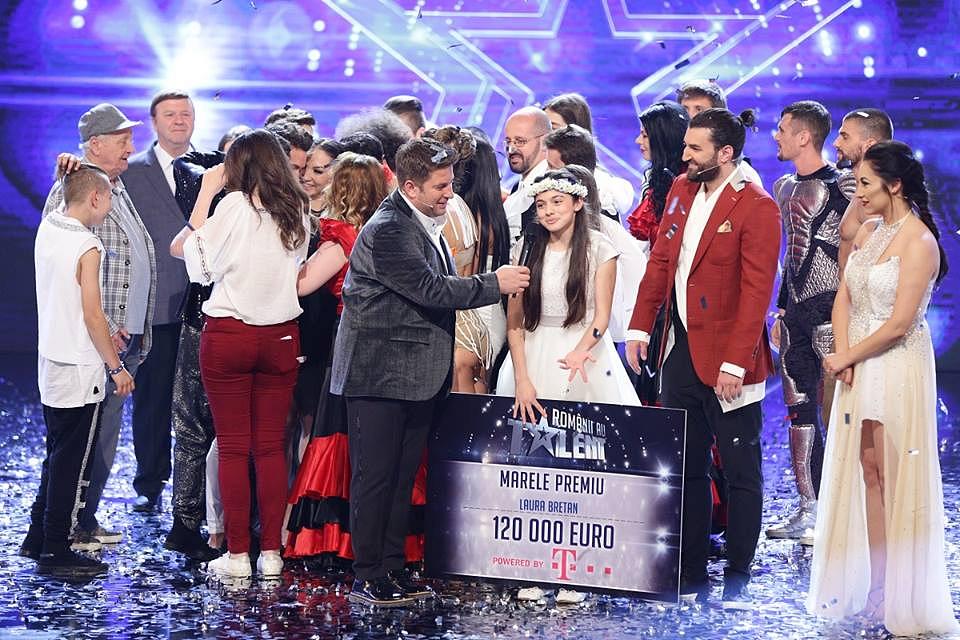 Laura Bretan, 13, is the big winner of this year’s edition of Romania’s Got Talent TV show. She sang the famous aria Vissi d’arte from Puccini’s opera Tosca in the final, mesmerizing the audience and the jury with her amazing voice.

Laura is of Romanian origin, but was born in the US and lives with her family in Chicago. Encouraged by her mother, she started singing in the church when she was 4-years old. At the age of 12, she began taking voice lessons and learn arias from operas. She is now studying canto with Nicoleta Roman, a Romanian lyric artist at the Chicago Symphony Orchestra.

Laura Bretan previously won several competitions, such as Super Top Dog (for children aged under 14), and Stars of Tomorrow. In 2014, she performed the national anthem for Chicago White Sox at US Cellular Field in Chicago, according to the local media.

She is now competing in America’s Got Talent, where she has also impressed the jury and got Mel B’s Golden Buzzer, which sent her directly into the show’s semifinals.

Laura’s Romanian grandfather, who died one year ago and was her biggest fan, convinced her to compete in Romania’s Got Talent. At the auditions, she impressed both the jury and the audience and got a Super Golden Buzzer from the show’s presenters, which sent her straight into the final.

“I’m very nervous. I've never believed that something like this is possible, I have no words to explain what happened tonight,” Laura said after winning Romania’s Got Talent.

“I’m speechless. I actually have no words to express how much happiness I feel now after the winners’ talents amazed us for more than six seasons, and now the talent of little Laura not only breaks our souls, penetrating deep into them, but also breaks boundaries, managing to amaze millions of people! My sincere congratulations! Good luck!” Andra, one of the most popular pop singers in Romania and one jury member at Romania’s Got Talent wrote on her Facebook page.