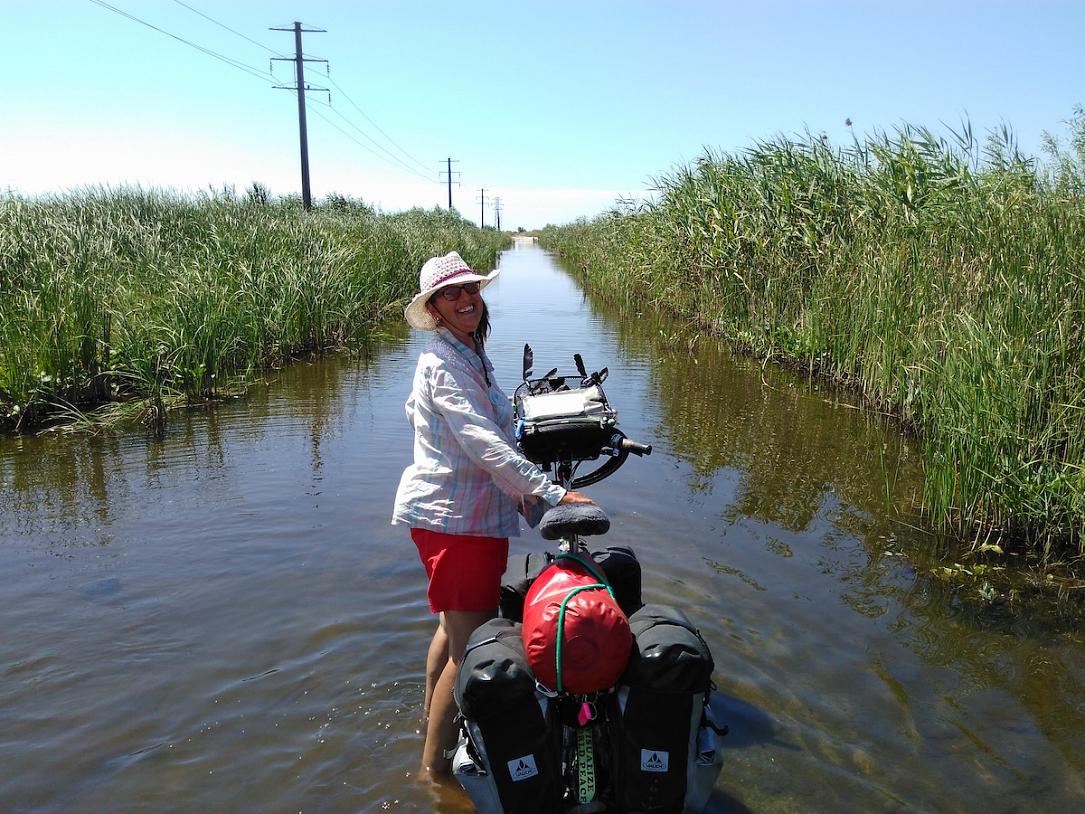 As part of our Romania Appreciation Weeks campaign, we're inviting our readers to share their stories with us and tell the world what Romania means to them. Janine Holenstein, a Swiss woman who has been living in Romania for nearly three years, has decided to join our campaign and fill in the interview here. Below is her Romanian story.

Janine Holenstein first discovered the Romanian town of Sulina in 2016 during her self-supported bicycle tour along the Danube. "This town literally spoke to me in a way that I had to come back for more in 2017!" she said. In the meantime, lots of things have changed for her back in Switzerland, and in March 2018, she decided to make Sulina her new home.

Things have not always been pretty for Janine in Romania, with the free-roaming dogs and the garbage lying around everywhere being the top challenges for her when first arriving here. However, she says that the country has brought lots of good things to her life, such as diversity, ingenuity, new friends, and the freedom to live a simple life.

What is your name and where are you from, originally?

How long have you been in Romania and what brought you here? What is your main activity here?

I've come to Romania by myself on a self-supported bicycle tour along the Danube river in 2016 (EuroVelo 6, Atlantic-Black Sea) and ended up in Sulina.

This town literally spoke to me in a way that I had to come back for more in 2017! All summer, I helped out in an eco-touring business that catered mostly to Westerners then, going on wilderness, nature, and cultural tours by kayak/canoe and bicycle.

Then a lot of things changed for me back in Switzerland, and so I decided to make Sulina my new home. I've now been here for nearly 3 years, since March 2018.

I came across the Djerdap dam on my fully loaded bike and wanted to take a picture of the Romanian flag for my diary, which a border officer very strictly told me not to - and then he led me past a long line of cars waiting to cross into Romania and waved me right through before all of them!

What was your main challenge when arriving in Romania? How did you overcome it?

I was shocked at the huge amount of garbage lying around everywhere. Since then, I've come to realize that there is a lot of effort going on to raise awareness for proper garbage disposal and separation (and thinking back about 30-40 years, we've actually had a similar situation going on in western Europe, of course!)

Another huge challenge, especially for a cyclist, is the free-roaming dogs... I mostly stopped, got off my bike, and walked past them, trying to stay calm and help them understand that I was no threat to their territory. (They seem to really be annoyed by cycling, it must be that exact kind of speed, the rolling wheels and the pedaling…)

By now, I know much more about the situation and am glad to see that many people help by getting them spayed or neutered.

What has Romania brought to your life?

Diversity, ingenuity, unspoiled wilderness and nature, lots of time spent less busy (which we all can hugely profit from!), new friends, the freedom to live a simple life that's not possible anymore as such in other parts of Europe…

How has Romania changed since you first arrived?

Lots of garbage have disappeared!

A lot of new houses are going up even in remote places like Sulina. I wish there would be a bit more care for a traditional style…

What are the three things you like most about Romania and why?

Its wilderness areas - obviously because they are still there.

Its cultural diversity - it is just awesome.

Its people - they are great.

Some peoples' way of dealing with problems - only at the last moment and then sloppily.

What is your favorite place in Romania and why?

I don't know yet - I have seen so many wonderful places that I can't make a definite decision, and yet I haven't seen all…

But since I live in Sulina, it seems to be my favorite place right now!