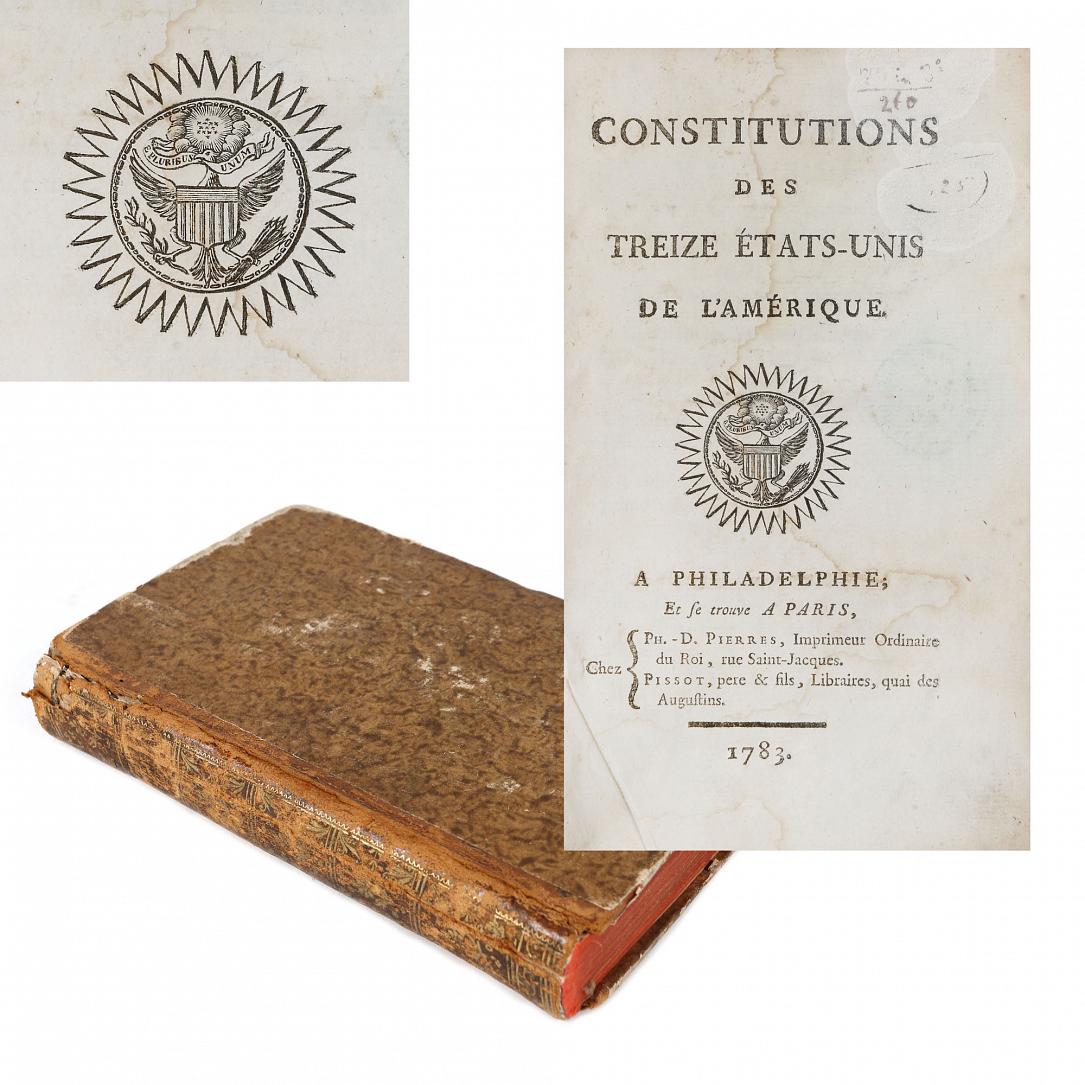 A French-language edition of the first version of the US constitution, translated into French by Louis-Alexandre de La Rochefoucauld, will go on sale at Artmark’s Sacred Art auction, to be held on April 27, the auction house announced.

Constitutions des treize etats-unis de l`Amerique, printed in 600 copies, has a starting price of EUR 1,500. It covers the constitutions of the 13 states of the time and a statute of the confederation (articles of confederation).

It was translated into French for Benjamin Franklin, who was sent to France in 1776 to gain support for the US independence.

In the 19th century, the item on sale belonged to the Romanian Library in Paris, set up in 1846 by the Romanian Students Society. It worked to highlight the national culture and the Romanian language to support the need for the Romanian principalities’ union. The library was dismantled in 1945, and its book collections were scattered.

The Sacred Art auction includes some 200 rare icons and old books. The items are on display at the Cesianu-Racoviță Palace in Bucharest. The public can see the exhibition for free until April 27.