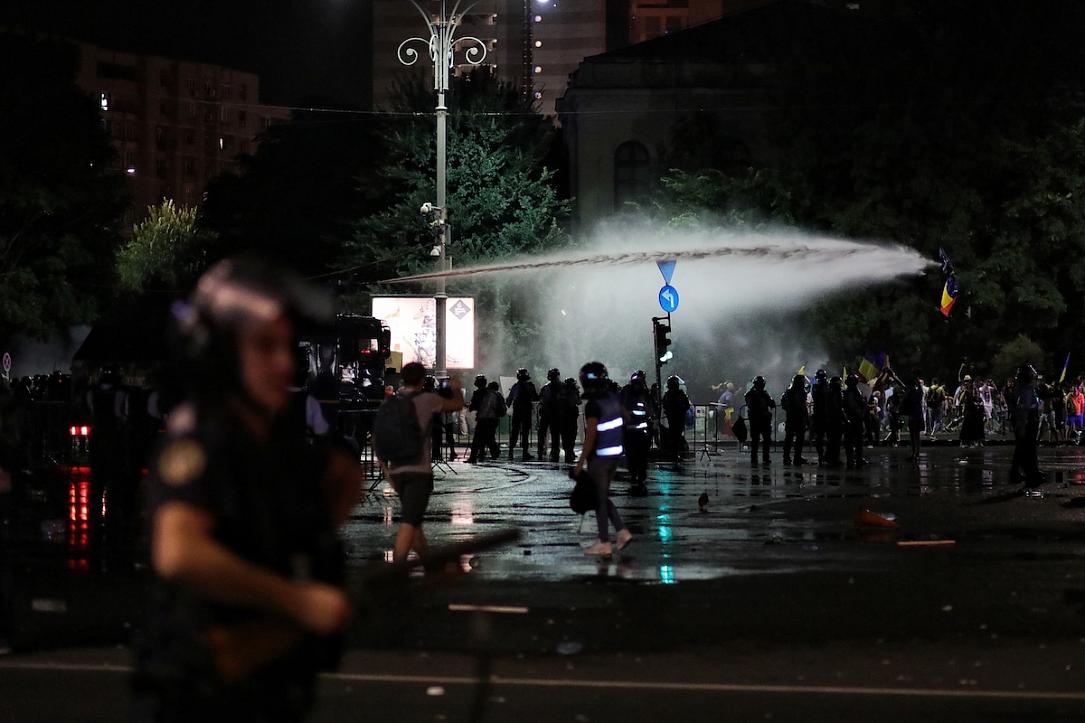 Update 2: The Gendarmes cleared Victoriei Square after 23:00 to end the protest. They went at the protesters with tear gas and fully equipped forcing them to back out of the square.

However, groups of aggressive protesters continued to clash with the gendarmes. Moreover, during the clashes, the protesters apparently took two pistols from the gendarmes, according to local Digi24.ro. Several fires also broke around Victoriei Square after the perimeter was cleared.

The number of people injured or who got sick during the day’s events and needed medical care reached over 240, including several gendarmes.

Former culture minister Vlad Alexandrescu, now a senator of Save Romania Union (USR) opposition party, said one of his daughters got sick during the protest after inhaling tear gas. He accused the authorities’ forceful intervention. “They threw tear gas in the middle of the crowd. It didn’t matter that there were children, elder or sick people. Thousands of peaceful people were hit by clouds of tear gas,” Alexandrescu said.

President Klaus Iohannis reacted to the day’s events in a Facebook post, condemning the gendarmes’ “brutal intervention, strongly disproportionate when compared to the behavior of the majority of people in Victoriei Square”.

“The attempt to break the people’s will through a violent law enforcement reaction is condemnable. The interior ministry must urgently explain the way she managed this evening’s events,” Iohannis wrote.

Update: The protest in Bucharest on Friday, August 10, took a violent turn as some groups of protesters clashed with the gendarmes guarding the square in the afternoon and then again in the evening. The Gendarmerie announced that it may could intervene and clear the square.

The number of protesters in the square grew in the evening to about 50,000, according to Stirileprotv.ro. Other media estimated the crowd at some 100,000. The protesters lit up their mobile phones at 21:00.

Most of the protesters were peaceful and some even had their children with them. Many came from hundreds or thousands of kilometers away to join the protest. Others joined them from Bucharest to protest against the ruling coalition and the Government’s policies.

However, several groups of protesters provoked the gendarmes throwing bottles, pavement pieces and other things at them. Most likely, these aggressive protesters were part of football galleries in Bucharest. The gendarmes responded by throwing tear gas at the crowd and even used the water cannons against some protesters.

Some 170 people were hurt during the clashes over the day, most of them protesters but several gendarmes as well.

The first incidents between the participants at the big Diaspora rally in Bucharest and the gendarmes guarding them occurred after 4:00 PM, when a group of protesters forced their way to the Government’s yard. The gendarmes intervened and stopped them using tear gas and several protesters felt sick and needed to be taken away by emergency crews.

The protesters started shouting against the gendarmes asking them to stop using tear gas as there were also children in the crowd. Traffic in Victoriei Square was restricted as the number of protesters in the square started growing.

Some protesters say there are people infiltrated among them who want to provoke the gendarmes and cause tension. Meanwhile, others came "armed" with cardboard forks and axes in response to a fake news piece earlier this year at Romania TV news station which announced that armed protesters would try a revolt in Bucharest.

A group of fully equipped gendarmes is stationed in the middle of the protesters trying to maintain some order. Live streams of the protest is available here: 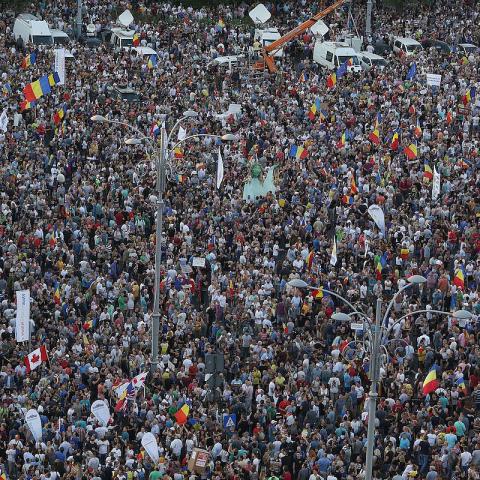 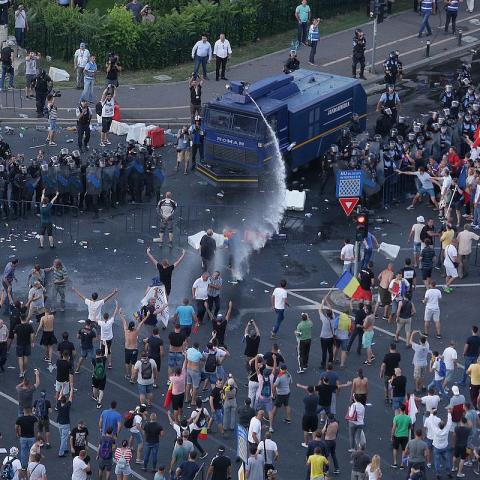 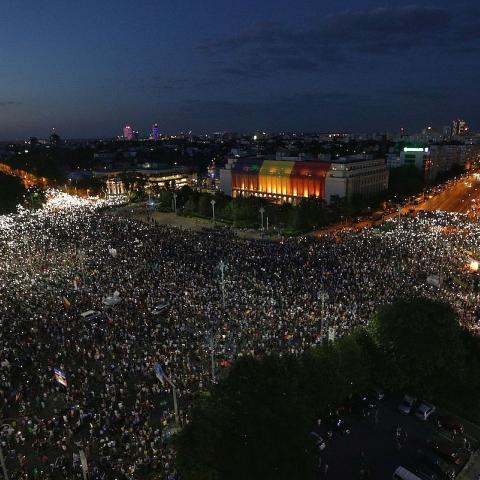 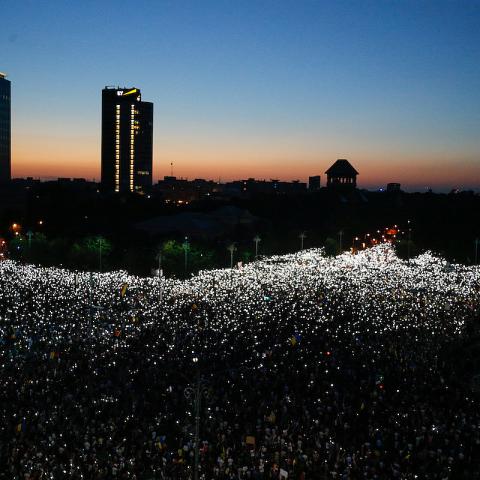