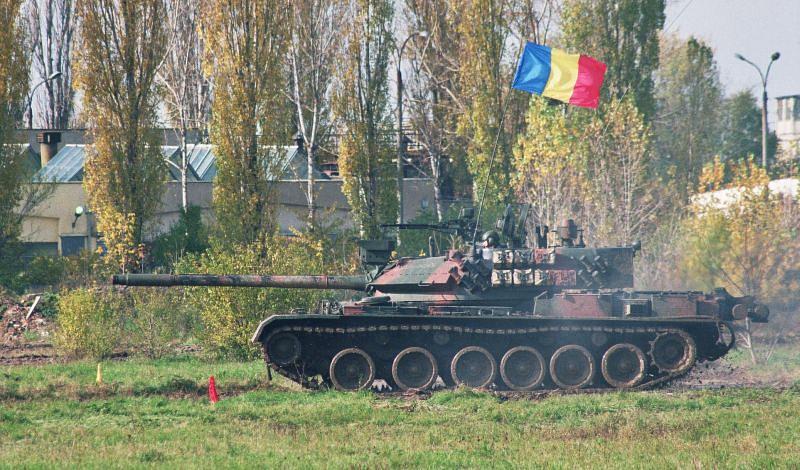 The recently declassified documents from the archive of the Central Intelligence Agency C.I.A. point to Romania’s military capabilities in the post-World War II, communist period. The documents are now public following the Executive Order 13526, which requires the declassification of nonexempt historically valuable records 25 years or older.

New military devices, the acquisition of equipment or various works conducted at military sites are presented in various instances.

A 1984 document looked at The First Indigenous Romanian Radar in Development. The radar was identified at the Bucharest Military Electronics Production and Repair Plant. Besides describing the device, the document outlines a pattern of prototype production of Romanian military equipment at repair facilities. “Prototype production of Romanian military equipment at repair facilities appears to be an established pattern. Prototypes of the Romanian-built tank, the TR-77, were developed at Mizil Armored Vehicle Repair and Development Plant. Probable prototypes of a new mechanized infantry fighting vehicle (MICV), seen in the August 1984 parade, and similar to the Yugoslav M-80 MICV, have also been seen at Mizil,” the document reads.

Several Romanian cities where military facilities were located were presented in various papers.

A 1979 document is dedicated to the Bacau airframe plant, the largest airframe plant in Romania, while a 1982 paper looked at the multiple rocket launcher M-1979 production facility in Bacau airframe plant. “Thirty-six Romanian multiple rocket launchers M-1979 and sixteen 5-TON DAC-665-T trucks (used as he chassis for the M-1979 MRL) were at Bacau airframe plant. The M-1979 is a 40-round 122 mm MRL first identified with Romanian army units in 1981. Twenty-nine of the M-1979 MRL and two of the DAC-665-T chassis were unpainted. The remainder of the vehicles appeared to be in dark-toned military paint. The vehicles were on a painting apron near the final assembly building. The large number of M-1979 MRL and the fact that many were unpainted indicates that series production/ assembly of this Romanian rocket launcher is underway in Bacau.”

At the same time, a 1953 document looked at the town of Fagaras, a large military training center and “probably one of the largest, if not the largest, producers of explosives in Romania.” The document outlines the main buildings in the city, including the army barracks with a capacity of about 2,000, cavalry barracks with a capacity of about 5,000, and the ammunition powder plant.

A similar 1958 report looks at the city of Arad and its main buildings, including the military barracks, at the time occupied by Soviet troops and the large slaughterhouse, where, the report notes, “only communists get their meat here. Much of it is also taken by the Soviets.”

Another document looks at the munitions factory in Cugir. The 1951 report details the plant’s layout and labor capacity. Cugir is the subject of several other documents on the Cugir Ordnance Plant, the Weapons and Ammunitions Plant in Cugir, or the Cugir Factories.

A 1984 document looked at New Artillery Deployments in Romania and noted that the first operational deployment of 152 mm gun-howitzer D-20 to a Romanian unit and the first confirmed Chinese-designed 130 mm field guns type were identified in the country.

Another 1978 document was drafted on the topic of Probable Patrol Boat Construction and Shipyard Expansion Activity at Mangalia Shipyard Cala de Adocare, while a 1984 document highlighted that a Romanian infantry fighting vehicle was in development in Mizil.

Not military-related, the regime’s approach to mass communication is described in another, 1953 document that looked at the Foreign Radiobroadcasting Reception Potential in Romania. The documented noted that Romania was engaged in a “long-range program designed to enhance effectiveness of radio broadcasting as an instrument of state.” Although the confiscation of private receivers tunable to foreign “anti-state” programs was not enforced at the time, the document mentions several other “indirect” methods preventing the spread of foreign broadcasts. These included radio receiver pricing and taxation, adding economic pressures on the population; listener intimidation; jamming of foreign “anti-state” broadcasts; and sporadic confiscation of receivers.

The recently declassified documents can be accessed here.